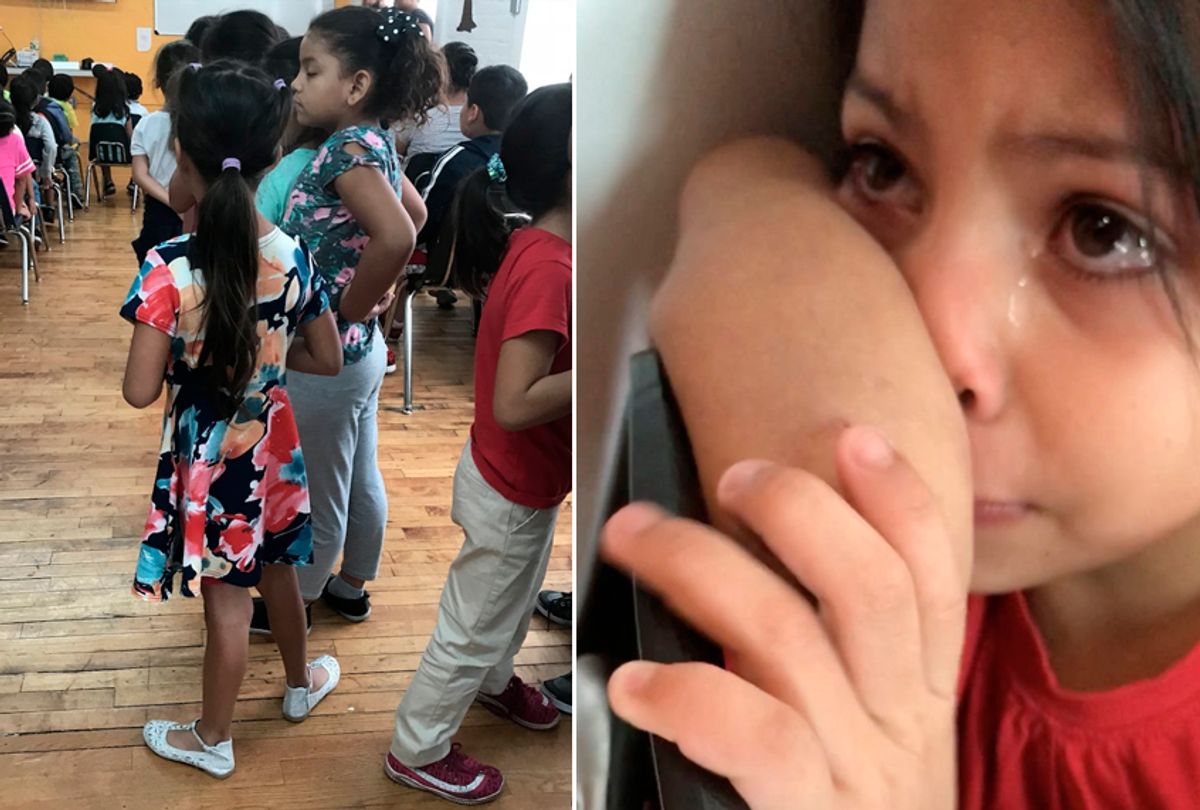 MSNBC's Rachel Maddow just aired footage surreptitiously recorded inside a detention center in New York City, where migrant children recently separated from their parents at the border are currently being held. The exclusive pictures and videos — some of the first images of children at the center of an international controversy — were taken by a former employee who worked at the East Harlem Cayuga Centers until last week.

The former employee told MSNBC that she quit her job in protest of President Donald Trump's "zero-tolerance" crackdown on undocumented immigrants.

Her footage showed children eating and playing in what appears to be a classroom-like setting inside the facility. It also showed a heartbreaking video of an employee struggling to get information from a distressed young girl crying for her mother.

Maddow explained that the former detention center employee broke rules against asking the girls how they are doing and hugging them when they cried.

"It's very heartbreaking to know there's children, even if it were just one. But there's a lot of them in my program and it's sad to know that these children are crying for their parents. They don't know where their parents are," she continued.

The former worker said the president's "zero-tolerance" policy has caused a "huge influx" of little children arriving at the detention centers alone.

"The amount of kids that are little, that are coming alone — compared to the amount of teenagers — it's way higher, so that tells you a lot. How are these kids coming alone?" she asked. "That's not okay. They're not coming alone. They're getting separated at the border."

She also said workers at the migrant facilities were not allowed to comfort the children or know what's going on with them.

Later in the segment, the MSNBC host shared audio that captured an employee at the same New York City facility warning children against speaking to the press because it could potentially hurt their chances of reuniting with their families.

"If for whatever reason you talk to a reporter, you know what's going to happen to your case?" a woman is heard saying in Spanish. "It is going to be on the news and then one doesn't know what is going to happen. If you are going to last here for a long time I am not trying to scare you. I am just telling you, it's the truth."

Some of the other first clear photos at these child detention centers were revealed over the weekend by Michael Avenatti, the attorney for adult film star Stormy Daniels.

A vocal Trump critic, Avenatti published two photos from within the Cayuga Centers in Manhattan.