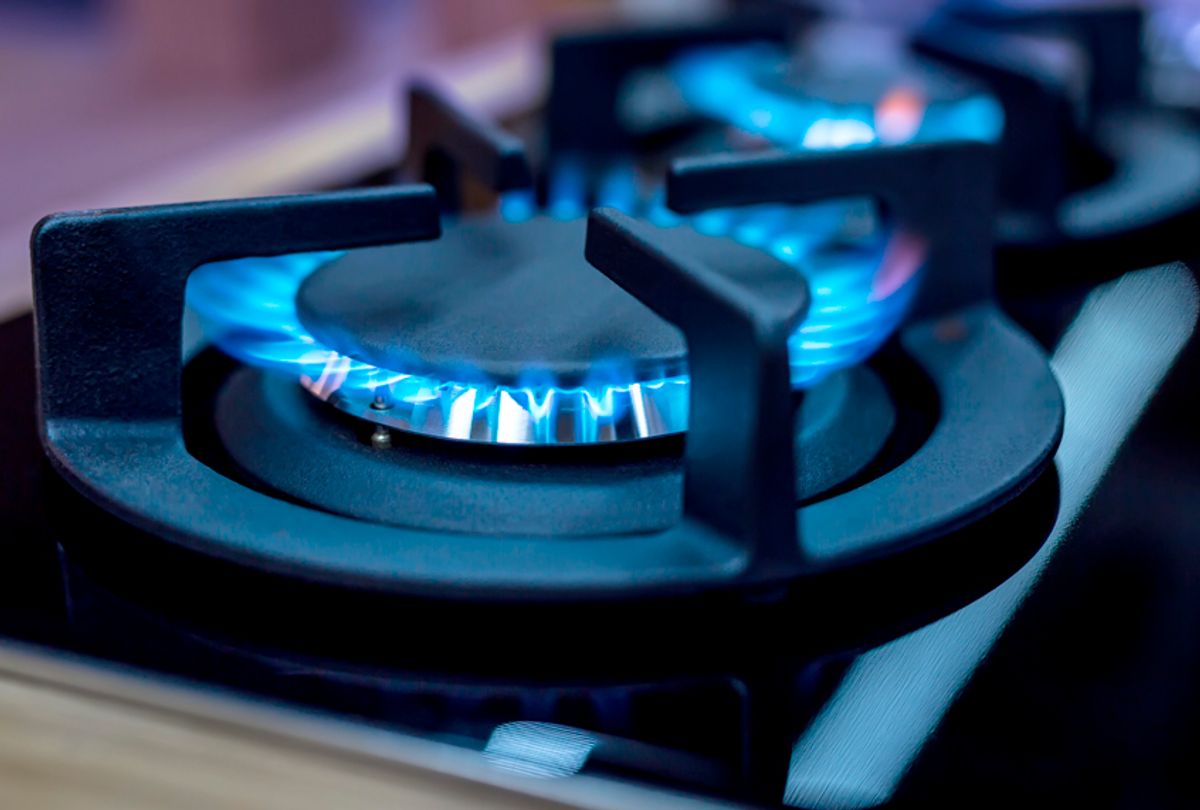 Among the three fossil fuels — coal, oil and natural gas — natural gas has long been perceived as the “cleanest” of the lot, particularly when contrasted with sooty coal. Yet a new study published in Science says that natural gas may not be the clean-burning savior that the gas industry advertises — in part due to mistakes by the Environmental Protection Agency (EPA) in calculating leaked emissions of the gas into the atmosphere.

The new study finds that there were approximately 60 percent more methane emissions from the “U.S. oil and natural gas supply chain” than previously reported by the EPA, methane being the primary component of natural gas.

Natural gas is often marketed as clean-burning due to the fact that, in combustion, it produces about 50% less carbon dioxide than coal. The natural gas industry is fond of citing this fact; for instance, Clean Energy Fuel Corp., a natural gas fuel provider, incorporates the word "clean" into their branding in dozens of instances on their website and marketing materials.

However, this study notes that such claims do not take into full account the emission potential of un-combusted, raw methane itself, which often escapes into the atmosphere during extraction and distribution. Indeed, methane on its own is a potent greenhouse gas; methane emissions from livestock, for instance, are a major source of greenhouse gas emissions — a fact that has driven an environmental movement towards vegetarianism as a means of reducing methane produced by cows and pigs.

The study, which was championed by scientists across the nation, including Dr. David Lyon of the Environmental Defense Fund, calls into question the oft-advertised environmental benefits of using natural gas instead of coal or oil. Still, Lyon explained that one major advantage of switching from coal to gas is that there could be lower carbon dioxide emissions in the long run, even if there are short-term increases in atmospheric methane; that’s because “[Methane] is removed from the atmosphere much more rapidly than [carbon dioxide],” as the study’s authors note.

“There will be damage from the methane emissions from increased natural gas usage. . . You're really not getting much climate benefit in the short term” from switching to natural gas, Lyon told Salon. “It’s a combination of reducing the methane emissions now — to have less short-term effects — but also transitioning to renewable energy in the long term,” he added.

Lyon also noted that this study demonstrates how the EPA is failing to utilize accurate systems of methane emissions estimation.

“One of the biggest implications is that not only are emissions underestimated, but that it is relatively easy to underestimate emission with some of the the common approaches used by [the] EPA,” Lyon said. “So they use a lot of a component or equipment level measurements to estimate emissions…  and [that] tends to be inadequate by itself.”

Though the paper appears to have huge implications for whether natural gas is truly a “clean” source of energy,  some researchers, such as Dr. Robert Howarth, a professor of ecology and environmental biology at Cornell University, say the long-awaited paper had little that was “ truly new or surprising.”

Howarth told Salon via email that though he believes the study is authored by several “very good scientists,” there are several biases that he thinks meant the paper actually underestimated methane emissions.

“In this case, the authors have completely ignored methane emissions that occur during the drilling phase, despite the conclusions in Caulton et al. (2013) that emissions can be very high during drilling,” Howarth wrote.

Howarth also said that the study relies on EPA estimates for methane emissions from urban distribution systems, which are notably low, “perhaps by 10-fold.”

“The EPA estimates are based on work from before 1996 that was never peer-reviewed and has not held up well,” Howarth wrote.

Despite his criticisms surrounding the study, Lyons said that it could show the EPA, as well as big companies, that there are new data sources and methods for measuring emissions that will help them better understand the effect of natural gas extraction pollution.