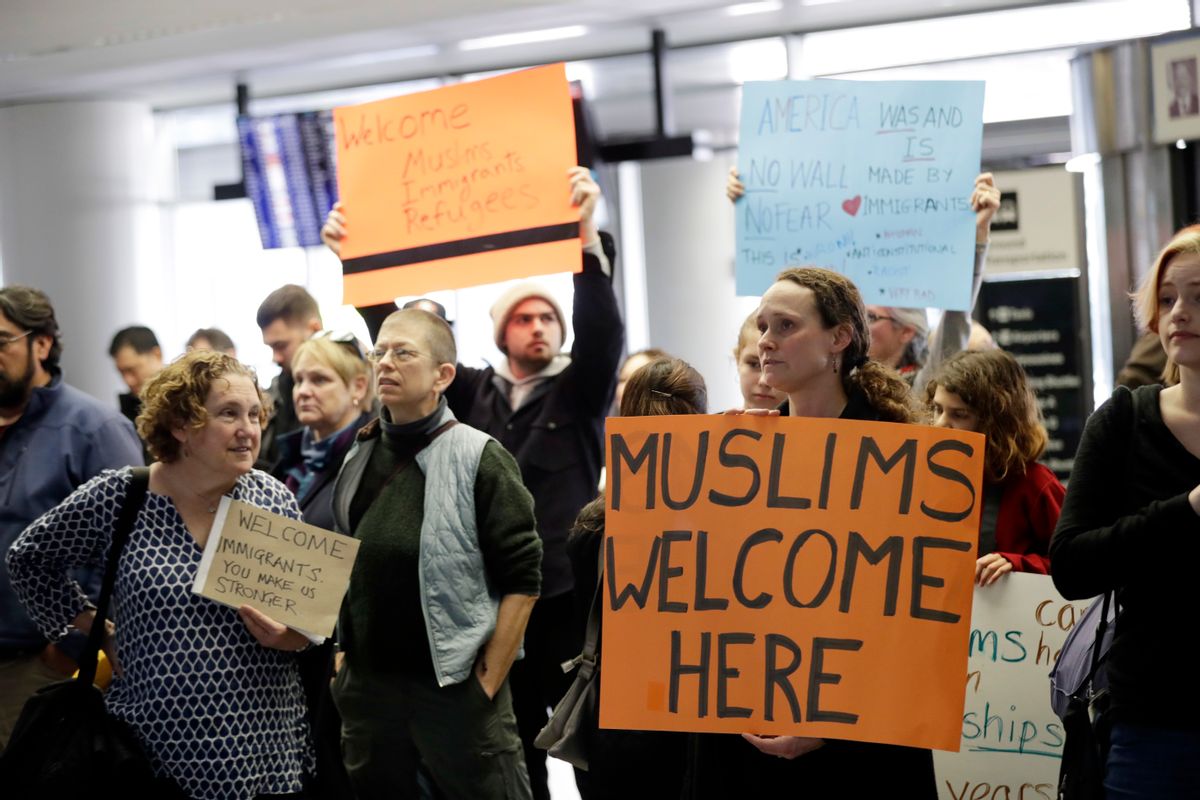 The Supreme Court upheld the latest version of President Donald Trump's ban on travel to the U.S. by people from several Muslim-majority countries, in a ruling Tuesday that hands the White House a victory on one of its most controversial measures.

The ruling was 5-4 along partisan lines, with Chief Justice John Roberts writing for the conservative majority.

The court said that Trump didn't violate the law last September when he prohibited U.S. entry by travelers from eight countries, six of them with Muslim majorities. They are Chad, Iran, Libya, North Korea Somalia, Syria, Venezuela and Yemen. Chad was removed from the list in April, and the latest version adds new restrictions on North Korea and Venezuela.

Roberts wrote that regulating immigration is "within the scope of Presidential authority." He also rejected the challengers' claim that the policy was driven by anti-Muslim bias.

The Chief Justice was careful not to endorse the Trump administration's inhumane immigration rhetoric in general and about Muslims in particular.

"We express no view on the soundness of the policy," Roberts wrote.

Justice Sonia Sotomayor wrote in a dissent that based on the evidence in the case "a reasonable observer would conclude that the Proclamation was motivated by anti-Muslim animus." She said her conservative counterparts arrived at the opposite conclusion by "ignoring the facts, misconstruing our legal precedent, and turning a blind eye to the pain and suffering the Proclamation inflicts upon countless families and individuals, many of whom are United States citizens."

He called the Supreme Court decision a "tremendous victory" and a "moment of profound vindication."

Trump has previously argued that his travel ban is necessary to protect national security.

During the televised signing of his first travel ban in late January 2017, Trump, after reading its title, "Protecting the Nation from Foreign Terrorist Entry into the United States," had said, "We all know what that means."

The executive order was immediately met with intense scrutiny and massive protests and was quickly frozen by the courts.

In his second order, Trump attempted to present a national security-related basis for why the policy is necessary. In a letter written to Trump and dated March 6, the day the president signed the revised travel ban, Attorney General Jeff Sessions and Homeland Security Secretary John F. Kelly stated that the new order is needed to help address "a risk to our nation's security." The letter attempts to highlight a key difference between Trump's earlier ban and his second order.

"Preventing and responding to terrorism at home encompasses thousands of national security personnel across the federal government — in effect, we admit individuals at risk for terrorism and then try to identify and stop them from carrying out their terrorist activities," Sessions and Kelly wrote. "This places unacceptable stress on our law enforcement resources, which could be better spent on other efforts to weaken those terrorist organizations, protect the homeland, and safeguard our national security."

The American Civil Liberties Union said the latest decision is "not the first time the Court has been wrong, or has allowed official racism and xenophobia to continue rather than standing up to it."