Turnabout is fair play, Democrats argue. But is their effort to stop the cementing of a conservative court futile? 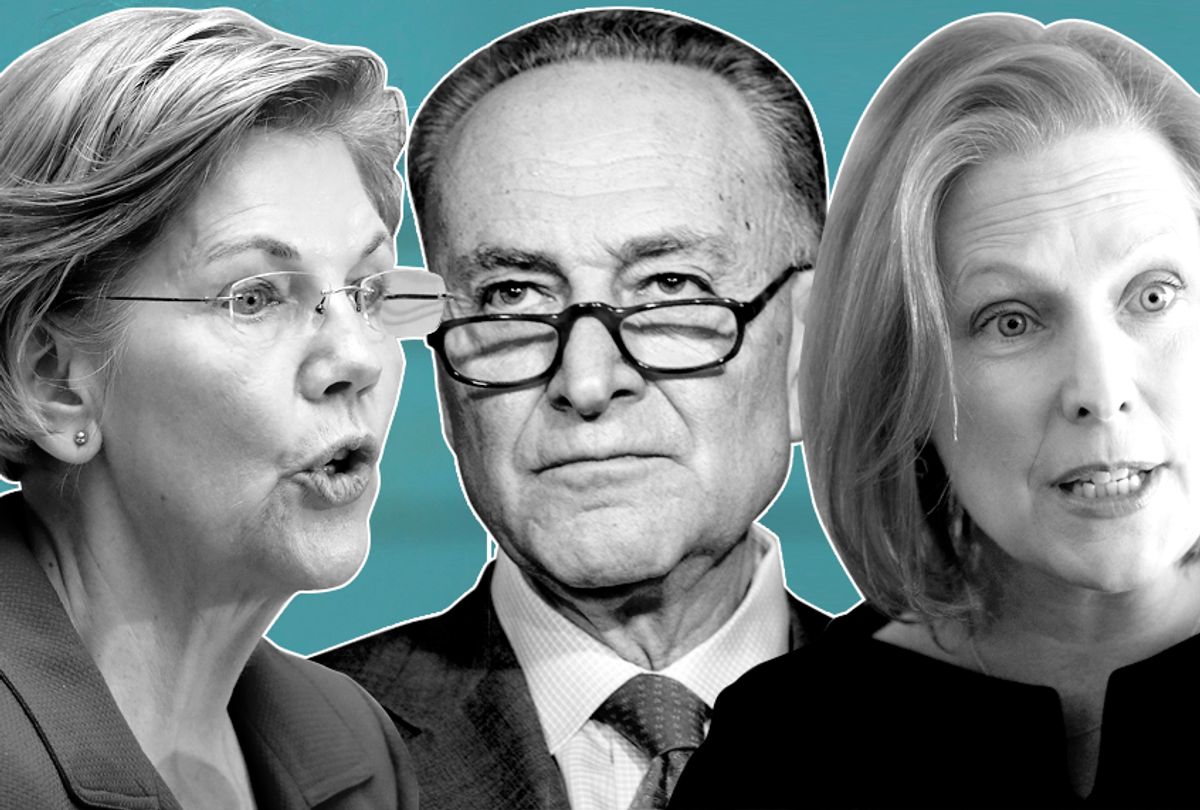 Justice Anthony Kennedy announced on Wednesday that he would be stepping down from the bench after more than 30 years on the nation’s highest court.

Following the news of Kennedy's retirement, President Donald Trump said his administration will immediately "begin our search for a new justice of the United States Supreme Court."

U.S. Senate Majority Leader Mitch McConnell, R-Ky., said the Senate will confirm Justice Kennedy's successor this fall — before this fall's midterm elections. In 2016, Republican senators, led by McConnell, argued that the president should delay filling a Supreme Court seat during an election year. Now, however, with Trump as president and a Republican-controlled Senate, the GOP wants to rewrite its own new rules.

The nomination battle will likely ignite significant controversy on Capitol Hill as it comes just a year after Republicans changed the rules of the Senate in order to ensure the confirmation of Justice Neil Gorsuch. Democrats have already started pushing back against filling an open seat during an election year — but it seems that they're still searching for a unified message.

Following news of Kennedy's retirement, DNC Chair Tom Perez called the November elections "the most important of our lifetime."

"Democrats and Republicans should reject any nominee who won't uphold our constitution and our basic human rights, and who would vote to overturn Roe v. Wade," Perez said in a statement. "We must make our voices heard at the ballot box for the millions of American families who are counting on us.

Democratic lawmakers agreed with Perez, saying the seat should not be filled until after the 2018 midterm elections.

"Our Republican colleagues in the Senate should follow the rule they set in 2016: Not to consider a Supreme Court justice in an election year," Sen. Chuck Schumer, D-NY, said.

Sen. Kamala Harris, D-Calif., agreed with Schumer, saying, "We should not vote on confirmation until [the American people] have voted at the ballot box."

As did several other top 2020 Democratic presidential contenders in the Senate:

"We should listen to what Sen. McConnell said in 2016," tweeted Sen. Bernie Sanders, I-VT. "President Trump should not nominate, and the Senate should not confirm, a Supreme Court justice until the American people have had the opportunity to make their voices heard in November."

Sen. Dick Durbin, D-Ill., said: "With so much at stake for the people of our country, the U.S. Senate must be consistent and consider the President's nominee once the new Congress is seated in January."

"Good call," Durbin tweeted, along with a 2016 tweet from McConnell in which he said, "The American people should have a voice in the selection of their next Supreme Court Justice."

Sen. Bob Menendez, D-NJ, tweeted his concern over the future of reproductive and LGBTQ rights with the retirement of Kennedy.

"With the retirement of Justice Kennedy, reproductive rights and the newly-gained rights of LGBTQ Americans lie in the hands of an extremist President," the New Jersey senator said. "The American people must demand that the President's nominee reflects Justice Kennedy's legacy as a voice for both moderation and for progress."

Meanwhile, Connecticut Democratic Sen. Richard Blumenthal said, "the Senate should do nothing artificially to delay" the consideration of the next Supreme Court justice, but "the president must appoint a fair-minded and open-minded jurist in the mold of Justice Kennedy."

Sen. Ben Cardin, D-Md., said he doesn't "want to throw the first punch here. Let's see what the president does."

Progressive pro-choice organizations expressed concern about Kennedy's replacement and the future of a woman's constitutional right to access legal abortion and reproductive care.

"The deeply-divided decisions from the Supreme Court this week are a clear warning that our most cherished values are in jeopardy, and now hang in the balance," she continued. "Women will not go back to the days when abortion was illegal in this country."

Nancy Northup, President and CEO of the Center for Reproductive Rights, echoed Hogue.

"President Trump has promised to nominate Supreme Court justices who will overturn Roe v. Wade. That promise should set off alarm bells for anyone who cares about women—and the Constitution."

"The stakes of the coming nomination fight are extraordinary. The future of reproductive rights is on the line," Northup continued.