How the director of "Raj and the Rebellion," now streaming on Salon Premium, made an accidental short about failure 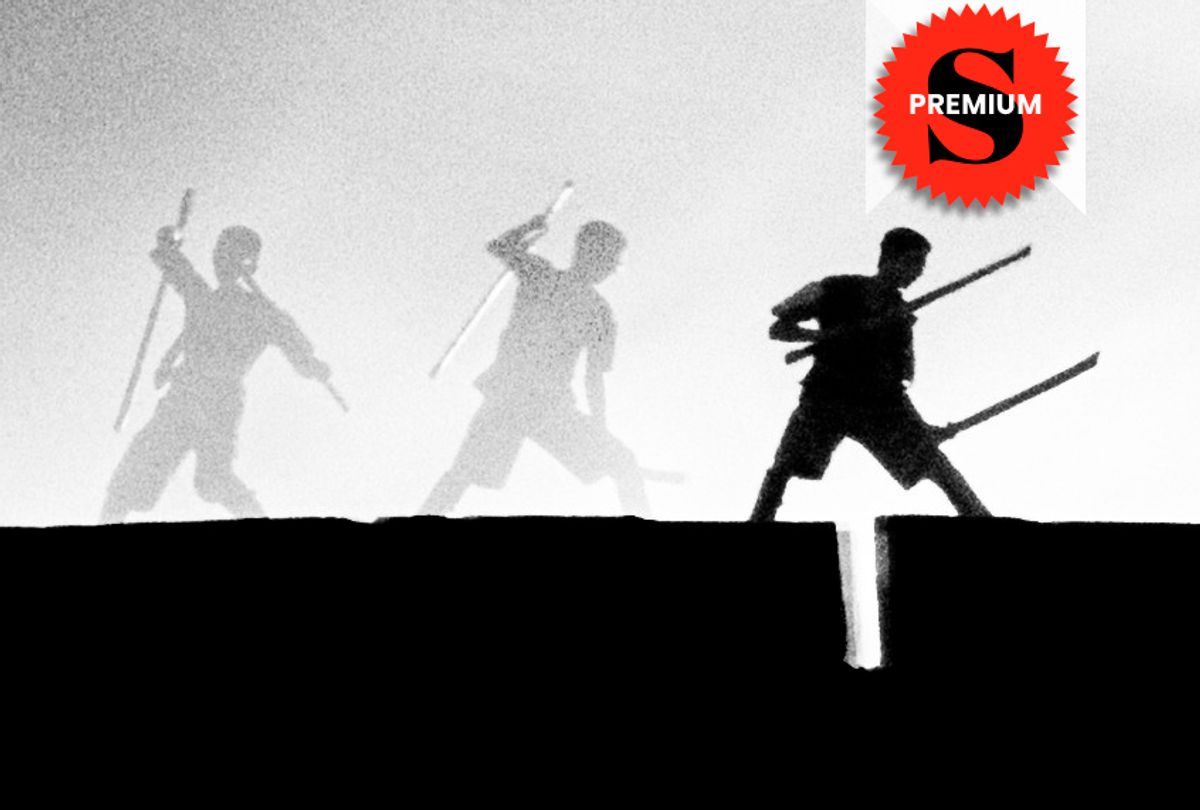 You can watch the full documentary "Raj and the Rebellion" on Salon Premium, our new ad-free, content-rich app. Here's how.

Reich spoke to Salon about getting to know his subject and the unexpected response the film received at the Nantucket Film Festival.

What came first for you, Raj or the general subject of live-action role play?

I first found out about the general LARP group in the San Francisco Chronicle. I found out they were meeting every Wednesday in a nearby park in Palo Alto. So when I first approached them about the idea for the film I was imagining something much bigger and with lots of different kids involved, but due to the restrictions of how many rolls of film I had (equaling only 15 minutes of total usable footage) I had to scale the idea back.

Also I had handed out these sign up sheets for everyone and asked them to return them the following week with release forms from parents — and when I returned, only Raj had done it! So I knew he was my guy.

Are you a current or former role-player yourself?

No, I’ve never done any kind of role play games in my life, besides the occasional video game as a kid.

How did your understanding and relationship with Raj evolve during the production of the film?

I think the film itself shows exactly how our relationship evolved. Basically I thought it would be a piece of cake to understand and capture a sense of what his LARP world is like, and I quickly found out it was so complex and difficult to grasp for an outsider, that he had to keep explaining things to me. I don’t know if he found this as funny as I did, but he was a good sport about it and seemed excited to share his character stories. I also had an earlier impression of him being really shy, but once we started filming, I could see on the playing field he was very vibrant and full of life and energy. I was inspired by how this fantasy game really helped otherwise shy kids come out of their shell and find some confidence in themselves.

How did you develop the fun approach to the subject of the film?

Well, since this was a film I made as an MFA student in the Stanford Doc Program, I had to do a lot of pre planning and pre-scripting of ideas. I tend to over-do this part and imagine things that are not possible in a short project like this, so that quickly fell apart once I started shooting. Again, I only had five rolls to shoot with on a 16mm Bolex Camera, so I was almost through my third roll when I realized I hadn’t captured hardly any of what I had planned. Essentially I planned to make one film, and when that failed, I had no choice with the footage I had but to make a film about that failure, which is what the film is now. I think it was a blessing in disguise though because I am happy with how it turned out.

Are there other filmmakers/films that inspired you?

It’s hard to say if anything inspired me directly on this film, as in other films that I took ideas from. The films that I tend to like are nothing like "Raj." I had never shot on the Bolex before so I wasn’t sure how it was going to look or feel during production. I went in blind and made it up as I went along.

What was Raj's response to seeing himself in the film?

He didn’t show up to the screening because he had homework to do. But I sent an email to him and his mother, and she said he liked it a lot. I need to follow up with him actually and see how he’s doing.

Yes, I was there. Actually it was quite interesting for me, because I always saw the film as funny, but during the screening nobody was laughing at all. I was talking to a few people after about this and I realized the film is actually a lot more melancholy than I was in touch with. I had just seen it too many times to sense the truth about it.

I’m just putting the final touches (sound mixing) on my thesis film, "The Warming Shed," which I will soon start submitting to festivals. Hopefully that will be out in the world in a few months. The film is a portrait of a cattle ranching family in rural Montana. Very different from Raj!

Learn to LARP and, at least a little, see the world as Raj does in "Raj and the Rebellion," streaming on Salon Premium, our new ad-free, content-rich app.