Why didn't media see Alexandria Ocasio-Cortez coming? Because she's a woman of color and a leftist

Alexandria Ocasio-Cortez's primary win over Rep. Joe Crowley was no surprise to those who actually listened 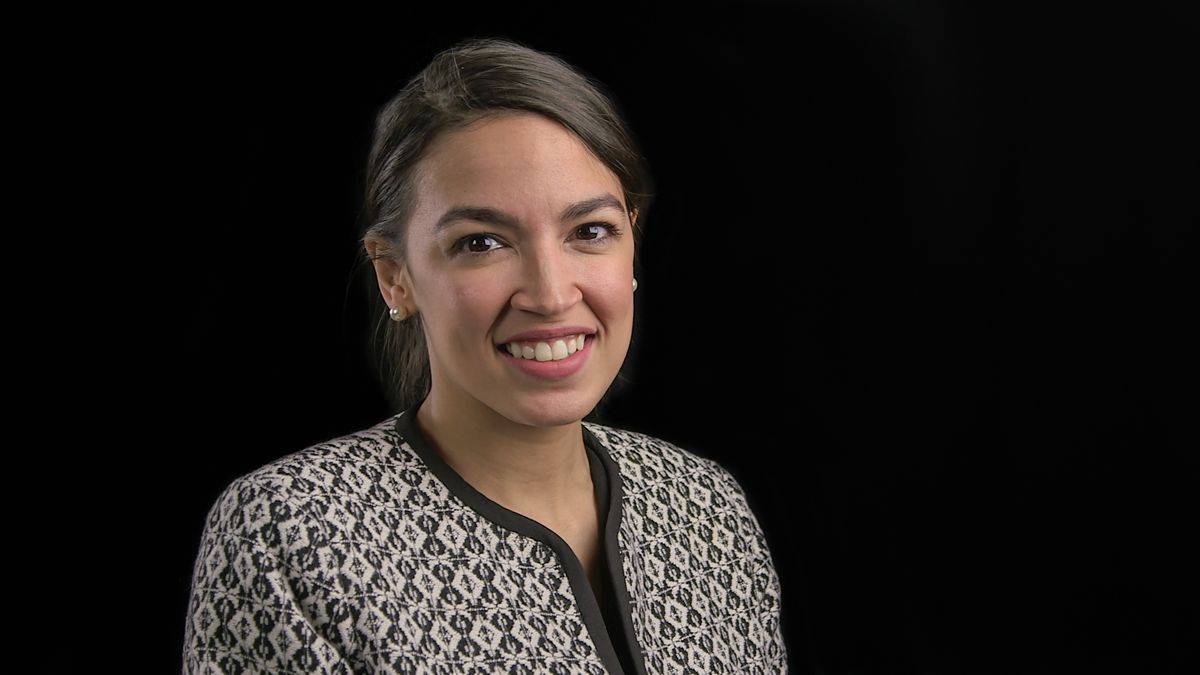 It quickly became the viral moment of Election Day. Capturing nearly 58 percent of the vote, 28-year-old Alexandria Ocasio-Cortez solidly beat Rep. Joseph Crowley of New York, the fourth-highest ranking member of the House Democratic caucus who had not been challenged in a primary election in more than a decade.

Crowley, according to the New York Times, was viewed as a potential candidate for House speaker if his party regained control of the lower chamber of Congress in November's midterm elections. Ocasio-Cortez, in contrast, was a true rookie to politics. Perhaps that is one reason why the flagship publication of American journalism paid little attention to the race before Tuesday – even though it occurred in its own backyard. New York's 14th congressional district encompasses parts of the Bronx and Queens, just a few miles north and east of the Times' offices in midtown Manhattan.

A tweet from the Times in the wee hours of Wednesday in the wee morning hours from the Times carried the status, "Who Is Alexandria Ocasio-Cortez?" It was as if its reporters had just heard the name of the woman who they dubbed the "Democratic giant slayer" for the first time.

Drawing parallels between coverage of the race to the 2016 presidential election, Jill Abramson, the former executive editor of the newspaper who departed her post in 2014, did not mince words about the disservice the Times had done to its readers with its lack of coverage of the race.

"Kind of pisses me off that the [New York Times] is still asking Who Is Ocasio-Cortez? when it should have covered her campaign," Abrams tweeted from her official account. "Missing her rise akin to not seeing Trump's win coming in 2016."

Indeed, the Times' coverage gap could be a tangible effect of its departure in recent years from routine local news coverage. Public editor Liz Spayd discussed how the paper was shedding its city roots as it modernized its metro section in her August 2016 column:

I suspect most readers think The Times has already retreated from neighborhoods, and they’re right. The new plan simply lets the paper pump the accelerator on its way out.

But I agree with [editor Wendell] Jamieson. This idea needs to go forward. You can’t have your reporters parked in courthouses and police stations all day — or chasing fires — and still deliver memorable, ambitious stories that take time to produce.

Beyond that, when 90 percent of your audience lives outside New York, it makes sense to skip the small stuff and write stories with the kind of wattage that attracts attention from a farther distance.

That being said, the editorial direction of the Times is reflective of changes across the newspaper industry, which continues to struggle for survival in the digital age. But, does its lack of coverage of Ocasio-Cortez actually point to a much bigger bias in mainstream media?

Take CNN, for example, whose Wednesday headline – "4 major lessons from Alexandria Ocasio-Cortez's titanic upset in New York" – also implied shock over the young Democrat's novice victory. After the results hit the air, the network's senior media correspondent, Brian Stelter, admitted he had only heard about the insurgent candidate about a week ago.

"The first time I heard of [Ocasio-Cortez] was 8 days ago... when Crowley sent a SURROGATE to debate her instead of showing up in person," Stelter tweeted.

It was an odd admission, given Ocasio-Cortez's effective use of media throughout her campaign. In the wake of her victory, many pointed to a deeply personal commercial the candidate had filmed as a driving force behind her success.

"It's time we acknowledge that not all Democrats are the same – that a Democrat who takes corporate money, profits off foreclosure, doesn't live here, doesn't send his kids to our schools, doesn't drink our water or breathe our air cannot possibly represent us," Ocasio-Cortez declared.

According to the Times, the candidate "made her rejection of corporate donations and reliance on small donors a rallying cry for supporters; nearly 70 percent of her campaign funds came from individual contributions under $200."

Stelter was not the only CNN journalist who seemed shocked by Tuesday's primary results.

"This is a huge upset. Nobody thought that Joe Crowley was going down. Yes, there was some noise on the left that there was going to be a real challenge ... But there was no sense that this was going on," Harry Enton, a senior politics writer and analyst, told Don Lemon on air.

The Intercept, however, took Ocasio-Cortez's challenge seriously. As did Salon's Charlie May, who first interviewed the candidate back in April. This poses the question: Does the lack of coverage of Ocasio-Cortez point to an inherent bias in mainstream media against women, especially young women of color?

Here are highlights from May's conversation with Ocasio-Cortez earlier this year:

Explain the importance of small, individual donors, and how that's driven your campaign.

You can't serve two masters, just can't do it. You need to be funded by everyday people if you are going to represent everyday people. Period. Why would a corporation give you money if they get nothing in return? They're not charities. You can talk the talk all day long, are you walking the walk? And not enough people walk the walk. Democrats or Republicans. Not enough of them are taking the bold actions that are committed to the things that they say.

Your opponent, Joseph Crowley, has not faced a single primary opponent in 14 years. What does it say about American politics when incumbents have little to fear?

To understand why Joe Crowley has not had a primary in 14 years, in a district that's 70 percent people of color, that is very working class, that is half immigrant, that really shares nothing in common with him ... In order to understand why, you need to understand his role on the local level, and how he's tying his national influence to create a top-to-bottom machine in New York City. But, mind you, he's not the only person who does that. To use his position to attract millions of dollars in special interest funds in his own personal PACs — because you have not just his campaign fund, you have JOE-PAC, you have super PACs that you don't even know about that are affiliated with him. And so he takes his PAC, and he uses his position in Congress to funnel money to that PAC to then influence politics — and pay off, essentially, politicians on a national and local level.

He's not just the congressman; in an astounding conflict of interest, he's the congressman and he's chairman of the Queens Democratic Party. So riddle me how the chairman is supposed to be impartial in his own endorsement in the race?

The most vulnerable Joe Crowley can be is by a challenger who is an insurgent, grassroots candidate not beholden to special interests, who is from the Bronx, who is a woman of color. He's none of those things, and he's not prepared for any of those things.

You run a very grassroots campaign; tell me about your on-the-ground strategy and how it has played out so far.

A lot of groups in New York City didn't think we had the signatures to get on the ballot. They didn't think we had 1,250, because they looked at our bank account and they said, "There's no way she can afford a field operation that will do this." And we ended up turning in five times the legal requirement, and I think that that is how we win this.

That's how you revolutionize this community. Instead of hiring people who already know how to do it, our campaign went through the pains of training 141 newbies in how to collect legal petitions in the state of New York to put someone on the ballot. You can never take that skill away from that person now. Now, that person can go collect signatures for themselves . . . for any other person that they want to run. Now, we've got 141 experienced petition organizers in New York 14, that did not exist before.

Click here to read the full Salon Q&A with Ocasio-Cortez.