At least 5 dead after shooting at Maryland newspaper, suspect in custody 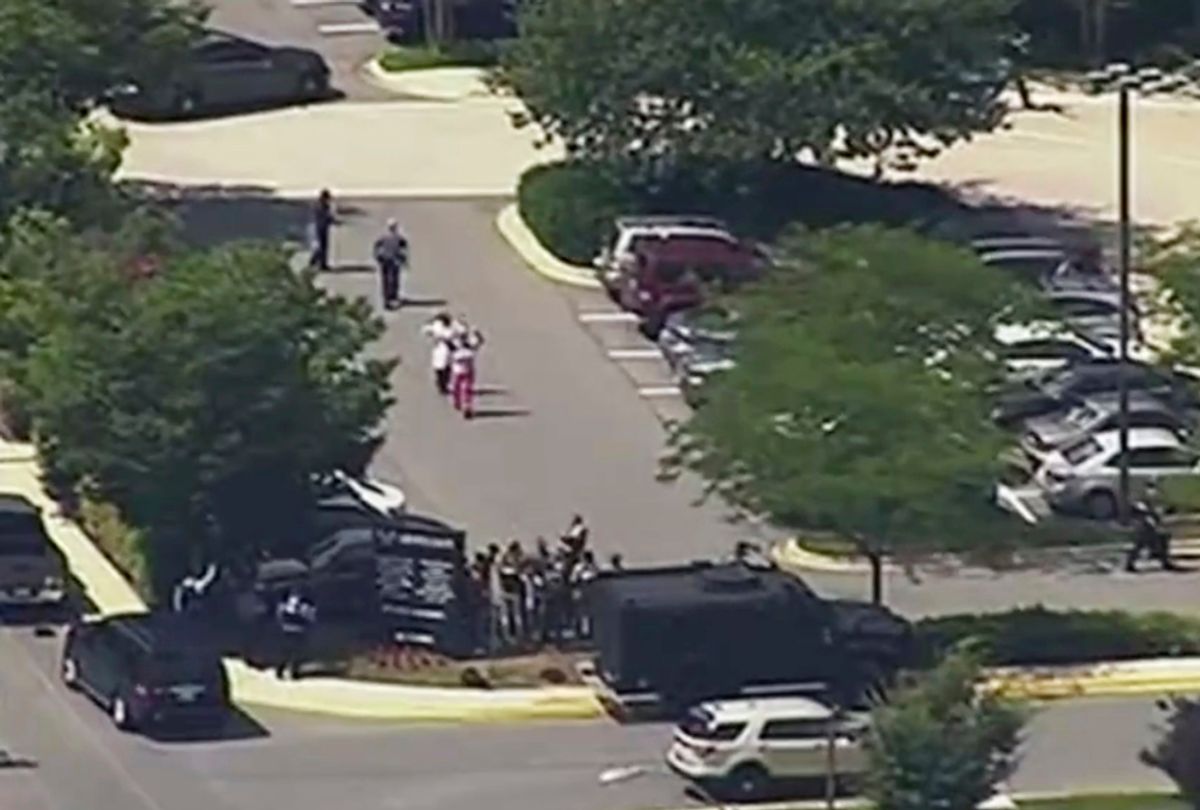 In this frame from video, people leave the Capital Gazette newspaper after multiple people have been shot on Thursday, June 28, 2018, in Annapolis, Md. (WJLA via AP)
--

At least one shooter opened fire at the Capital-Gazette in Maryland's Anne Arundel County, according to reports by the Baltimore Sun.

At least five people have been confirmed dead and there is one suspect, according to officials. Several others have been injured.

President Donald Trump has been briefed on the shooting.

"My thoughts and prayers are with the victims and their families. Thank you to all of the First Responders who are currently on the scene," the president tweeted.

Anne Arundel County Police confirmed on Thursday that there was an "active shooter" where the newspaper's offices are located. The Bureau of Alcohol, Tobacco, Firearms and Explosives also confirmed to that it was responding to a "shooting incident" at the Gazette.

Anne Arundel Medical Center says its Annapolis campus is on lockdown as it deals with response to Capital Gazette shooting.

"We are not allowing visitors to the hospital at this time. We ask all employees, visitors, patients and volunteers to stay in our buildings," a spokesperson for the center said.

Phil Davis, a Gazette reporter, continued to report even after coming under attack. He said that multiple people have been shot and are injured.

"There is nothing more terrifying than hearing multiple people get shot while you’re under your desk and then hear the gunman reload," Davis said in another tweet.

Davis said the gunman "shot through the glass door to the office and opened fire on multiple employees."

Police did not immediately respond to requests for further information, but local law enforcement sources told CNN that there are multiple fatalities.

The paper is owned by The Baltimore Sun. According to the Gazette, police were also at The Sun newsroom in Baltimore. The Gazette reports that police said there was no threat on the Sun, and that their presence was a precaution.

"Absolutely devastated to learn of this tragedy in Annapolis," Maryland Governor Larry Hogan tweeted. "Please, heed all warnings and stay away from the area. Praying for those at the scene and for our community."

The White House has been briefed on the incident.

"Our thoughts and prayers are with all that are affected," White House deputy press secretary Lindsay Waters told reporters in the Annapolis shooting briefing.

Photojournalist Joshua McKerrow, who identifies himself as working for The Baltimore Sun and Capital Gazette, shared photos from the scene on Twitter that show a heavy police presence outside.

The New York Police Department is sending officers to all major media outlets in New York City as a precaution, ABC News reports.

CNBC's chief Washington correspondent John Harwood tweeted, "My high school classmate Pat Furguson is a Capital Gazette reporter. He told his wife Becky (also a classmate) that he's safe, charging his phone, trying to find colleagues, and 'putting out a paper, goddamn it.'"