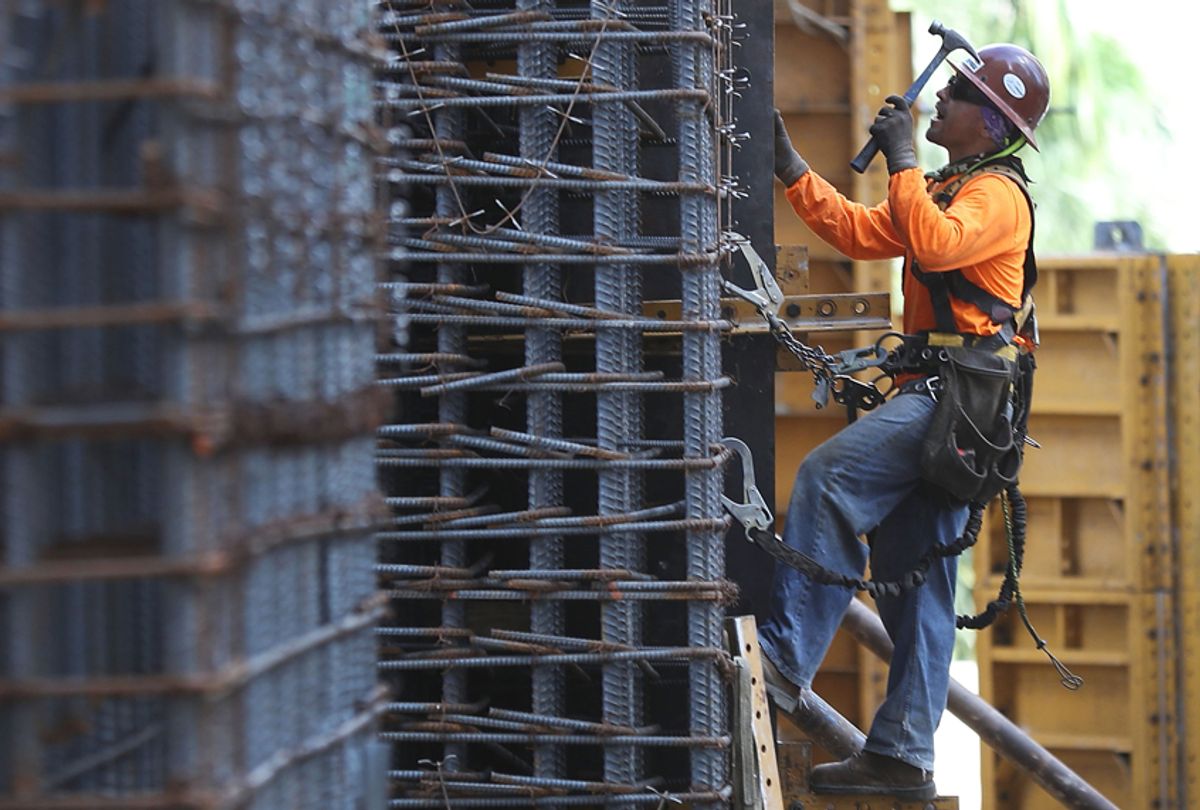 In an alarming development in the world of workplace safety, the latest statistics reveal that the number of accidental deaths on the job in America is on the rise, reversing the longer-term trend toward fewer fatal incidents.

The number of deaths hit a total of 5,190 in 2016, up from 4,836 in 2015, according to an April 2018 report by the AFL-CIO. That’s about 14 deaths each day from preventable worker accidents. It’s also the third year in a row that the number has inched up, and the highest death rate since 2010, the labor federation reported.

Workplace safety systems are “definitely in the failure mode,” says Peter Dooley, a consultant with the National Council for Occupational Safety and Health who was worked closely with labor unions over the years. “In the last two years it is getting dramatically worse. It’s just outrageous.”

The precise reasons for the rise are not simply stated, adds Peg Seminario, AFL-CIO’s long-time director of occupational safety and health. Overall patterns such as very high rates of injury in the logging and construction industries are consistent over time, she says, and there is no single employment trend that accounts for the recent rise. “The numbers are actually down in construction, but they are up almost everywhere else,” she says.

Inadequate enforcement of existing safety rules is the most commonly cited explanation for the rise, Seminario tells In These Times. A Jan. 8 report from NBC News estimates that the Labor Department’s Occupational Safety and Health Administration (OSHA) employs only about 1,000 inspectors to cover all workplaces in America—and that the number of inspectors has declined four percent since President Donald Trump took office. The number of inspectors is far too low to be effective, Seminario suggests, and OSHA has been “under resourced” for years, including during the Obama administration years.

“Construction is a good example. OSHA has a big focus on construction and construction deaths are down. The areas where OSHA has less interest are up,” she says

The figures cited by Seminario and Dooley are taken from the Census of Fatal Occupational Injuries published annually by the Bureau of Labor Statistics. The way the figures are compiled is a problem in itself, Dooley says, because it zealously protects the anonymity of employers. That diverts attention from specific workplace behavior that needs close examination and corrective action to reduce accidental deaths over time, he says.

The National Council’s answer to this problem is to publish its own “Dirty Dozen” list of employers notable for health and safety problems among their workforces. The Council uses a standard of measurement that includes non-fatal injuries and other factors, but the list stands out in that it names some very well-known companies. For example, the online retailer Amazon is on the list because it has seen seven of its warehouse workers killed since 2013. And the largest garbage disposal company in the United States, Waste Management, has had an excessive number of OSHA citations and fines. Other companies on the list are Tesla Motors and Dine Brands Global (owner of IHOP and Applebee’s restaurants).

“There is injustice in the Bureau of Labor Statistics as a totally anonymous database. There is no public record of who is dying and who the employers are,” Dooley says. The information actually does exist deep in the Labor Department files, he adds, but government policy is to keep this information out of public hands, or for use by safety experts. “This needs to be changed,” he says.

Seminario and Dooley agree that the worker safety signals coming from the Trump administration are troubling, even if the statistics are not up-to-date enough to make a direct link to increased workplace deaths. Trump’s budget proposal last year called for a 21 percent cut in Department of Labor spending, and the initial proposal for this year call for a 9 percent cut. Congress pared back last year’s proposed cut, and is expected to do so again this year, but it is clear that current Labor Department officials have no plans to take the initiative against the rise in workplace deaths, Dooley charges.

In issuing its report, the AFL-CIO noted: “The Trump administration has moved to weaken recently issued rules on beryllium and mine examinations and has delayed or abandoned the development of new protections, including regulations on workplace violence, infectious diseases, silica in mining and combustible dust.”

“At the same time, Congress is pushing forward with numerous ‘regulatory reform’ bills that would require review and culling of existing rules, make costs the primary consideration in adopting regulations, and making it virtually impossible to issue new protections.”

The reference to workplace violence represents one of the most troubling statistics buried in the government reports. According to a press release from the Bureau of Labor Statistics, “Workplace homicides increased by 83 cases to 500 in 2016, and workplace suicides increased by 62 to 291. This is the highest homicide figure since 2010 and the most suicides since the National Census of Fatal Occupational Injuries began reporting data in 1992.”

“It’s a very complicated problem,” observes Seminario. “You can devise safety regulations to avoid common and predictable accidents. But how do you do that with a homicide?”