On Fourth of July, it’s worth pondering the true meaning of American patriotism 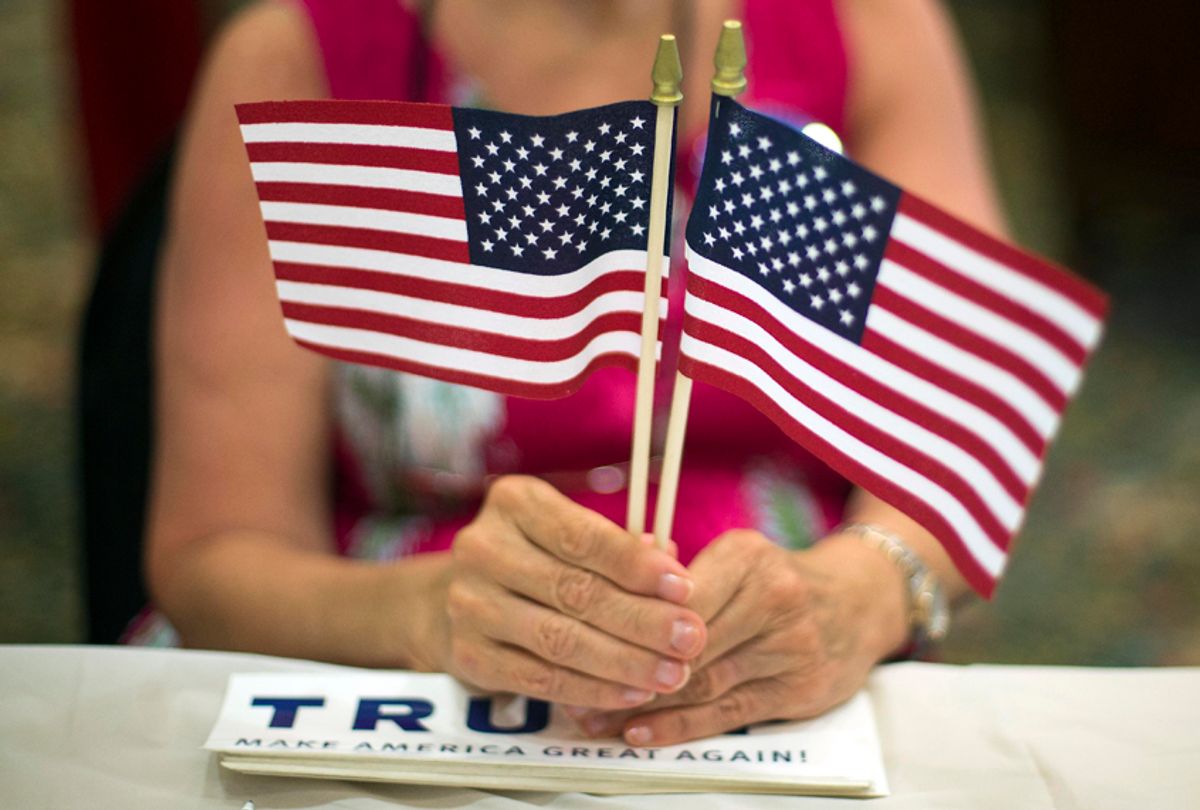 On this coming Fourth of July, it’s worth pondering the true meaning of American patriotism – as opposed to the malignant, distorted view of it propounded by Donald J. Trump.

For Trump, the central challenge of American patriotism is to secure our borders. “Without borders, there can be no nation,” he says.

But excluding foreigners has never been a dominant part of American patriotism. For most of its existence America has been relatively open to people from the rest of the world, especially those fleeing tyranny and violence.

America’s core struggle has been one of inclusion, not exclusion. We have strived to extend equal citizenship to Native Americans, African Americans, women, and LGBTQs.

The poems of Walt Whitman and Langston Hughes, and the songs of Woody Guthrie, expressed loving devotion to America while turning that love into a demand for justice.

“This land is your land, this land is my land” sang Guthrie. “Let America be America again,” pleaded Hughes:  “The land that never has been yet–/And yet must be – the land where everyone is free./The land that’s mine – the poor man’s, Indian’s Negro’s, ME –.”

Trump’s patriotism centers on symbolic displays of loyalty like standing for the national anthem and waving the American flag.

This includes volunteering time and energy to improving the community and country. It has meant paying taxes in full rather than lobbying for lower taxes, seeking tax loopholes, or squirreling away money abroad.

It also means refraining from making political contributions that corrupt our politics, and blowing the whistle on abuses of power even at the risk of losing one’s job.

Real patriotism involves strengthening our democracy — defending the right to vote and ensuring more Americans are heard, not claiming without evidence that millions of voted fraudulently and pushing for laws that make it harder for blacks and Latinos to vote.

True patriots don’t inundate government with industry lobbyists, attack the freedom of the press, criticize judges who disagree with them, or fill the airwaves with lies. They don’t direct employers to fire employees who exercise their freedom of speech.

When asked whether Vladimir Putin is a killer, Trump responded “you think our country’s so innocent?” When asked about Turkish strongman Erdogan’s disdain for civil liberties, Trump said “when the world looks at how bad the United States is, and then we go and talk about civil liberties, I don’t think we’re a very good messenger.”

True patriots don’t fuel racist, religious or ethnic divisions. They aren’t homophobic or sexist. To the contrary, true patriots seek to confirm and strengthen and celebrate the “we” in “we the people of the United States.”

Trump is the first United States president to use the term “we” to refer only to his supporters. “My supporters are the smartest, strongest, most hard working and most loyal that we have seen in our countries history,” he tweeted recently. “As we get stronger, so does our country.”

A majority of today’s Americans do worry that the nation is losing its national identity. But that identity has never been centered on our support for a particular president or his policies.

Nor, more fundamentally, has our identity depended on the whiteness of our skin or the uniformity of our ethnicity.

Our national identity has been our shared ideals.

If we are losing our national identity it is because we are losing those ideals: a commitment to the rule of law, to our democratic institutions, to truth, to tolerance of our differences, to equal political rights and equal opportunity, to participating in our civic life and making necessary sacrifices for these ideals we hold in common.

We must share these ideals if we are to have a functioning society. Without them, there is no America.

Trump is doing everything he can to destroy these ideals. We must do everything we can to strengthen them.

This is the true test of our patriotism.