In the mythos of Americana, no region is more important than the West 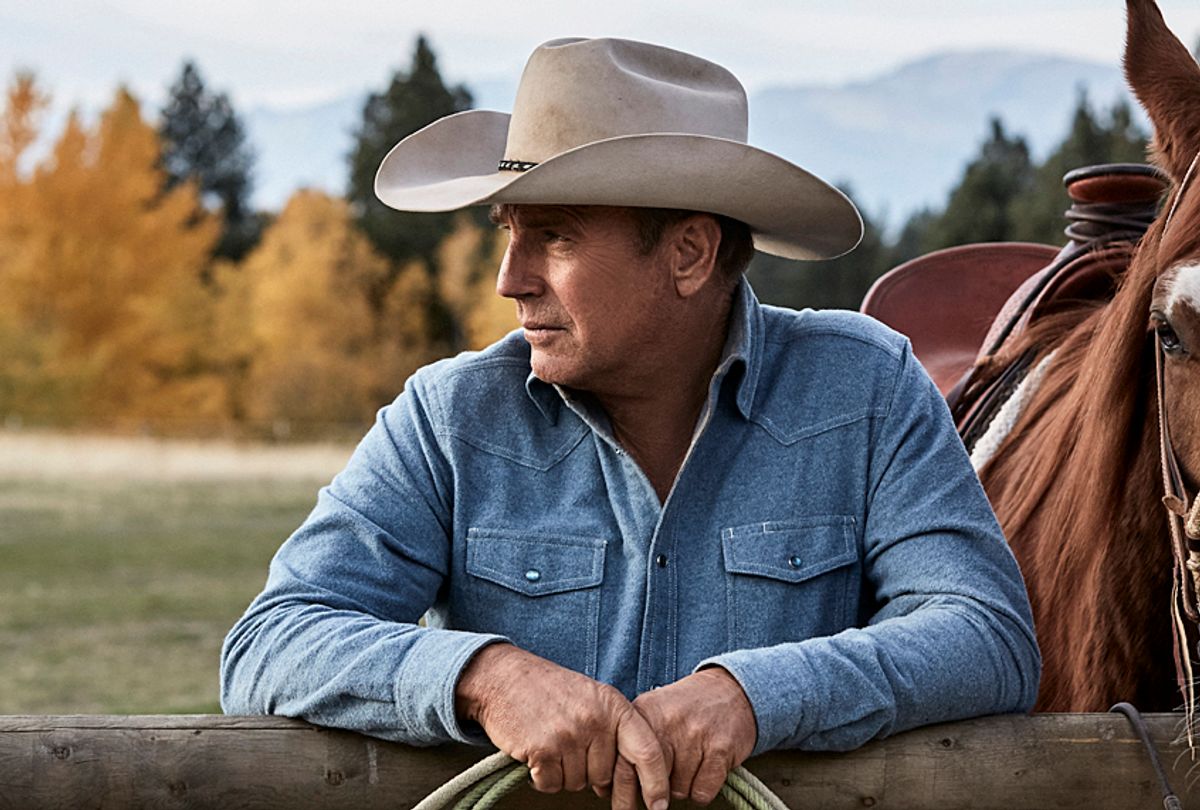 America is a country, an idea, a “dream” and a myth — functioning simultaneously as a society and a set of faith positions, complete with stories of miracles, heroes and devils. In the mythos of Americana, no region is more important than the West. Decades of Hollywood romantic treatment have turned the cowboy hat, revolver in the holster, and laconic man or beautiful woman on horseback into the iconography of “rugged individualism.”

Taylor Sheridan, the screenwriter of “Hell or High Water,” “Sicario,” and “Wind River,” has recently set his merciless eyes toward the mountains and open plains of the Northwest with his new Paramount Network series “Yellowstone.” The show stars film legend Kevin Costner in the lead role of John Dutton, the patriarch of a powerful rancher family who will resort to any tactic, within and outside the law, to maintain his wealth and power in an environment that — even with lawyers, politicians and modern technology — lives according to the might-makes-right ethic of the Wild West.

Costner’s commanding presence and performance lends gravitas to the series. His face and voice carry the freight of “Dances with Wolves,” the underrated “Wyatt Earp” and “Open Range.” Few actors and directors of the past 30 years have demonstrated such commitment to the Western, a genre that reached its peak before Costner first stepped foot on a film set. He also acts as executive producer of “Yellowstone,” alongside creator and lead writer Sheridan.

Most viewers would expect Costner in a cowboy hat to play a character nothing less than noble and heroic, but in “Yellowstone,” he plays an anti-hero in the tradition of Tony Soprano and Don Draper — a cold and hard man who, despite his redeeming qualities, employs self-interest and authority as criteria for his decision-making.

“Yellowstone” begins with Dutton embroiled in two different battles — one against a commercial developer who aspires to transform the Edenic beauty of Montana and Wyoming into yet another American monstrosity of shopping malls, subdivisions and suburban sprawl, and the other against the nearest Native American tribe, still fighting after centuries for a small claim on what was originally their property and livelihood.

Sheridan cleverly juxtaposes two Duttons within the same show. There is the Dutton deserving of the audience’s sympathy and support, the Dutton who seeks to protect his land from the assault of commercial “progress.” And there is the villainous Dutton who, as a multimillionaire able to get the governor on the telephone in an instant, is entirely incapable of recognizing how his wealth and power traces directly back to the expulsion and exploitation of indigenous people. As he is cruel in his indifference, Dutton is also unwilling to even consider any discussion, much less negotiation, with the Native American chief, who even with his own political agenda, seeks only land and cattle for the people he represents.

“Yellowstone” presents a world resting on the edge of an old knife. There are no heroes, no “good guys” — only desperate toilers and powerful tyrants warring against each other in an everlasting and unforgiving struggle for conquest.

Sheridan equips his characters with a seemingly bottomless cache of grim one liners, the philosophy of which adds up to a worldview that would make “Breaking Bad” resemble programming for Nickelodeon.

No character of the show is more darkly delightful to watch than Dutton’s daughter, Beth, played brilliantly by British actress Kelly Reilly. In her introductory scene, Beth runs a corporate rival, whose company she is buying out, through a meat grinder. By the time she is through with him, he is ready to not only sign away his business but perhaps his entire life. Her behavior toward a Dutton cowboy employee who is her on-again, off-again lover is not much gentler. After a quick tryst up against the wall in the style of Sonny Corleone, she tells him that she always makes the mistake of imagining that his “dick is bigger.”

Her dialogue is also that which most effectively captures the existentialist viewpoint of the program. She tells her inadequately endowed lover that being alive is only proof that “God feels he hasn’t punished you enough.” When her father asks her what she believes about “judgment day,” she quips, “It is every day.”

“Yellowstone” has received mixed reviews, and its detractors argue that it is little more than a soap opera with high production values, but what even its advocates seem to miss is that it presents the American West as the ultimate setting of perdition — a modern, yet ancient purgatory.

In press for the program, Kevin Costner repeatedly said that the United States was once the “Garden of Eden.” All of its vast, natural beauty and topographical diversity amounted to something extraordinary before it became the world’s capital of asphalt.

Costner also credits the program with dealing with America’s “original sin,” just as his classic film “Dances with Wolves” did so movingly, of the murder and theft of the indigenous.

The recurrence of theological terminology in “Yellowstone” and in Costner’s interviews recalls contemporary liberal Catholic belief on hell. As Pope John Paul II once speculated, “More than a physical place, hell is the state of those who freely and definitively separate themselves from God, the source of all life and joy.”

What else but the late Pope’s words describes a country where most people see beauty as a means to enlarge their bank accounts or a weapon to secure their own power?

Is there anything more important than money?

“Yellowstone,” for all of its flaws — there are actors who are miscast and story angles that feel contrived — presents a fatalistic look at a land and people where the answer is "no."

Most of the characters are rich and powerful and yet besieged by the darkness of the violent and loveless atmosphere they have created. Beth Sutton, who has fully surrendered to her predatory instincts, is the only person who seems to understand the source of everyone’s misery. Powerless to alter it, she merely speaks the truth, showing no softness for the men around her, even those in her own family — men who have chosen to live in judgment day exactly where they find themselves: hell on earth.