Young and beginning farmers: Don’t abandon us in the Farm Bill

As Congress seeks to pass a unified version of the farm bill, some programs that support new farmers are at risk 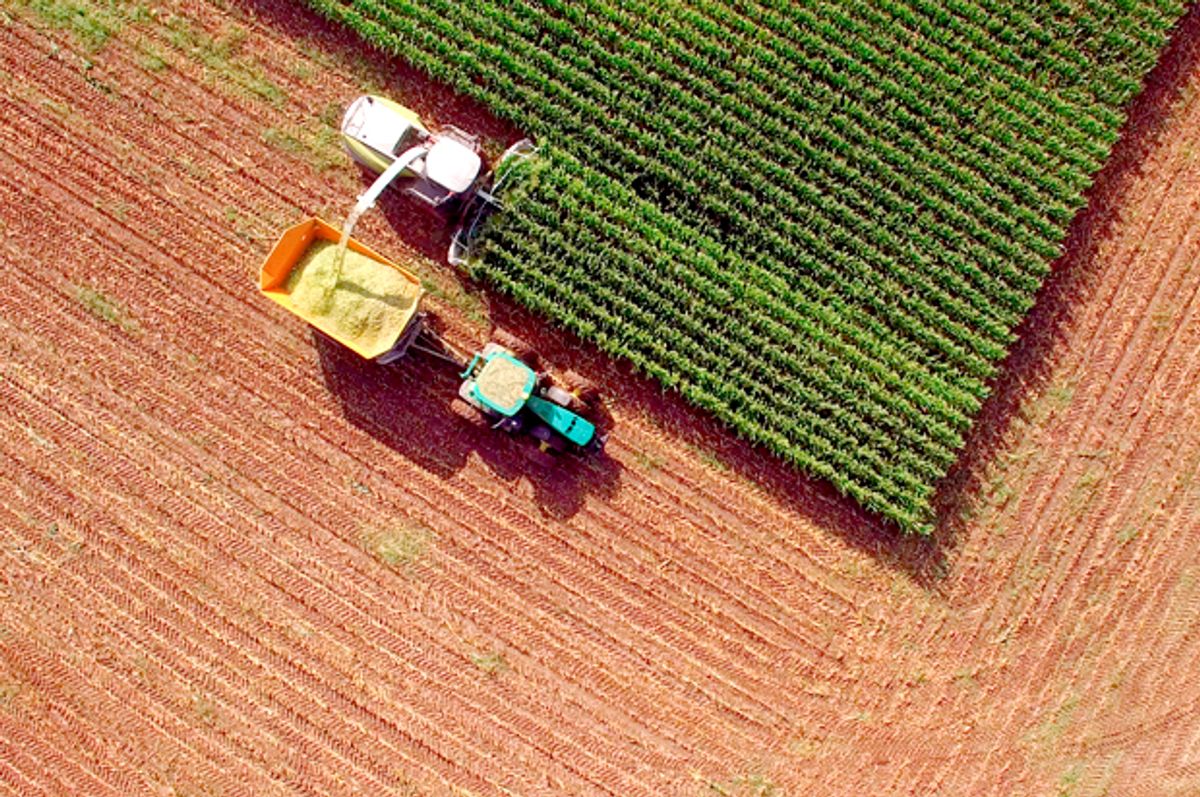 Over the past few weeks, Congress moved forward on the 2018 Farm Bill. The Senate Agriculture Committee passed its version of the bill, and then the House of Representatives narrowly passed its version, a month after it was defeated over immigration issues. Within the $800 billion bill, big-ticket items like crop insurance and nutrition generate the most impassioned public debate. But beyond the proverbial meat and potatoes, there are many smaller sources of funding that provide vital support to the farming community.

A group of 12 funding sources, which the National Sustainable Agriculture Coalition (NSAC) refers to as “tiny but mighty” programs, leverage a far greater impact than their cost might suggest. Primarily targeted at sustainable food systems across the U.S., they include programs such as the Value-Added Producer Grants (VAPG) Program, Farmers Market and Local Food Promotion Program(FMLFPP), Organic Certification Cost Share Program (OCCSP), and the Beginning Farmer and Rancher Development Program (BFRDP).

The House version of the farm bill strips these programs of over $350 million in funding, entirely removing a budget baseline for six of them. While farmers across the nation benefit from these programs, young and beginning farmers in particular would greatly benefit from ongoing investment in sustainable agriculture. The Senate farm bill would reauthorize funding for all but the Rural Microentrepreneur Assistance Program, and even strengthens many of the programs that provide additional support to young farmers.

“Programs such as the value-added producer grants and organic cost-share provide opportunities to all farmers, but are particularly useful to young farmers who have very tight margins in the first few years starting their farm business,” says Sophie Ackoff, National Field Director of the National Young Farmers Coalition (NYFC). Ackoff explains that according to the 2017 National Young Farmer Survey, “[Young farmers] are growing vegetables and livestock on diversified farms and are selling directly to consumers. In short, they are not following the traditional rules of agriculture and must be supported in new ways.”

Civil Eats spoke with four young farmers and one food hub organizer working with young farmers to better understand how they are using these programs. The cost of these programs is small: In the last farm bill cycle the budget baseline for crop insurance totaled more than $77 billion and nutrition at $679 billion, with programs like VAPG ($63 million), FMLFPP ($150 million), and OCCSP ($58 million) receiving tiny budgets in comparison. Despite their limited funding, for individual farmers and their families these programs provide vital opportunities to grow, innovate, and sustain a farming business. 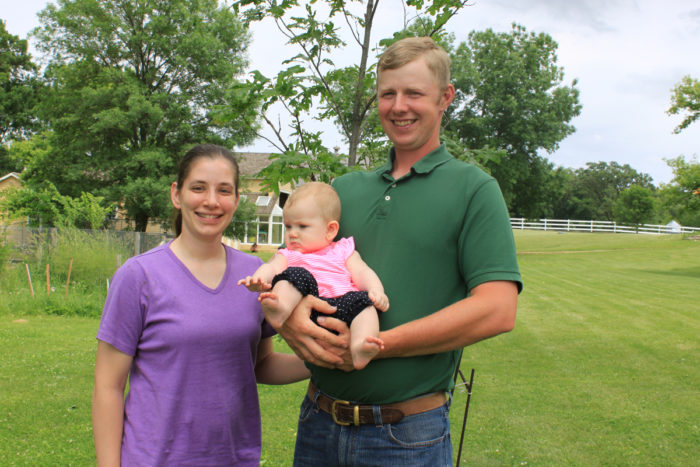 Sarah Gilbert, 34, farms alongside her husband and his family on their multigenerational, 800-acre farm in Iowa Falls. The Gilberts grow diversified, non-GMO row crops, milk 50 dairy cows, and raise pasture-farrowed pigs for Niman Ranch. They’ve also incorporated a number of conservation practices, such as field and stream buffers, into their production system.

Gilbert has received support from the Beginning Farmer and Rancher Development (BFRD) program through two separate channels via with the nonprofit Practical Farmers of Iowa. The Savings Incentive Program helped the Gilberts save over a two-year period for a capital investment on the farm, in addition to offering mentorship and support in financial planning. “Finishing the program with a vetted business plan ensured that we were set up for success with the funds provided,” explained Gilbert. Now she says, they plan to buy a walk-in freezer for direct meat sales, adding another revenue stream to farm.

The family also participated in a BFRD-funded program called Labor 4 Learning, which subsidizes the wages for an aspiring farmer to work on the Gilberts’ farm. According to Gilbert, “as the farming population ages, agriculture needs new farmers, and many of the people [who say they want] to farm didn’t grow up driving a tractor or working with animals. Getting experience and mentoring sets up beginning farmers for success, [and teaches them] lessons that might have taken them the first few years [to learn while] farming on their own.” 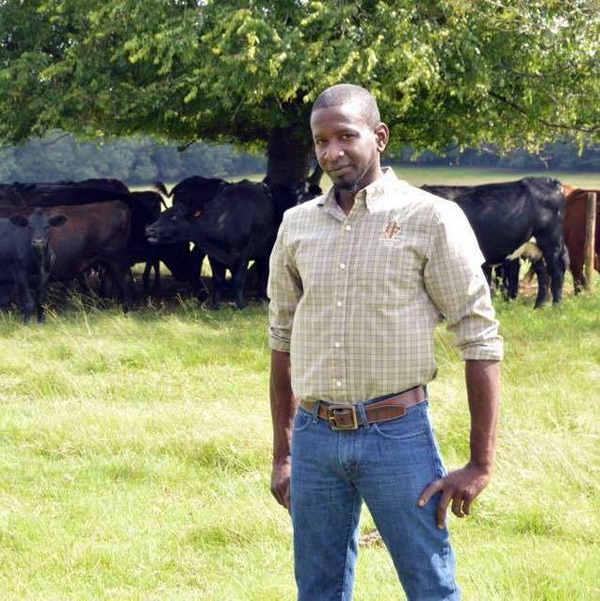 Hunter initially received a cost share grant in 2015, the year that the farm first became certified organic. In both 2015 and 2016, the program covered 75 percent of the farm’s nearly $1,000 in certification fees, with Georgia Organics covering an additional 25 percent. According to Hunter, “knowing about organic cost share beforehand made the idea of seeking organic certification much more approachable.”

For many transitioning farms, the first few years of certification can make serious claims on a farmer’s time and resources. “After being four years certified organic, everything keeps getting easier. But those first years it was very difficult with keeping records and learning what the certifiers wanted,” Hunter says.

Though he has seen success with the program, Hunter stresses how important outreach is when targeting these programs to young and beginning farmers. “The first year, [OCCSP] was with the Department of Agriculture, but the next year it moved to the local FSA [Farm Service Agency] office. When I went to my FSA office they didn’t know anything about it, I had to educate them. So I am concerned that a lot of farmers didn’t get the memo.” 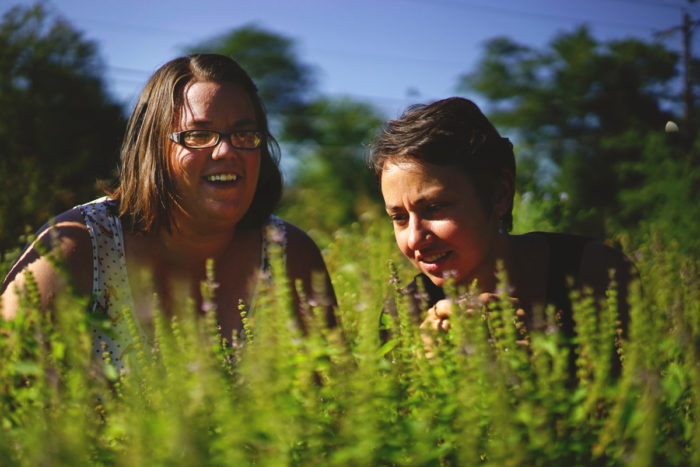 Rachel Tayse and Kate Hodges, 37 and 34, are the co-owners and operators of Foraged & Sown, a certified organic urban farm that specializes in culinary herbs and berries. They’re both first-generation farmers who feel passionately about cooking, gardening, and environmental stewardship.

Tayse and Hodges received a value-added producer grant in 2016 to help fund a project aimed at preserving wild flavors through traditional Scandinavian methods of processing herbs. The grant supported a study tour with farms and processors in Norway and Finland, followed by work in a commercial kitchen to expand the farm’s production of traditional herbal teas, salt blends, and jams.

They received the grant at a crucial point in their business’ growth. “We didn’t have the capital to take on the study tour and product-line expansion without the grant support,” says Tayse. “While the 50 percent match requirement and application seemed intimidating as beginning farmers, we had great support from our [local USDA] Rural Development staff, who were quick to offer clarifications about the process and feedback on our ideas.”

Access to this funding allowed Tayse and Hodges to explore a more innovative business model, ultimately creating space for them to access a new market niche. According to Tayse, “The VAPG allowed us to develop some experimental products into a more significant part of our farm business. Because we’re turning perishable produce into something shelf-stable, we virtually eliminate product loss and are able to solicit sales during months when we don’t have much fresh produce growing.” 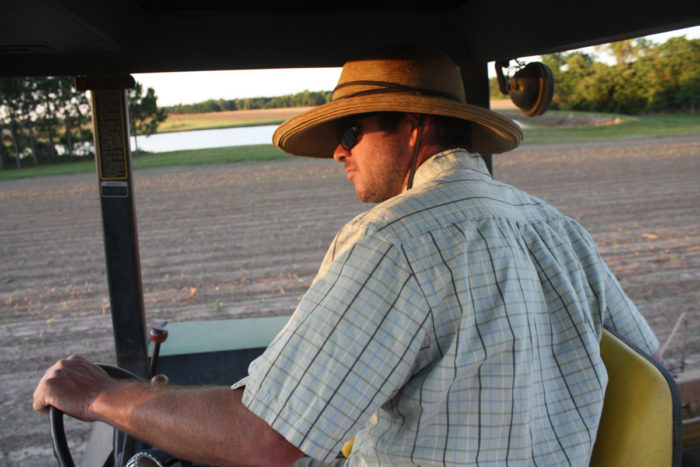 Clay Oliver’s family-owned business produces cold-pressed, unrefined cooking oils. In addition to growing 50 acres of sunflowers, Oliver has worked with local Georgia peanut and pecan producers to develop a greater range of products. Oliver, 42, sells the oil through wholesale channels, to restaurants across the county, at farmers’ markets, and through the business’s website.

He received a value-added producer grant in 2015, to help with processing, marketing, and sales. And the ripple effects have been noticeable.

“I’ve been able to offer employment opportunities here in rural South Georgia that I could not have otherwise,” Oliver explains. After receiving the grant, Oliver hired people to help with post-harvest processing, press operation and maintenance, farmers’ market sales, and deliveries.

For Oliver, one of the most important differences between the VAPG program and other funding opportunities is the amount of control that it gives producers. “I appreciate the fact that grant recipients are allowed to revise their budgets because, well, some things work out like you plan and others don’t. Not having to stick with those that don’t [work] is of great value.”

Since receiving the grant, Oliver has been able to steadily grow his business. “The VAPG has allowed me to expand significantly without acquiring additional debt,” says Oliver. “Other options, like investors, take control; and borrowing from lenders is far riskier.” 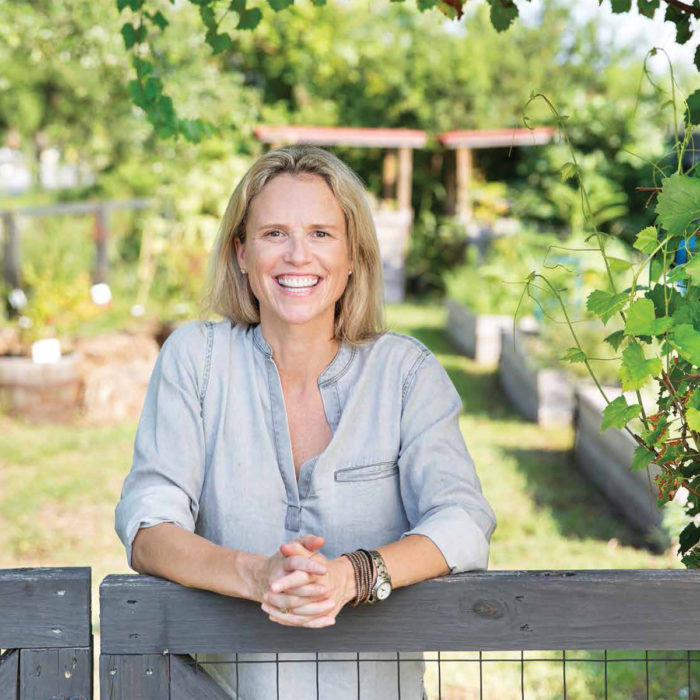 Sara Clow is the general manager of GrowFood Carolina, a non-profit food hub that works in wholesale produce distribution in the region. In addition to aggregation and distribution, GrowFood supports farmers in their network with crop production planning and marketing. GrowFood Carolina’s distribution focuses on restaurants, grocery stores, and increasingly institutions such as colleges, universities, and corporate campuses.

Roughly 55 percent of the farmers that GrowFood Carolina works with have been in operation for less than 10 years. According to Clow, “new and beginning farmers are often kept out of traditional wholesale markets for a number of different reasons. It can be certification, or it can be that they’re too small and a traditional wholesale produce distributor doesn’t want to take the time to work with them. So it’s a vital role that many food hubs play in working with new and beginning farmers, to give them a window into what wholesale produce distribution looks like.”

In 2015, GrowFood Carolina received a general operations grant through the Local Food Promotion Program. “The funding has really been a game changer,” says Clow. “LFPP came when we were in a critical growth period and it allowed us to continue and dive deeper into the work that we’re doing with operations that new and beginning farmers, or any farmers, are not going to find with a larger wholesale produce distributor.”