How embracing my grill fired up my weeknight dinner routine 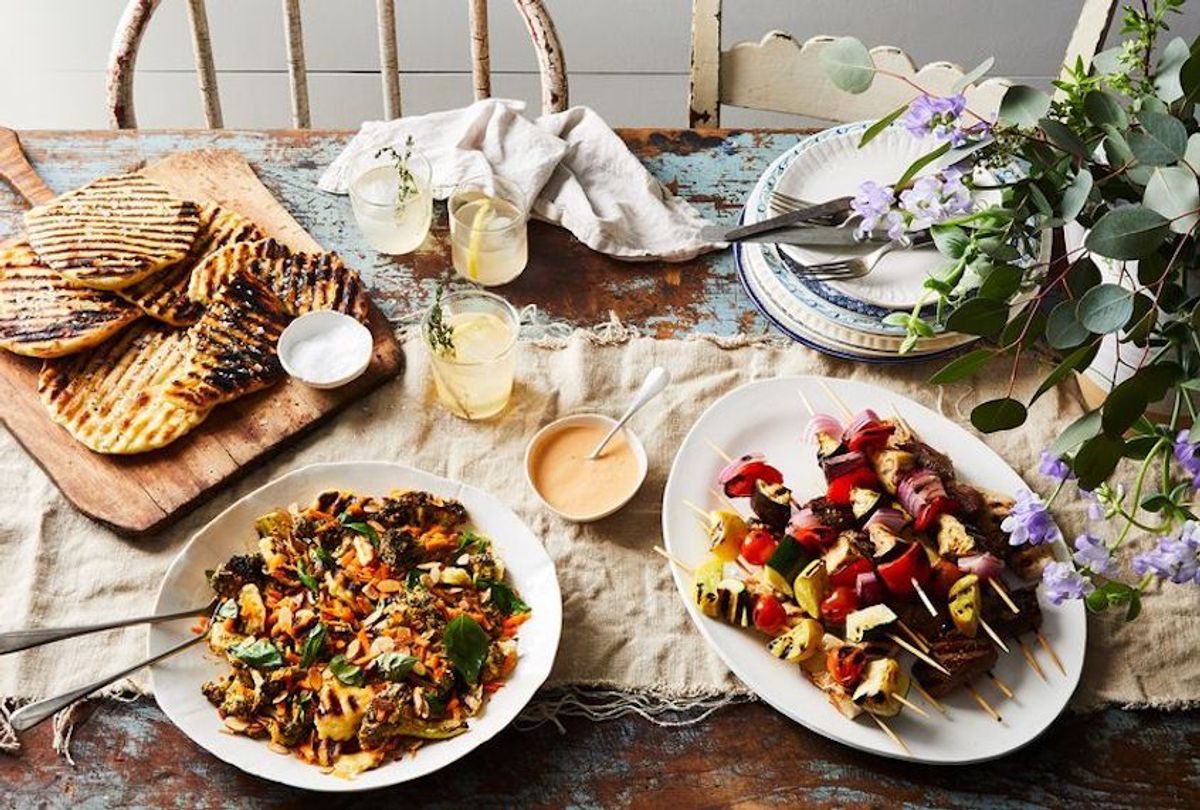 You’d think the position of “ranch cook” would require some sort of test, like swimming the length of a pool before diving into the deep end. But I don’t think I’d ever lit a bed of coals or built a proper campfire before taking a job to cook on a guest ranch in the Texas Hill Country. Not that I wasn’t game for the challenge — at that point, I’d been cooking and writing for years. But when I arrived in Texas, I still considered a crackling, popping fire a sensual pleasure to gather around, and not necessarily a means to dinner.

That adventure set a lot of things in motion. It led to four years of ranch life (including two Quarter Horses and our first saddles, stand-offs with feral hogs, bottle-raised orphan goats, and developing an uncanny skill for spotting scorpions). Because of the way our jobs were divided early on — I was hired as the chef, and my then-boyfriend/now-husband, David Norman, was hired as a baker and ranch manager — we embraced tasks that suited our strengths and personalities. I was typically in the lodge wearing boots and an apron, shaking skillets, whisking vinaigrettes, juggling guests; David was happily “on the range” (an elusive activity that I envy to this day) or “out back," firing up his bread oven or the grill. And, I’m quite sure, sipping a cold longneck or two on the sly.

When we later transitioned to urban life in Austin, I returned to the hustle of freelance writing, David eventually opened a bakery, and we became parents. Needless to say, the time we spent cooking became accordingly compressed. Our massive round grill with a hinged-top grate — a model common in this region of Texas — moved to the backyard and became a relic of an earlier life. I considered grilling to be a “celebratory ribeye on a Saturday” kind of affair, and even then, it was always assumed that my husband would build the fire and I’d round out the meal indoors. Cooking over fire took a fair amount of planning, and, for me, the process was riddled with more than a little self-doubt.

"Any Night Grilling" was the game changer. When Food52 gave me the lucky task of developing appealing grilled recipes that were easy enough to put together any night of the week, it felt like more than just an assignment — it was an opportunity for a self-guided barbecue boot camp. It also changed the dynamic of our family dinners: I took over the backyard shift, and David graciously agreed to hold down the fort inside.

What began as somewhat of a scramble soon settled into a steady routine. As a working mom with two young children, I'd need to fire up a delicious dinner after a long day and before a reasonable bedtime. I learned along the way that grilling isn’t much different than making biscuits or pie crusts — the more often you do it, the easier and more ingrained the process becomes. Before long, it felt completely natural to arrive home, walk through the back gate, and prep a chimney of charcoal. Then I knew I’d have 30 or so minutes to pull together the other components of the meal. That’s one of the most delightful aspects of grilling: It creates such big, complex flavors, and quickly at that, so you don’t need much more flourish. Often, a squeeze of fresh lemon and a drizzle of your best olive oil is enough.

Now, I'm in a lifelong friendship with my trusty PK Grill. When I smell fire, my thoughts immediately shift to the possibilities of dinner — the same way colorful vegetables in a farmers market make me yearn to cook. Grilling has become a muscle that I want to flex on a regular basis. It’s empowering to be the fire-builder and wielder of tongs, and I’m glad my kids are accustomed to seeing me cooking this way several nights a week.

Here are the six tried and true tips that get me fired up for stress-free weeknight grilling:

Season meats well in advance (mornings, before my day gets started, are often easiest), and up to an hour before cooking. I almost always begin with a drizzle of olive oil to lightly coat the meat, and a generous amount of kosher salt and freshly ground pepper. I might raid our herb garden for fresh bay leaves and sprigs of thyme, rosemary, or oregano to place under and over the meat.

Dress for the occasion

Cinch on an apron and loop a towel through the strap (trust me, you’ll need it eventually). Aprons help me feel on my game, protect my clothes from sooty smudges, and keep me organized. My favorite is a model with a pocket for an instant-read digital thermometer, matches, and anything else I like to have on hand.

Tools at the ready

Place everything you’ll need for the grilled portion of the meal (say, olive oil, salt and pepper, tongs, prepped vegetables) on a rimmed baking sheet or tray, to keep beside you as you cook. You don’t want to be hunting for a tool or ingredient while your food is about to get a little too charred on the grill.

Have one of these at the ready, too

Remember that you want to cook over the radiant heat of the coals, and not over flames; when you light your coals, be sure to wait until they are glowing red and covered with a fine, powdery gray ash before you start cooking over them. This usually takes about 30 minutes.

When your coals are glowing and you're ready to start cooking, build a two-zone fire (my go-to method for cooking almost everything). This simply means banking the coals on one side of the grill to create a hot, direct-heat zone right above, and a cooler indirect-heat zone on the opposite side with no coals underneath. This setup is your safety net, because it gives you ample space to move foods that are browning too quickly and avoid flare-ups. Use tongs to transfer items on the grill from the direct-heat zone to the indirect-heat zone midway through cooking. This allows you to get a good sear on the outside and cook the interior more gently afterward.

It's all about the ambiance

While you’re grilling, turn on your favorite music (I stream KUTX, my local Austin station) and have a cold adult beverage handy to sip on. Take a moment to appreciate the experience — the color of the evening sky; the crackling sounds and fragrant, wafting smoke; and the delicious meal you’re firing up for friends and family.