If climate change was an urgent problem in 1988, it’s now an emergency 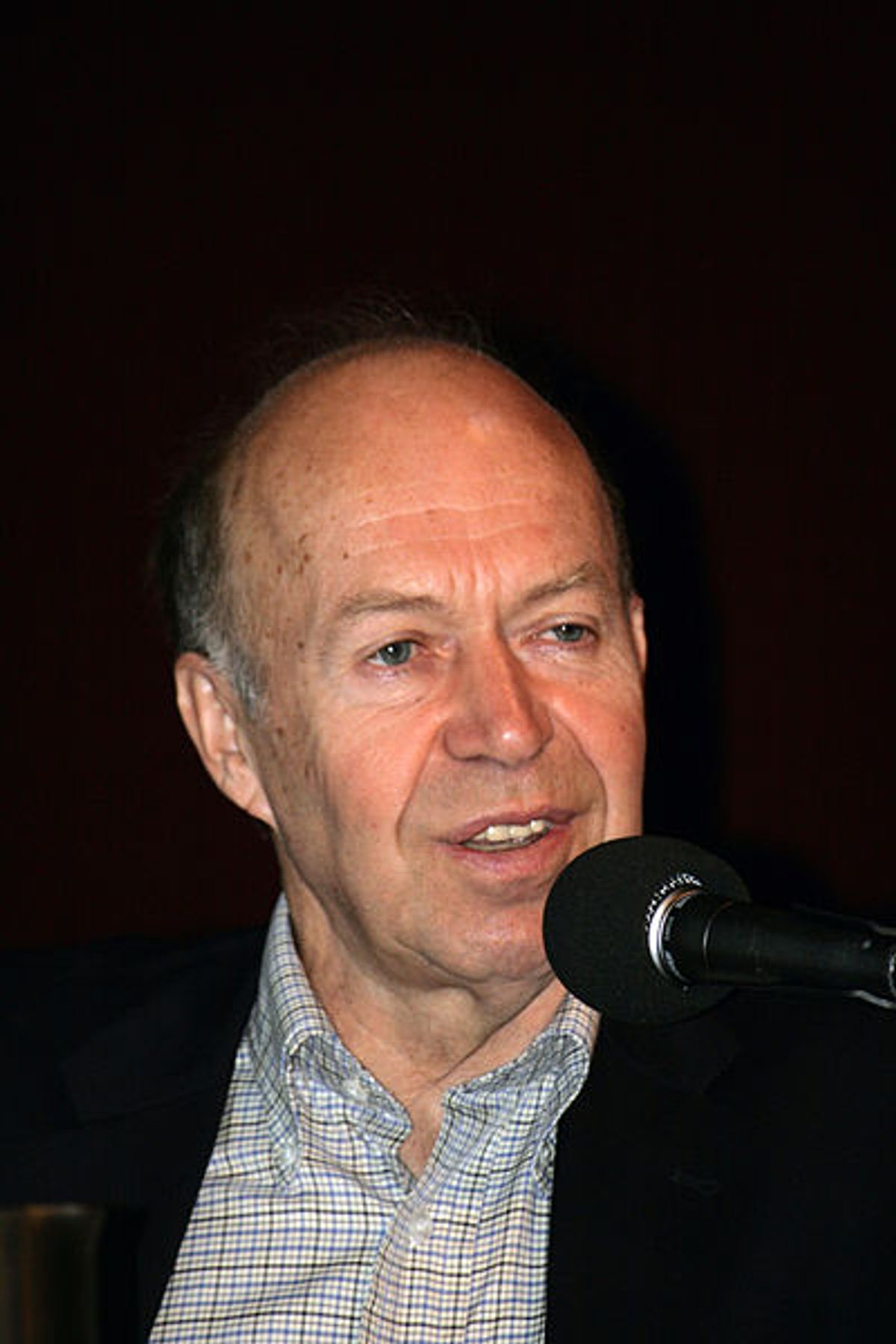 Thirty years ago last week, NASA scientist James Hansen testified to Congress that the age of climate change had arrived.

The announcement shook the political establishment in 1988. George H. W. Bush, in the middle of a heated presidential campaign, vowed to use the “White House effect” to battle the “greenhouse effect.” Four years later, with then-President Bush in attendance, the United States became a founding member of the United Nations Framework Convention on Climate Change — which still guides global climate action today.

Of course, it was not enough. Bush’s actions at the time were perceived as weakening the treaty — a missed opportunity. Since 1988, global carbon dioxide emissions have risen 68 percent. At the time of Hansen’s speech, fossil fuels provided about 79 percent of the world’s energy needs. Now, despite every wind turbine and solar panel that’s been installed since, it’s actually worse — 81 percent.

Hansen’s warning was prescient and his predictions were scarily accurate. Every county in every U.S. state has warmed significantly since then. Sea-level rise is accelerating, heavier rains are falling, countless species of plants and animals are struggling to adapt.

Thirty years after Hansen testified, the world still isn’t even close to solving the problem. In fact, for every year we wait, we are making the problem much, much harder.

On our current path, emissions will still be rising 30 years from now, and the world will have long ago left behind all reasonable chances of preventing the irreversible tipping points in the climate system that Hansen predicted.

If climate change was an urgent problem in 1988, it’s now an emergency.

Looking back on what’s happened in an interview with the Associated Press this week, Hansen expressed regret that his words weren’t “clear enough.” At times, Hansen and his colleagues have been down on themselves for not doing more, as if some perfectly worded sentence, or some arrestingly compelling chart would be enough to inspire a global mass-movement of action.

Thankfully, a new generation of climate scientists is starting to understand that perfect knowledge of the problem is no longer enough. Grounded in the missteps and failures of the past, scientists these days seem much more modest with their expectations for the next 30 years — but much more confident in their roles as citizens first, scientists second, just as Hansen has been.

This week, I asked 10 climate scientists to describe how Hansen’s work has affected them, and where they think the world’s response to climate change will go from here.

Answers have been edited and condensed for clarity.

Q. What has James Hansen — the advocate — meant to you personally and professionally as you wrestle with how to respond to climate change?

Kalmus: Simply put, Hansen is a personal hero of mine. Not only was he a pioneer in recognizing the scientific reality of climate change, he also realized this knowledge carries an obligation to sound the alarm.

Achakulwisut: As a PhD student in climate science, I wasn’t taught or incentivized to engage in advocacy. But Hansen’s actions helped me realize that the climate crisis is far too serious and urgent for me to contribute solely by publishing peer-reviewed papers. He’s inspired me to challenge academic norms and engage in grassroots activism.

Chen: I was born in the early ‘90s, which means that James Hansen’s testimony happened literally a lifetime — my lifetime — ago. Sometimes it’s hard not to feel hopeless about the situation when a NASA scientist has been trying to convince the world to mobilize for longer than I’ve been alive.

Camargo: I admire his courage to be such a strong public advocate. Unfortunately, other scientists can be discouraged from doing this type of advocacy, given the level of public attack that they could suffer.

Marvel: I think it’s important to note that there are now many diverse voices speaking up about the implications of climate change, and that there’s no “right” way to engage the public with the science. I admire James Hansen immensely as a scientist, and I respect his advocacy choices. But he’s not the only role model out there.

Oppenheimer: Jim became a symbol for the movement to push governments to act on climate change. I disagree with him on some of his specific proposals – like supporting a revival of nuclear power, and sometimes I disagree with him on the science. But it’s good to see a scientist who can articulate his concerns to governments, to the media, and other people based on the facts. We need more scientists who do so.

Q. Looking back on how scientists responded to climate change over the past 30 years — what was the single biggest mistake, in your opinion?

Camargo: If scientists had worked on a communication strategy from the start, there could have been a better chance for support of climate change policies by the public. The media had a big role in our current issues as well — by trying to give equal weight to the small minorities of skeptics and the other 95 percent of scientists.

Oppenheimer: We never found a way to make the issue tangible to the average person. That’s changing now as the impacts become more apparent. But for this problem, action before impacts was necessary. Now we are stuck with the inevitability of some unpleasant climate changes as we play catch-up.

Achakulwisut: When climate change first emerged in public consciousness, it somehow got filed under “environmental issue” with far-off impacts. (Polar bears are still the face of climate change.) But its major culprit — fossil fuel combustion — also causes many immediate impacts to our health and well-being. I think we missed an opportunity to connect these dots.

Q. And the single biggest success?

Dessler: The only encouraging thing happening today is the staggering drop in the price of renewable energy. I consider this our main hope to avoid catastrophic climate change — prices drop so much that emissions decrease without government policies.

Rignot: The biggest success was the banning of [ozone-destroying] CFCs with the Montréal protocol in 1986. It was the single biggest event where science and policy came together to take action and literally save the world. Now it should serve as a reference in time, where the world demonstrated that environmental changes can be solved for the better, with no economic setback.

Nicholas: The climate leadership void at the federal level has inspired so many state, city, business, finance, university, neighborhood, household, faith, youth, civil society, and other leaders to step forward and find ways to cut their climate pollution. People want to create solutions that work for them and their communities. They want a future without relying on fossil fuels.

Sultana: A positive outcome is that today a number of young people understand and care about the impacts of climate change … with a greater focus on issues of equity and justice.

Marvel: I hope we will take this seriously. I like humans, and I think we’re capable of great things. We (mostly) fixed the ozone hole. We signed the Paris agreement. I have optimism that we can do more in the future. But I fear that we will respond to the adversity that climate change brings with hate, fear, and unreason.

Dessler: I don’t think a serious carbon tax or other policy will happen. The best-case I see is that renewables become cheap enough that the economy switches by itself. As for what should happen: As a citizen and father, I think we should get our asses in gear and start reducing emissions as fast as we can.

Kalmus: I hope that we reach a cultural tipping point, where people finally vote with climate urgency, and elect leaders who enact sensible policies like a revenue-neutral carbon fee. Emissions ramp down, innovation ramps up. This is also what I think will happen — it’s only a question of when, and how bad we’ll let things get.

Rignot: Most likely we will only take a slow course of action. We will experience the consequences of climate change in full swing in the later part of the century. At that point, we will have technologies in place to avoid the most disastrous consequences. But the world should take a much more aggressive course of action. We also need to bring morality into the debate. The most deprived people on the planet will suffer the most from climate change.

Oppenheimer: Human history suggest that we may eventually wise up and move to cut emissions deeply – but only after significant losses emerge in such a way that action can’t be avoided. We do this sort of thing repeatedly but never seem to learn. Sometimes the catastrophe actually happens (like World War I and World War II), but often it’s averted, just barely (like the Cuban missile crisis).

Governments shouldn’t move blindly toward the precipice, mindlessly continuing behavior that is bound to end badly for everyone. There’s still time if we get going immediately to reduce our looming losses and come out the other side more or less OK. There’s still time, just barely.