Dogs understand your facial expressions and know what you're feeling, study says

In particular, angry and fearful faces seemed to have a profound affect on man's best friend 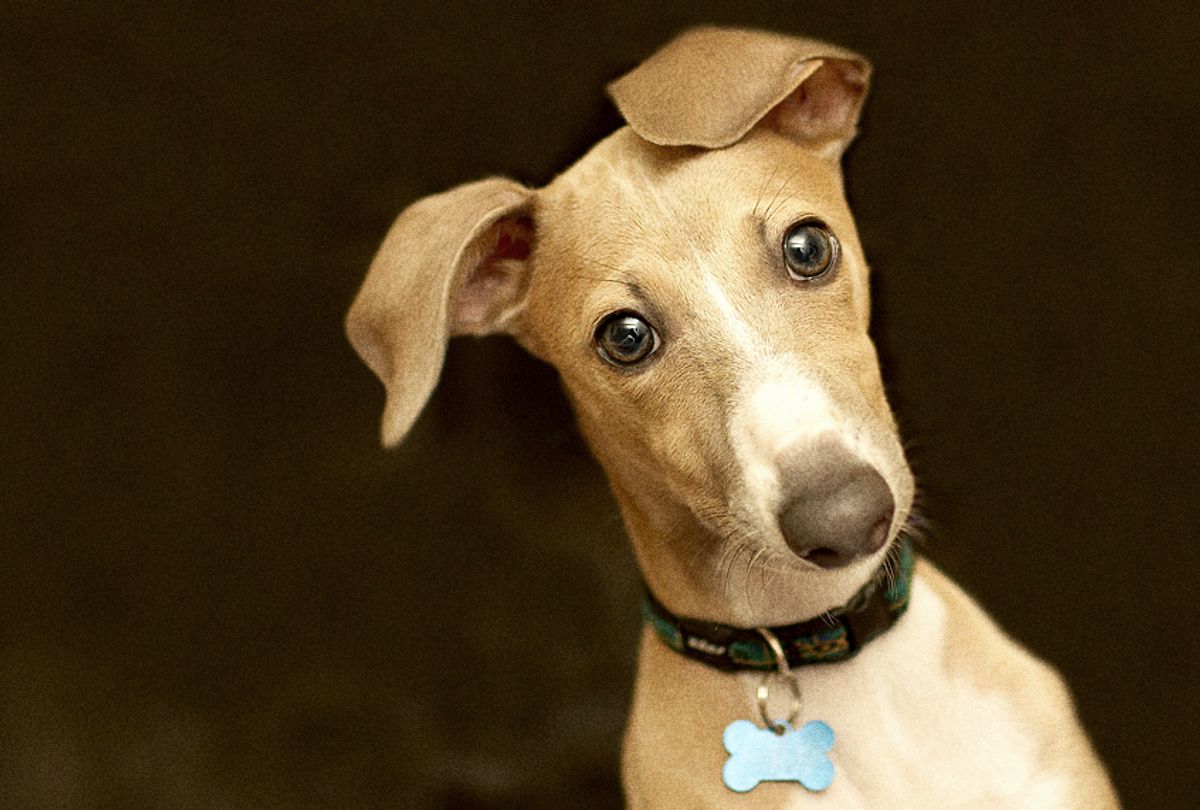 Dogs earned the title "man's best friend" for their loyalty, helpfulness and companionship, but new research suggests there could be an emotional component to that, too. Indeed, if you ever felt like your dog knew you were having a bad day, you may not have been imagining it.

A new study published in the journal Learning & Behavior concluded that dogs have the capability to understand human emotions, which they achieve by recognizing facial expressions. Moreover, dogs may experience increased heart rates when a human is angry, fearful or happy (more on that later).

In the study, the authors — Marcello Siniscalchi, Serenella d'Ingeo and Angelo Quaranta of the University of Bari Aldo Moro in Italy — observed what happens when dogs were shown photographs of a human displaying one of the six basic emotions: anger, fear, happiness, sadness, surprise, and disgust, along with a neutral face photo. Dogs showed a greater response and increase cardiac activity when they were shown photos that displayed humans that were angry, fearful or happy, which are known as "arousing emotional states."

The observed dogs who were shown fear, anger or happiness were less likely to return to their provided feeding bowls, indicating they were experiencing stress.

“Overall, results demonstrated that dogs are sensitive to emotional cues conveyed by human faces, supporting the existence of an asymmetrical emotional modulation of the canine brain to process basic human emotions,” the study explained.

According to the study, happiness may have been looped in with anger and fear because, in the dog world, lifting one's lips and showing teeth is often a sign of aggression.

“In fact, in dog’s body communication, showing evident bared teeth with lips lifted and tongue retracted are clear messages to back off and are often followed by more serious aggression behaviour,” the study speculates.

Interestingly, in the human world, research has shown that in marital relationships, one partner’s stress can cause the other to have high blood pressure too. Perhaps these emotional states transcend species.

This research is interesting because it suggests that nonverbal emotional cues could be just as important to dogs as humans. The study also hints at the incredible co-evolution of humans and dogs, and the degree to which they can understand and communicate with us.

Dr. Victoria Cussen, Director of ASPCA Anti-Cruelty Behavior Research, told Salon there is a growing body of research on social cognition in dogs. In 2015, an article published in the journal Current Biology by Ludwig Huber and his colleagues also assessed a dog’s ability to decipher between emotional expressions in human faces.

“Using techniques from experimental psychology, the researchers provided evidence to support the conclusion that dogs are, in fact, capable of telling the difference” between emotions, she said.

These studies, according to Cussen, can also provide insights into the human experience.

“Understanding the development of particular abilities in dogs can also provide insight into how similar abilities may have developed in humans,” she said. “This is because cognitive processes can be shaped by selective pressures, just as morphological features are.”

As for the misinterpreted smiles, Cussen said that dogs can learn that human smiles are not a reason to stress after spending time with humans.

“By interacting with humans on a daily basis, dogs may learn to associate a smile with positive events —we are more likely to give extra treats when we are in a good mood, for example,” she said. “This type of associative learning (think Pavlov's dogs) would lead to learning that that a smile is a good thing, not a threat.”