There's been a surge in citizenship application backlogs since Trump took office: report 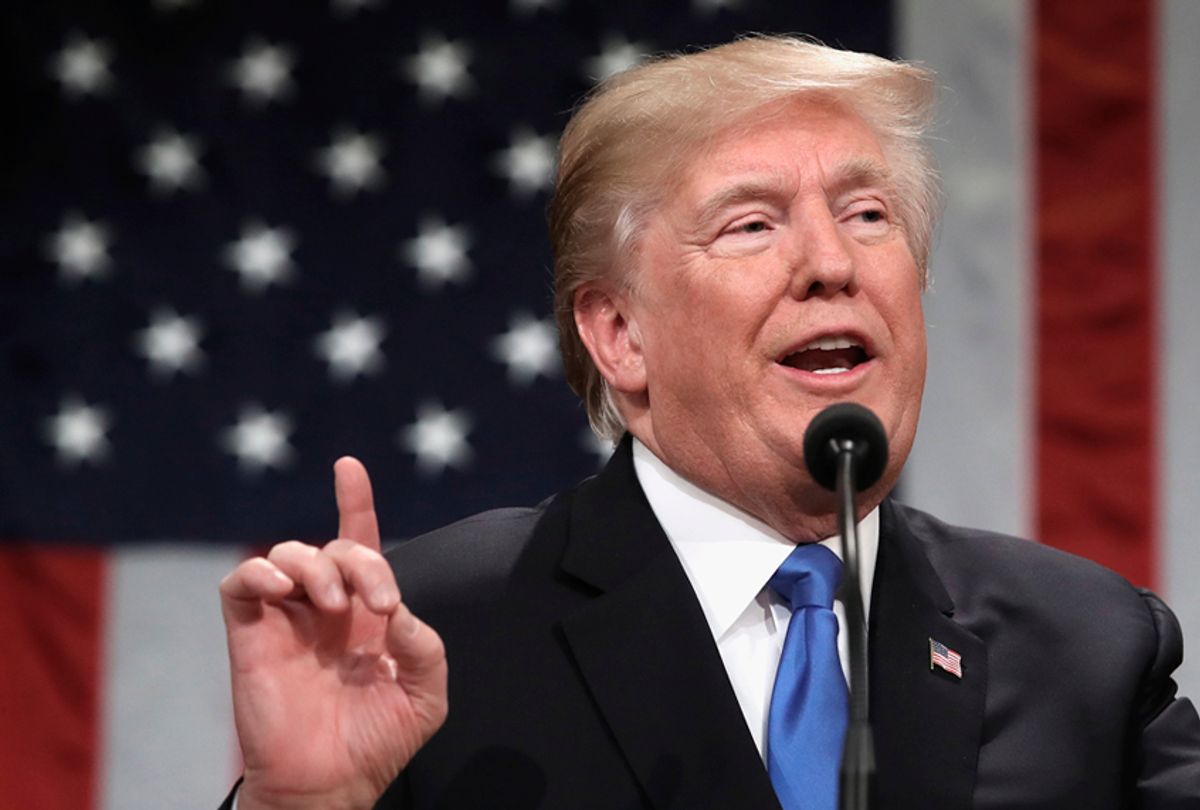 A new report reveals one way in which President Donald Trump may have been thwarting legal immigration, even as he and his surrogates focus public attention on their campaign against the illegal variety.

The National Partnership for New Americans found that there has been an 87 percent increase in pending naturalization applications as of the end of 2017 compared to 2015 (when Barack Obama was president), according to a report by NBC News. This amounted to almost 730,000 pending naturalization applications near the end of 2017 compared to 388,832 as of December 2015, raising questions as to whether the increase was the result of a deliberate strategy to make it harder for lawfully-residing immigrants to become citizens and vote in subsequent elections. The report found that roughly 925,000 people applied for citizenship in 2017 alone.

As NBC News pointed out:

"They may be waiting for as much of 20 months after submitting a 21-page application, paid the $730 fee, submitted their fingerprints for a security a check and then sat and waited to take an exam," Joshua Hoyt, executive director of the National Partnership for New Americans, told NBC News.

He also pointed out, "This is either absolute gross incompetence affecting close to a million legal immigrants who want to become U.S. citizens, or it is an intentional second wall that is designed to slow the pace at which lawfully present immigrants can become voters."

This isn't to say that Hoyt was attributing the increased backlog entirely to the Trump administration takeover.

USCIS did face a higher backlog after Obama was first elected, Hoyt said, but officials worked to curb that backlog to about 8 or 9 months.

Hoyt said his advocacy group has been tracking the backlog of citizenship applications for years and had never seen numbers like this.

He noted that while the backlog is ongoing, USCIS has launched an office focusing on identifying Americans suspected to have used fraudulent means to get their citizenship — and then strip them of it.

USCIS Director L. Francis Cissna told The Associated Press the agency is hiring dozens of lawyers and immigration officers to review cases and look for immigrants who were ordered deported and then used fake identities to later obtain green cards and eventually citizenship.

"The rules have changed — legal permanent residency does not protect you from deportation under Donald Trump. People want to participate in the democratic process, they also want to protect themselves," Gutiérrez told NBC News.

It is important to note that, if it is established that the Trump administration has deliberately held up the process of naturalization for legal immigrants, that doesn't mean they're only doing so with immediate electoral politics in mind. As my colleague Heather Digby Parton wrote in January, one of the cornerstones of Trump's political ideology is that legal immigration needs to be reduced as much as illegal immigration. It's an idea embodied in a document written by then-Sen. Jeff Sessions, R-Ala. (now Trump's attorney general) and his aide Stephen Miller (now one of Trump's top policy advisers):

It was called the "Immigration Handbook for the New Republican Majority," and it proposed a virtual halt to all immigration, legal and illegal, claiming that it is the cause of poverty, wage stagnation and the decline of the middle class. It's a classic example of far-right populist misdirection, which explicitly references the racist and draconian Immigration Act of 1924, aka the National Origins Act and Asian Exclusion Act, claiming that the legislation "allowed wages to rise, assimilation to occur, and the middle class to emerge."

In fact, anti-immigrant ideology had deep roots in American political history, and those roots have almost always been tinged or outright defined by racism. It explains why Trump was reported to have told assembled lawmakers trying to discuss DACA reforms that he didn't want immigrants coming from so-called "s**hole" countries like Haiti or the nations of Africa, but wanted more coming from countries like Norway. It also explains why the fate of 800,000 Dreamers is in jeopardy because of Trump's immigration policies as well as why Trump is planning the mass deportation of nearly 250,000 Salvadorans and tens of thousands of other immigrants from countries like Haiti and Honduras.

In other words, there is a larger war against legal immigration going on here, one perhaps best summed up in a piece by Tai Kopan of CNN in March:

But immigrants who came to the US legally and the attorneys who work with them say they are facing a new world with this administration, where virtually every form of legal immigration to the US is under siege.

The concerns are wide-ranging: Legal immigrants who came to the US as children but waited upwards of a decade before their family could get a green card -- only to be too old to count as immediate family. High-skilled immigrants who have had their visas continually renewed as they wait for a green card who now face new scrutiny. Employers who are worried about being able to hire the temporary seasonal workers they have in the past. Immigrants who feel the administration considers all foreigners a threat.

Trump is waging a war against immigrants.

On how the immigration crisis isn't really about upholding the law.