Trump lashes out at "Abolish ICE" movement with lies

Is the progressive message resonating or is it a rhetorical trap that'll rile up Republicans before the midterms? 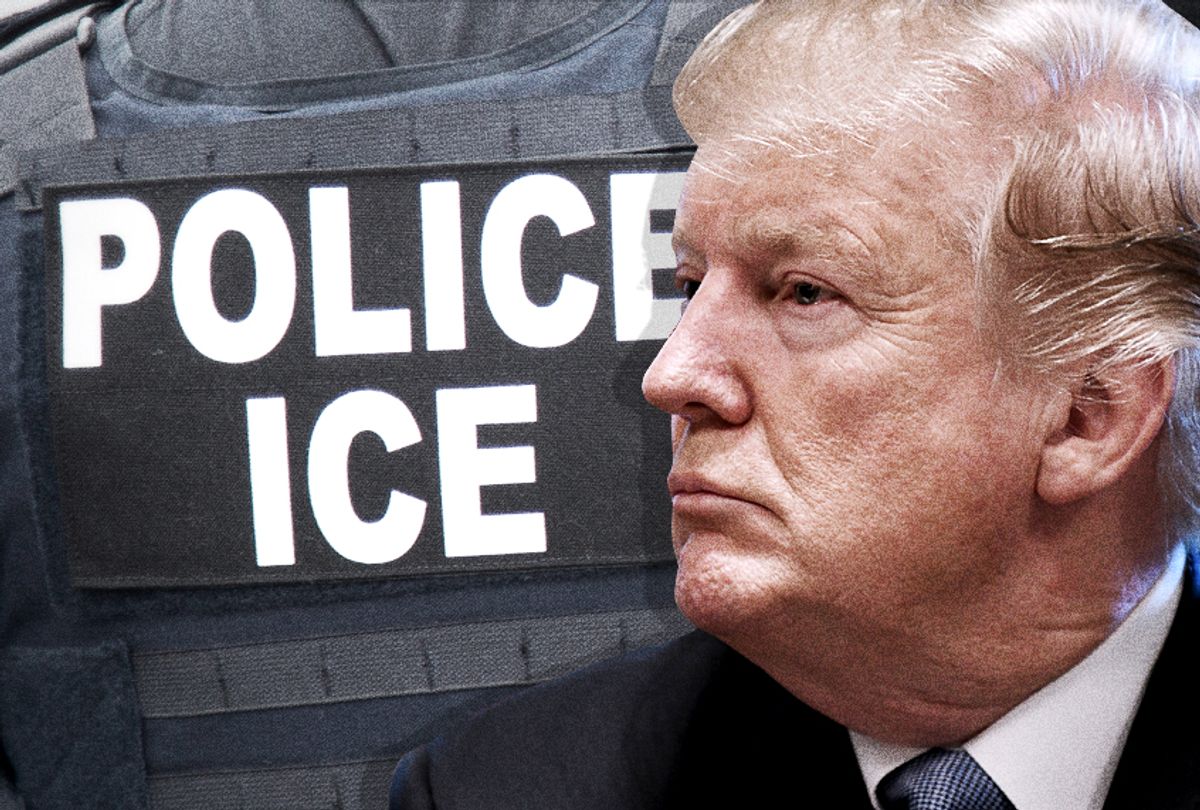 President Donald Trump has decided to defend against growing calls from Democratic lawmakers to abolish Immigration and Customs Enforcement (ICE) in an attempt to score a political advantage on an issue that has whipped an immigration storm for weeks.

"You get rid of ICE, you're going to have a country that you're going to be afraid to walk out of your house," Trump said during a sit-down interview with Maria Bartiromo that aired on Fox News' "Sunday Morning Futures."

The president encouraged the growing calls among Democratic lawmakers and liberal activists to dissolve the agency, saying that doing so would spell ruin for the party at the polls. "I hope they keep thinking about it. Because they're going to get beaten so badly," he said.

"I think they'll never win another election," he added. "So I'm actually quite happy about it."

But even as Trump encouraged the liberal embrace of eliminating ICE, he vowed earlier in the weekend on Twitter that there was "zero chance, it will never happen!"

Democrats have come together against the Trump administration's practice of separating immigrant children from their families at the U.S.-Mexico border, which Trump ended with an executive order last week.

On Saturday, hundreds of thousands of demonstrators gathered from coast to coast — including outside the White House and miles from Trump's Bedminster, New Jersey golf club where he spent the weekend — to rally against his zero-tolerance policy, which has resulted in more than 2,000 children separated from their families. The government's struggle to reunite families has been fractured by the policy.

Last week, nearly 20 ICE agents said they were looking to dissolve the agency, worried that the president's immigration policy has made the agency a sort-of deportation force.

Investigations "have been perceived as targeting undocumented aliens, instead of the transnational criminal organizations that facilitate cross border crimes impacting our communities and national security," wrote the agents from Homeland Security Investigations, which is a section of ICE.

Also last week, Representative Mark Pocan of Wisconsin introduced a bill to eliminate the agency. Representative Pramila Jayapal of Washington has announced her support for the move, as have 2020 presidential Democratic contenders Senators Kirsten Gillibrand of New York and Kamala Harris of California.

"I believe you should get rid of it, start over, reimagine it and build something that actually works," Gillibrand said on CNN.

In addition, Alexandria Ocasio-Cortez, a 28-year-old Latina and political novice who took down Representative Joe Crowley of New York, one of the most powerful Democrats in Congress, in New York's 14th congressional district on Tuesday, made eliminating ICE a key piece of her political platform.

In the president's interview with Bartiromo, he repeated a frequent lie that he has "watched ICE liberate towns from the grasp of MS-13."

He reiterated his claim in a tweet over the weekend.

The Trump administration has never presented evidence of ICE "liberating" a town from the gang's control, despite numerous claims by the president.

"The Liberal Left, also known as the Democrats, want to get rid of ICE, who do a fantastic job, and want Open Borders," he tweeted. "Crime would be rampant and uncontrollable!"

And in the interview, he cautioned liberal activists, "better just take it easy."