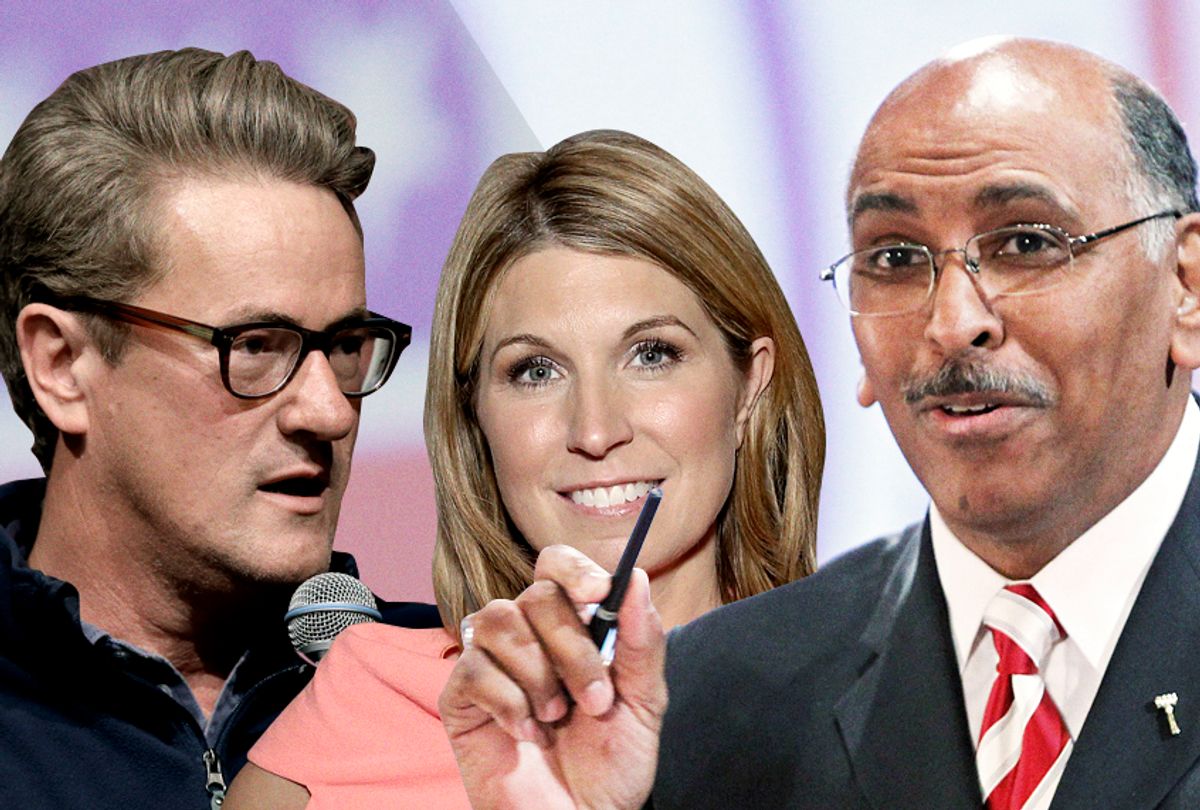 A new Associated Press investigative report found Manafort worked for years along with an indicted associate Konstantin Kilimnik to promote Russian interests in the U.S. and Europe, and the “Morning Joe” host said the evidence was clear.

“Paul Manafort was more than a useful idiot for (Vladimir) Putin and the Russians,” Scarborough said. “I want to be careful with the word because I’m sure whatever word I choose will be freighted with legal significance, but he’s an agent for them.”

“Technically was not, I know, but certainly was a promoter of Putin and Russia’s interests actively,” he added.

“What he brought into the campaign, and the fact that he had connections that reached a lot further than we thought in terms of the relationships in Russia, as well as the influence on the campaign,” Steele said. “We saw it play out, Joe.”

“I remember being on the show back when the RNC changed its platform to sort of reflect this sort of Russian influence,” Steele added. “This is all part of a strategy, as indicated in the reporting to get friendly players inside government, to carry the water on behalf of Russia — and one of the key operatives of that was Paul Manafort.”

There’s no indication yet that Manafort, who was jailed last month on witness tampering charges as he awaits trial on money laundering and other charges, is prepared to flip on Trump — but his longtime attorney is signaling that he might.

“He had reason to believe that in the coming weeks there was going to be an onslaught of people close to the president, around the president now coming after him, his business and character as they’ve been doing over the last couple of weeks,” said Emily Jane Fox, a Vanity Fair reporter who has interviewed Cohen.

“For months his family and closest friends have been saying, ‘No one’s looking out for you, you have to look out for yourself,” Fox added. “Interesting in the last couple of weeks, hearing people around him beginning to hammer in the message that you could change the narrative from being a villain to a hero, and that is what gave him a little confidence.”