Only "positive coverage" allowed: Melania Trump is making money off of her press photos 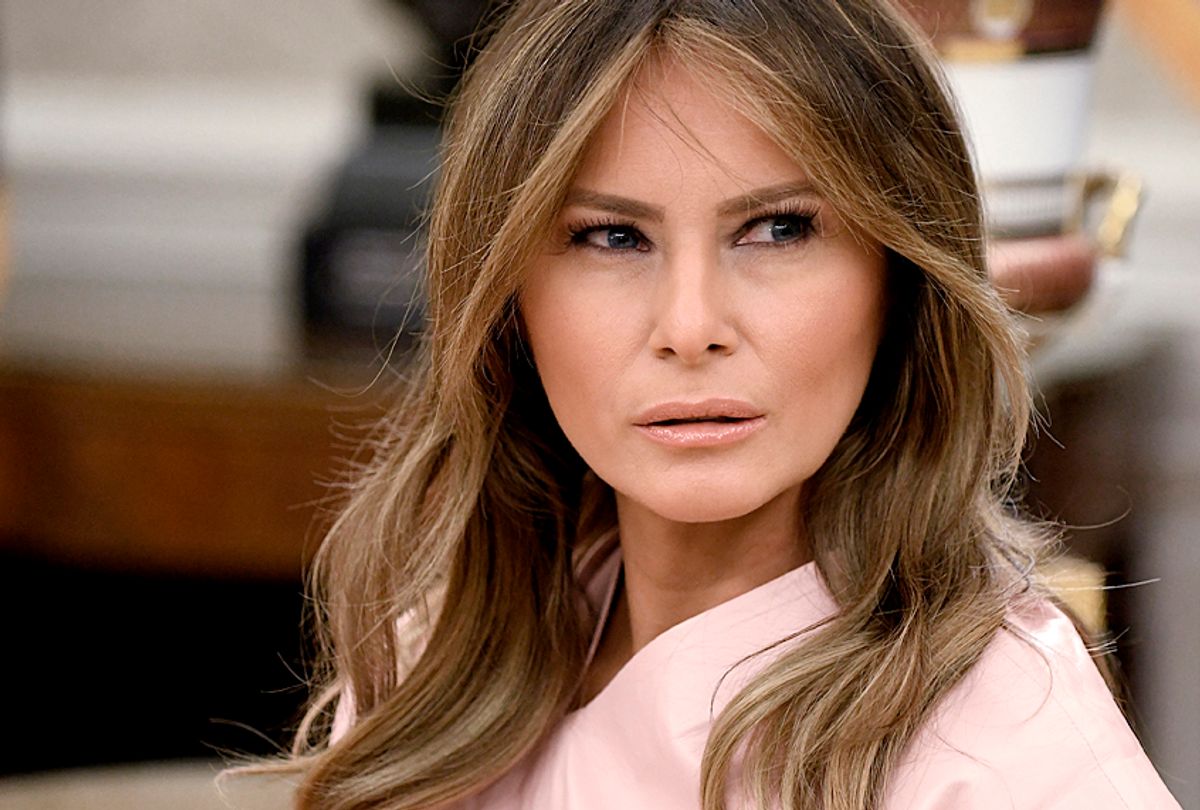 First lady Melania Trump reportedly earned at least $100,000 in royalties from Getty Images in 2017 for the use of images that, under a licensing agreement, could only be used in "positive coverage," NBC News reports.

NBC News, Yahoo News, Marie Claire, the Daily Mail, Fox News, Condé Nast and the Houston Chronicle are among the news organizations that have reportedly featured some of the photos. Several of the news organizations told NBC News that they were not informed that the photos, taken by Belgian photographer Regine Mahaux, were part of a licensing deal that turned a profit for the first lady. Several also said they were not aware of the deal that the photos were to be used only for positive coverage, and some removed the images after inquiries from NBC News.

A Mahaux group portrait of Donald, Melania and son Barron Trump appeared in the 2017 calendar that was on sale in the White House gift shop, according to NBC News, as was another in the official guidebook given to delegates at the 2016 Republican National Convention.

While it's not known exactly how much the first lady earned from the images, NBC News reports that President Trump's financial disclosure forms, released earlier this year, show that she earned at least $100,000 in royalties from Getty in 2017.

While it is not unusual for celebrities to sign a deal with a photo agency, it is unusual for the first lady to participate in such an agreement. Getty Images told NBC News that the "details of the deal and amounts of payments to the Trumps are covered by financial agreements." The agency declined to say if similar deals exist with other members of the Trump family nor would they comment on the deal other than to say that once a photo has been licensed, Getty pays "contracted royalties back to the photographer and/or individual(s) as covered by their confidential agreement."

A White House spokesperson simply pointed NBC News to President Trump's financial disclosure forms. Mahaux told NBC News that "everything is legal" and did not respond to further questions from the news outlet.