So much for Donald Trump's "purple" values: His red-state support stems from flagrant sexism 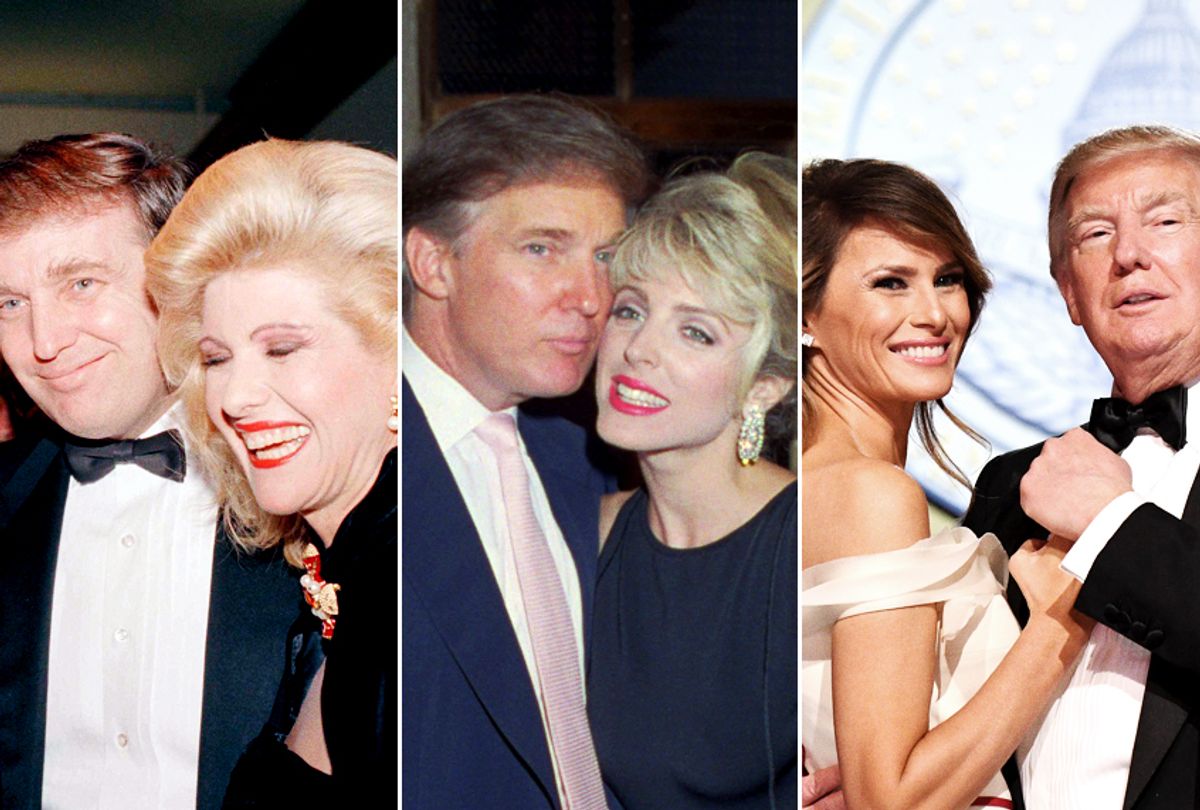 One of the most chronic sources of irritation in the era of President Donald Trump is watching publications like the New York Times roll out an endless number of articles that purport to explain red-state voters in sympathetic tones, but instead come across as condescending head-pats to the presumably half-literate yokels of middle America. Such pieces appear to irritate liberal readers in general, but I feel a special, personal antipathy for them. The people being so woefully misrepresented to readers are the same kinds of people that I grew up with and am related to. I have strong social and moral disagreements with them, but by and large they are not actually morons.

The latest installment of this ongoing New York Times project of hick-gawking disguised as compassion comes from Matthew Schmitz, a senior editor at the Christian-right magazine First Things. In a piece entitled "Trump's 'Purple' Family Values," Schmitz claims to explain why red-state Americans — whom he presents as uniformly working-class, while only college-educated "elites" live in New York — support Trump despite his chronic adultery and multiple marriages. They themselves have "messy lives," Schmitz writes, and can relate to him, unlike both liberal and conservative elites who, he believes, "share an upper-class stress on respectability and a strong taboo against out-of-wedlock birth."

Schmitz then pushes the argument further:

A third model can be found among working-class whites, blacks and Hispanics — let’s call it purple. In these families, bonds between mothers and children are prized above those between couples. Unstable relationships are the norm, and fathers quickly end up out of the picture.

Schmitz's piece is incoherent and badly argued. This paragraph doesn't merely rely on racist and classist stereotypes, although that's repulsive enough. It also doesn't make sense. If working class black and Hispanic voters have "purple" values that Schmitz believes lead to Trumpian sympathies, then why did only 20 percent of nonwhite voters without college degrees vote for Trump?

Schmitz's implication that "elites" of all political persuasions rejected Trump also collapses in the face of evidence. More white college graduates voted for Trump than for Hillary Clinton. To bolster his claim that "[e]lite evangelicals decried [Trump's] infidelity," Schmitz invokes Episcopalians and Presbyterians. But those two denominations have largely eschewed the evangelical model and are more commonly understood as mainline denominations. (Both churches, for instance, have infant baptism, in contrast with the "born again" model more common to evangelical churches.)

In reality, prominent evangelical leaders like James Dobson and Jerry Falwell, along with roughly 80 percent of evangelical voters, vigorously supported Trump. Instead of denouncing Trump's infidelity, evangelical leaders like Tony Perkins have suggested Trump deserved a "mulligan" or claimed, as Dobson did, that Trump "is a baby Christian" and that this recent conversion -- the actual date or details of which remain unknown -- conveniently wipes out his ample career of sin.

One doesn't need to engage in Schmitz's pretzel logic, or pretend that places like Kansas and Arkansas are bereft of an evangelical elite, in order to understand what's going on here. The string that connects the messy lives of red-staters with support for Trump is really quite simple: It's the sexism, stupid.

As I noted on Twitter, the thing to understand about the right's long-term obsession with "family values" is that they were never meant to apply to straight men in the first place. All these sex rules are about controlling women, LGBT people and people of color. When it comes to straight white men, red America has always tacitly understood that they get a pass to do what they want. Which is why, for instance, the same people who shake their fingers at college girls for wanting birth control will rush forward to make excuses for young men accused of rape — even though the latter is not just about sex, but is also a violent crime.

That's why, even if Trump were discovered to have caused and paid for an abortion, his supporters who want abortion outlawed would shrug it off. The anti-abortion campaign is all about punishing women for sex, not men.

I don't know whether Schmitz, who grew up in Nebraska, is playing dumb or has really fallen this out of touch. But in my experience growing up in west Texas, sexism is really the root of a lot of the messiness that Schmitz sees in red-state American life.

As for why red staters get divorced more, the answer is stunningly simple: They get married more in the first place. They marry younger and marry more quickly after meeting someone, and then they are more likely to find themselves in bad marriages that need to be dissolved.

Social-science writers often euphemistically say that conservative communities put a "higher value" on marriage, but a more blunt way to put it is that such communities stigmatize not being married. For women in particular, marriage, rather than education or a career, is viewed as the entry into adulthood. Women can be made to feel that there's something wrong with them if they fail to snag a husband in a timely fashion. Lengthy cohabitation or dating will often draw pointed inquiries and metaphors about cows and milk prices.

The same sexism that pushes women into hasty marriages, I suspect, puts a lot of strain on those marriages. I've seen a lot of divorce in my red-state life, and while some of it was just the normal process of people drifting apart, a lot of it was due to women feeling put upon or unappreciated. There are also a lot of men who feel, Trump-style, that they're entitled to cheat and then blow up their marriages when they get caught.

More progressive areas accept, and often now expect, that young people will have serious relationships that don't end in marriage, often for years at a time and involving lengthy bouts of cohabitation. If those people in starter relationships were pressured into marriage as often as they are in conservative communities, the divorce rate would shoot up in blue states, too.

Ultimately, the thing to understand about Trump is that his life doesn't conflict with red-state "family values" in any way, and not because people in those places lead "messy" lives. It's because his career of serial marriage and adultery conforms to traditional gender roles, where wives are decorative and function as support staff, and mistresses are there to relieve men's sexual urges -- which women aren't really allowed to have.

For one brief moment in his piece, Schmitz glances against these realities, writing that red-state families "tend to be inegalitarian" and noting that they marry younger and have more children. Then he moves on, blithely failing to perceive that this view of women as both inferior and subservient leads both to supporting Trump and to so many of the divorces and unintended pregnancies that Schmitz says make red-state lives "messy." Actually reckoning with that might open the door to admitting that feminism isn't just an odd hobby for cat ladies, but a genuine plan for improving society for all people. I'm guessing that doesn't fit into Schmitz's purple family values.

Rob Reiner: Our democracy is eroding

Actor and director visited Salon Talks to discuss his new film and its link to America's current crisis.