Celebrate the Fourth — while we can! Democracy is crumbling but there's a cookout at my place

This Fourth of July, I'm missing my grandma and mourning the state of America. But maybe Trump did us a favor 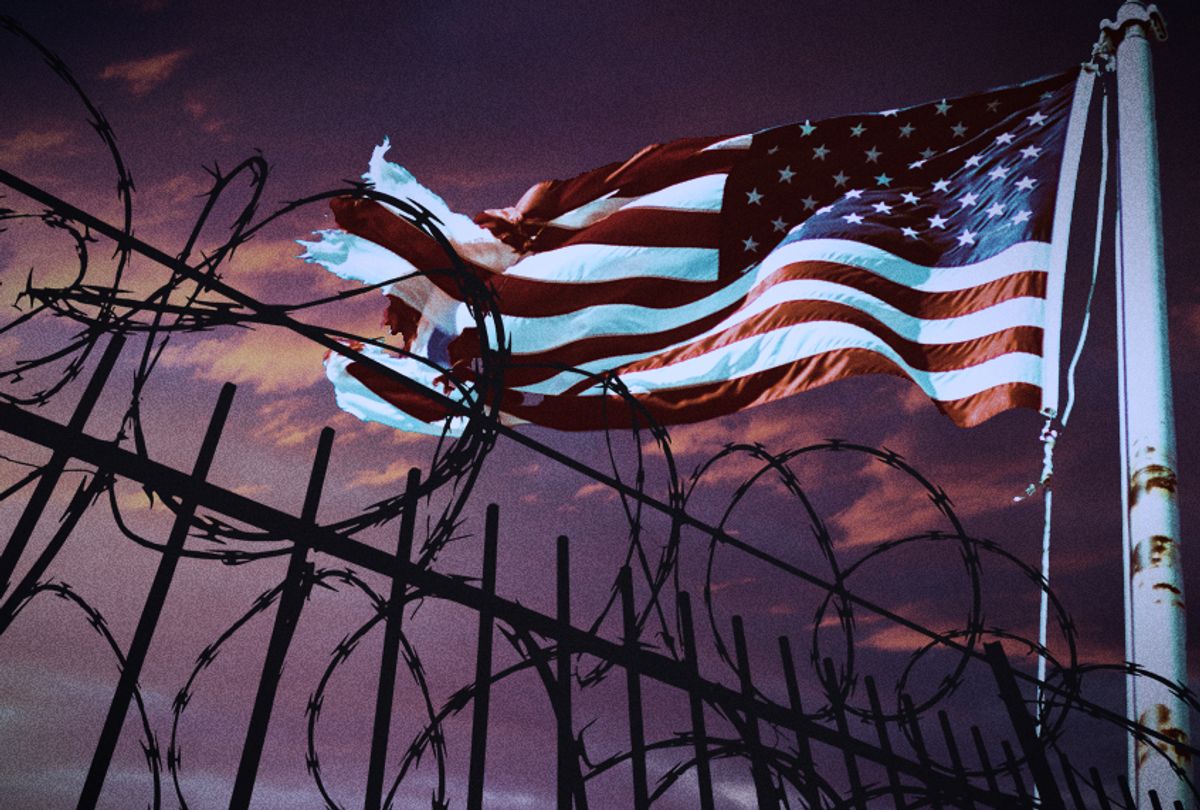 I actually get excited about the Fourth of July. But I have some rules.

Things I don’t do: Wave an American flag, wear outfits with flags on them, sing the Star-Spangled Banner or salute the founding fathers, who also happened to be (for the most part) a bunch of slave-owning racists.

Thing I actually do: Crank Earth, Wind & Fire at the highest level as I fire up the grill, drink too much, burn chicken, talk trash to relatives and think about my late grandma. She loved the Fourth – probably because it was the only day in the summer that brought the whole family together.

Those family gatherings haven’t been the same since she passed; we try to make it work in the midst of our own disagreements, with the surge of white supremacy as the backdrop, I still find the energy to light up the charcoal and invite people who will ever show up. I intend to do the same this year as our democracy disappears. There may not be a cookout -- or, as my white friends say, a "barbecue" -- next year.

Yes, I feel like freedom in this country is disappearing, like half a pair of socks after I put them in the dryer. The election of Donald Trump is the main reason, but not the only one. We see children separated from their parents, people who lived and worked in the U.S. for decades forced out -- while Jeff Sessions calls on God to justify evil, just as many plantation owners did during the days of chattel slavery, another time in history where freedom didn’t exist. And now Justice Anthony Kennedy is retiring.

Kennedy wasn’t really that much of a "moderate." He was appointed by Ronald Reagan, but he’s also not the Jeff Sessions or Mike Pence type of conservative. Kennedy was on the right side of abortion, affirmative action, gay rights and a few other liberal-leaning issues and now we are losing him­­ – to be replaced by God knows who. Trump's hunger to please the racist right could spark a movement to appoint David Duke. I don't mean the real David Duke; he’d never make it through Congress. But a guy who moves and thinks just like Duke, without the Klan affiliation and the white sheet. As the government crumbles, the perspective of some of our greatest advocates for criminal justice reform follow.

"Locking someone up before they have been convicted is an anathema to liberty."

I have to admit, that sounded great when Alan Dershowitz, the civil liberties attorney Harvard Law professor emeritus said it on MSNBC a few weeks ago, after Paul Manafort was denied bail and sent to jail.

“He has never been convicted of anything. He is as innocent as you and I. And the idea of locking somebody up before a trial is so obnoxious to our Constitution that every civil libertarian should be up in arms," Dershowitz continued. "What they can do if they think that he’s tampering with witnesses is they can subject him to home arrest, take away his computer. … They can have all kinds of restrictions, but the idea of putting somebody in jail before they’ve been convicted," he concluded, was a violation of basic civil liberties.

I think the eminent professor forgot what country we live in and hasn’t been paying close enough attention to current events.

To Dershowitz, this is America: A country where a guilty rich man has a far better chance than an innocent poor one.

Dershowitz has spent his career trying to interpret the law rather than using his clout to tackle the unequal way the law is applied. As a result, nothing changes. For starters, I’d never feel sorry for Paul Manafort. I know so many dudes rotting in jails in the heat right now, with no air conditioning, waiting for their mystery meat sandwiches, who did far less than him and still don’t have a bail.

Not having a bail, as an African American, is normal. When a black defendant finally gets a bail, he might not even be able to pay it because of other systemic issues -- our system is funny like that. Actually, our criminal justice system is broken and outdated. It needs to be completely gutted, and this is why.

Dershowitz takes issue with Manafort -- who is accused of numerous financial crimes, with federal evidence stacked up against him -- being denied bail. To b fair, he has also spoken out on behalf of citizens with fewer resources than Manafort.

"Whether they're a young black man in prison or an older white man in prison, it's a mistake,” Dershowitz told Newsmax TV. “It's in violation of the spirit of the Eighth Amendment of the Constitution to start locking people up based on accusations rather than on proof of crime."

Now, I agree with Dershowitz's claim in its entirety, and would add that you know things in America must be pretty bad when a rich white man gets denied bail. But what Dershowitz and every other person who is ready to wave a flag on the Fourth of July doesn’t yet understand is that America is even worse than it looks, and decaying by the minute.

This country doesn’t just deny bail to poor African-Americans. It locks people up for nothing at all and it’s getting worse. Beginning when I was a juvenile, my friends and I were illegally detained by the homicide division of the Baltimore City Police Department on too many occasions.

Every time a body dropped in the neighborhood, cops would do a sweep, snatch up any and every kid who was hanging around outside and just leave us there until they felt like letting us go. It didn’t matter whether you knew anything about the murder or not. You got no food, no phone calls to your parents, nothing except a bunch of lip and promises that you would be the next fall. They held me for 16 hours more than once, just because.

After Martin O’Malley became mayor of Baltimore in 2000, things got worse­­. It sometimes felt like being black became illegal: In 2005 alone, 76,497 people were arrested without warrants. Charges included so many ridiculous things, like riding your bike on the sidewalk or having an open container­­. More than 40 percent of all the arrests that year were charges based on an "officer's discretion­."

O’Malley’s cops were graded by the number of people they locked up, so our record levels of local incarceration were like cash bonuses for them. It got so bad that the NAACP and ACLU had to sue the city. (They won.) Now the federal government seems to be enacting the same policy on a national scale. It's not just poor black people who are losing their freedom.

Maybe that’s a good thing in the end. Maybe Trump was the leader we needed to show us how messed up this country really is and how we are strategically divided for ridiculous reasons -- poor people of all colors and both parties, who will never achieve social mobility, hating each other while the top one percent laughs. Maybe Trump will show us why we need to unite to make sure this never happens again.

I’m off today, so if you’d like to talk about this some more, leave your Confederate flag at home and slide past the cookout. Happy Fourth, everybody.