How to reduce drunk driving on July 4th — and every day 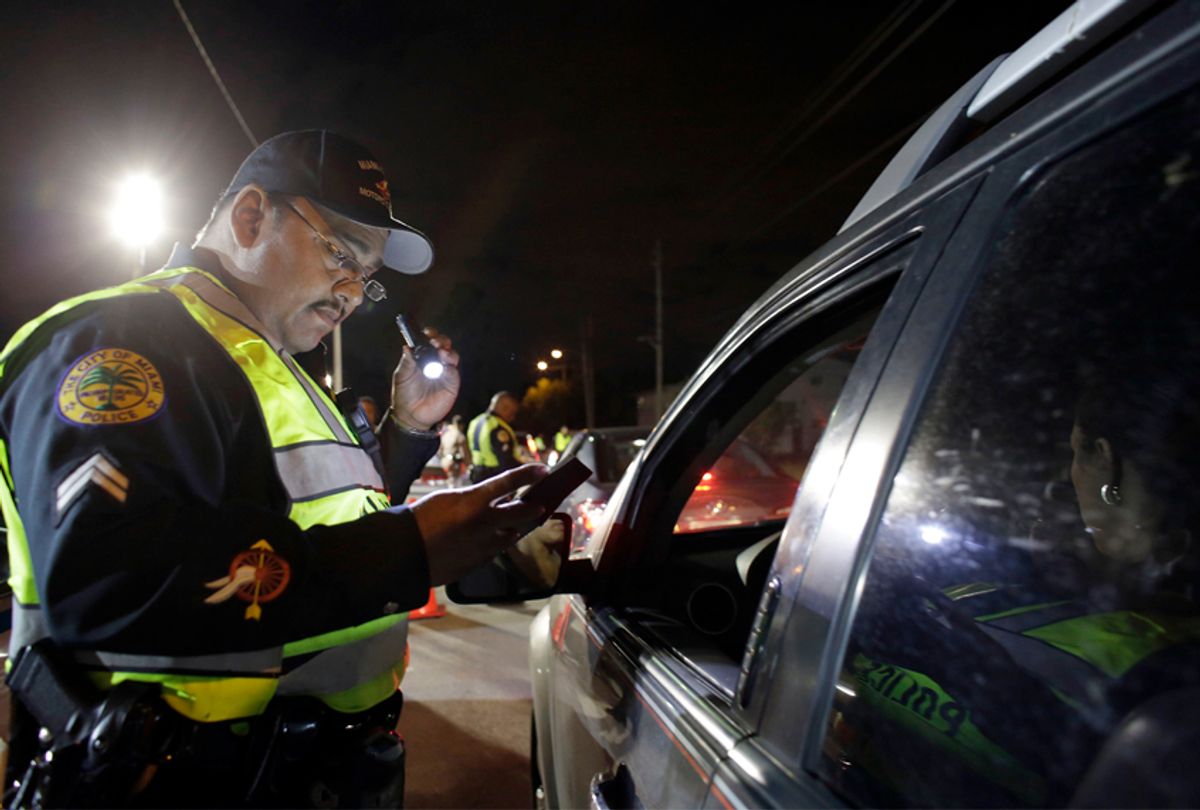 July 4th is usually a joyous holiday. Whether one chooses to celebrate the United States' Independence Day or just takes pleasure in a day off from work, the holiday is typically defined by family barbecues, dazzling fireworks and heavy drinking. And that's why the fourth of July holiday is one of the nation's most deadly when it comes to fatalities relating to drunk driving.

"Last year, from 6 p.m. July 1 to 5:59 a.m. July 5, 188 Americans were killed in crashes involving drunk drivers," according to Mothers Against Drunk Driving (MADD), a nonprofit organization committed to ending drunk and drugged driving. "During that timeframe, drunk driving deaths accounted for 41 percent of all fatalities on U.S. roadways."

For MADD National President Colleen Sheehey-Church, the danger of the July 4th holiday and the days following is a reality that she and her family know intimately. On July 10, 2004, her teenage son, Dustin, who was sober, got into a car with an underage young woman who had been drinking and taking drugs. The driver accelerated the car to 70 miles per hour in a 30-mile zone and the car became airborne, flying over a cliff and landing in a river, Sheehey-Church told Salon. Dustin, who was in the backseat and seat-belted, drowned in the submerged car, unable to get out in time and left behind by the car's driver and the other passenger in the front seat, who had been perhaps too impaired to help him, Sheehey-Church added.

It's just one example of an issue that is epidemic in scope, as drunk driving continues to be the leading cause of death on the nation's roadways. Every 51 minutes someone is killed because of it, MADD reports. In a country where many people have cars or access to cars and spend time on the road, the statistic that "two out of three people will be impacted by drunk driving in their lifetime," according to MADD, is both devastating and foreboding.

However, in MADD's 38-year history, the organization has made a significant impact on the scourge of drunk driving fatalities, cutting the number in half since its founding in 1980. Yet its position is that even one drunk driving accident is one too many, as each death or injury is a tragedy that was completely preventable in the first place.

"We are not against drinking," Sheehey-Church said. "We are against getting behind the wheel and possibly turning that 3,000-pound car into a 3,000-pound weapon, not only killing themselves but then the injuring or harming or killing of someone else."

MADD was instrumental in the lobbying around the National Minimum Drinking Age Act of 1984, and raising the legal age of alcohol consumption to 21. According to a Vox article, "Sorry, college students, but the drinking age should stay at 21," which cites a 2014 research report published in the "Journal of Studies on Alcohol and Drugs," the positive evidence connected to raising the drinking age has been overwhelming. While it didn't curb all underage drinking, it did reduce it, and in the end, it saved a significant amount of lives.

"The review found the drinking age saves at least hundreds of young lives annually just as a result of reduced alcohol-age-related traffic fatalities among underage drivers," Vox reported. After the National Minimum Drinking Age Act passed, the research "found that the number of fatally injured drivers with a positive blood alcohol concentration decreased by 57 percent among ages 16 to 20, compared with a 39 percent decrease for those 21 to 24 and 9 percent for those 25 and older."

MADD's goal moving forward is the total elimination of drunk driving in the United States. The organization developed a two-tiered vision to accomplish this, based on prevention and invention.

Prevention involves the work of law enforcement and sobriety checkpoints. According to what Sheehey-Church and MADD refers to as high visibility law enforcement, vigilant officers and checkpoints dedicated to monitoring drunk driving tackle the problem from the source because it works as a deterrent. If people know police are scattered and sobriety checkpoints are stationed, "they can actually reduce alcohol-related crashes and fatalities by 18-24 percent," she said. Given that an average driver has driven drunk 80 times before their first arrest, the thinking goes that more routine checkpoints will do much to combat this under-monitored pervasiveness.

The other prevention component is ignition interlocks, which MADD recommends be required if a driver has been convicted of any drunk driving offense. (A suspended license is not sufficient, as three out of four of individuals with suspended licenses continue to drive.) The ignition interlock system, which only allows a driver to start the car if they blow into the device and are sober or their blood alcohol count is under the legal limit, is a practice already used in 30 states, plus Washington, D.C. MADD is advocating that it be mandatory across the board and, most importantly, that it be enforced.

While MADD doesn't have exact data on the downturn of drunk driving due to the rise in ride-sharing services like Uber and Lyft, which makes it easier to plan ahead for a night of drinking, Sheehey-Church acknowledges that these services have had a positive impact. MADD has made technology advances an integral part of their advocacy work and the organization supports the implementation of autonomous vehicles, believing that the advancement in technology has the potential to eliminate all behavior-based traffic deaths, including drunk driving.

In this vein of innovation, MADD also encourages the development of a Driver Alcohol Detection System for Safety, a system in all future cars that would detect the blood alcohol count of the driver through either a touch-based or an air-sampling system. MADD imagines that in the future, it could be stream-lined like the inclusion of air-bags now.

Other suggestions to reduce the number of drunk driving fatalities connect to alcohol consumption directly, including raising the alcohol tax and limiting the number of liquor stores or alcohol-selling outlets in neighborhoods, enforced through stricter licensing.

What's evident is that unless the campaign against drunk driving receives public attention and support, there is little incentive for lawmakers to act or for offenders — caught or not — to stop putting themselves and everyone on the road in danger. Sheehey-Church underscores that public support is critical to MADD's mission to eliminate drunk driving entirely.

"A lot of people think that it’s not a problem," she added, but "every day in the United States, 300,000 people are driving drunk."

Sheehey-Church promised that she and the people behind MADD would not stop fighting "until we can actually say there are no more victims."

America is not the king of fireworks

In this exclusive clip from the POV documentary, “Brimstone & Glory,” fireworks take on a whole new meaning beyond Independence Day celebrations.