The biggest concern, according to a new report, is the pace at which the magnificent reef’s coral is bleaching 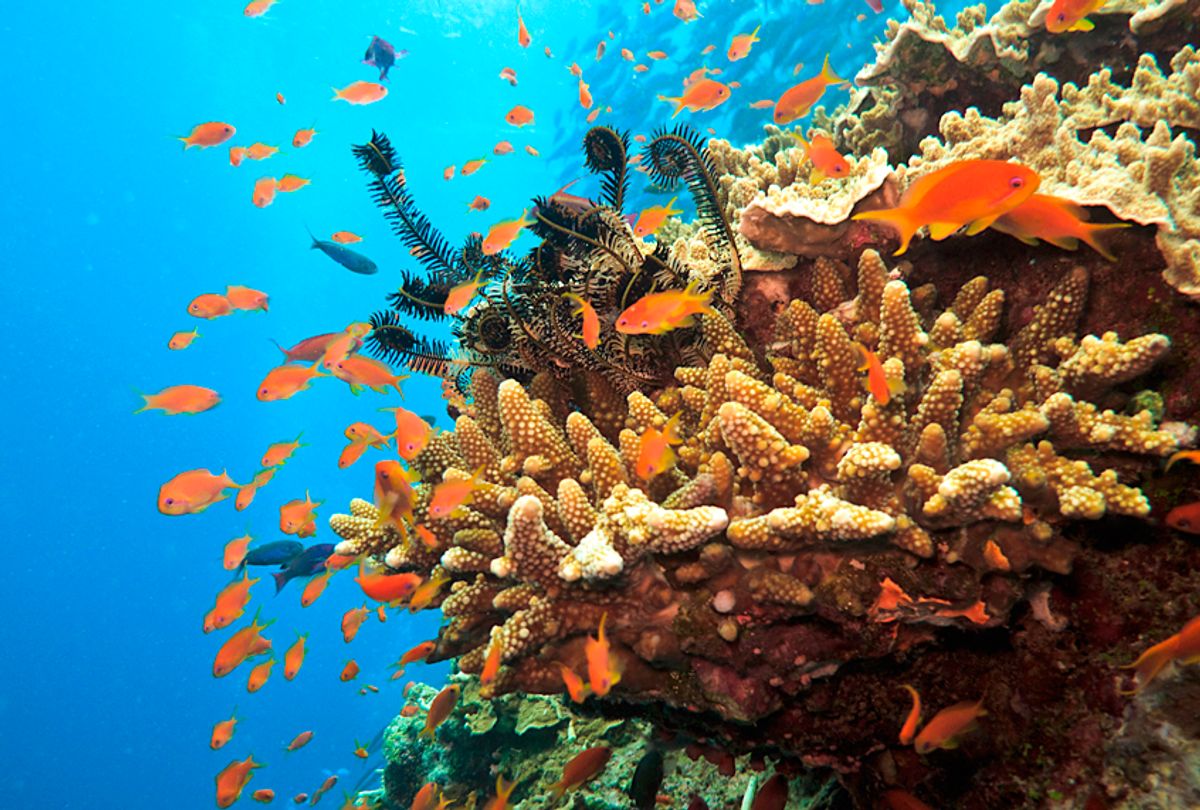 Scientists are sending up flares, once again, to warn the world that the Great Barrier Reef could face a tragic end sooner rather than later. Indeed, a new report published by the Climate Council adds to the mounting research suggesting that the world’s largest reef system — one that is even visible from outer space — is likely to reach an irreparable state in the next few decades if greenhouse gas pollution levels are not curbed.

The biggest concern, according to the report, is the pace at which the reef’s coral is bleaching. Coral bleaching is what happens when water temperatures rise, or coral is exposed to runoff and pollution. When this happens, coral proceeds to eject algae which causes the coral to turn white — hence the name “bleaching.”  According to the National Ocean Service, bleaching does not always lead to the death of coral. It can recover, but only if it is no longer exposed to the stressful state that caused it to bleach in the first place. When bleached, the coral is vulnerable, and can eventually die if it stays in such a stressful environment.

“By 2034, the extreme ocean temperatures that led to the 2016 and 2017 bleaching events may occur every two years under current greenhouse gas pollution rates, effectively destroying the Great Barrier Reef,” the report explains.

To put the alarming rate into perspective, in the late 20th century — according to the report — large-scale bleaching occurred on average every 27 years. Today, the average rate is around once every six years. An increase to every two years could be catastrophic.

“This would effectively sign the death certificate of one of the world’s largest living marine structures,” said Martin Rice, acting chief executive of the Climate Council, said via the New York Times. “It should serve as a serious warning signal for governments around the world to act now.”

Australia is indeed aware of the urgency and action that needs to be taken to save the reef. In April, officials announced the Australian government devised a plan to invest 500 million Australian dollars into the reef’s conservation. However, the report by the Climate Council noted, such efforts are undermined by the government’s failure to take steps to combat climate change, the real culprit.

“Yet funding for addressing the greatest threat to coral reefs – climate change – was reduced in the 2018 budget, from $3 billion in 2018 to $1.6 billion in 2019, and it will be further cut to just $1.25 billion by 2022,” the report stated. “Furthermore, ocean acidification will increasingly undermine the processes that sustain reef resilience by reducing the ability of corals to develop and maintain their skeletons.”

In order to properly course-correct the Great Barrier Reef’s fate, a global effort must take place, as it is not just one reef, however magnificent, that is at risk.

The reports adds that “global greenhouse gas emissions must peak by 2020 at the latest and track steeply downwards thereafter, reaching net zero emissions by 2050 at the latest.”

Indeed, addressing this was essentially the goal of the Paris Climate Agreement — banding together on a global scale to reduce carbon emissions — which Donald Trump controversially abandoned in 2017. Moreover, former Australian Prime Minister Tony Abbott has recently suggested that Australia should pull out of the agreement as well, according to reports.