Donald Trump's Nobel Peace Prize is slipping from his grasps, as his diplomacy in North Korea is imploding 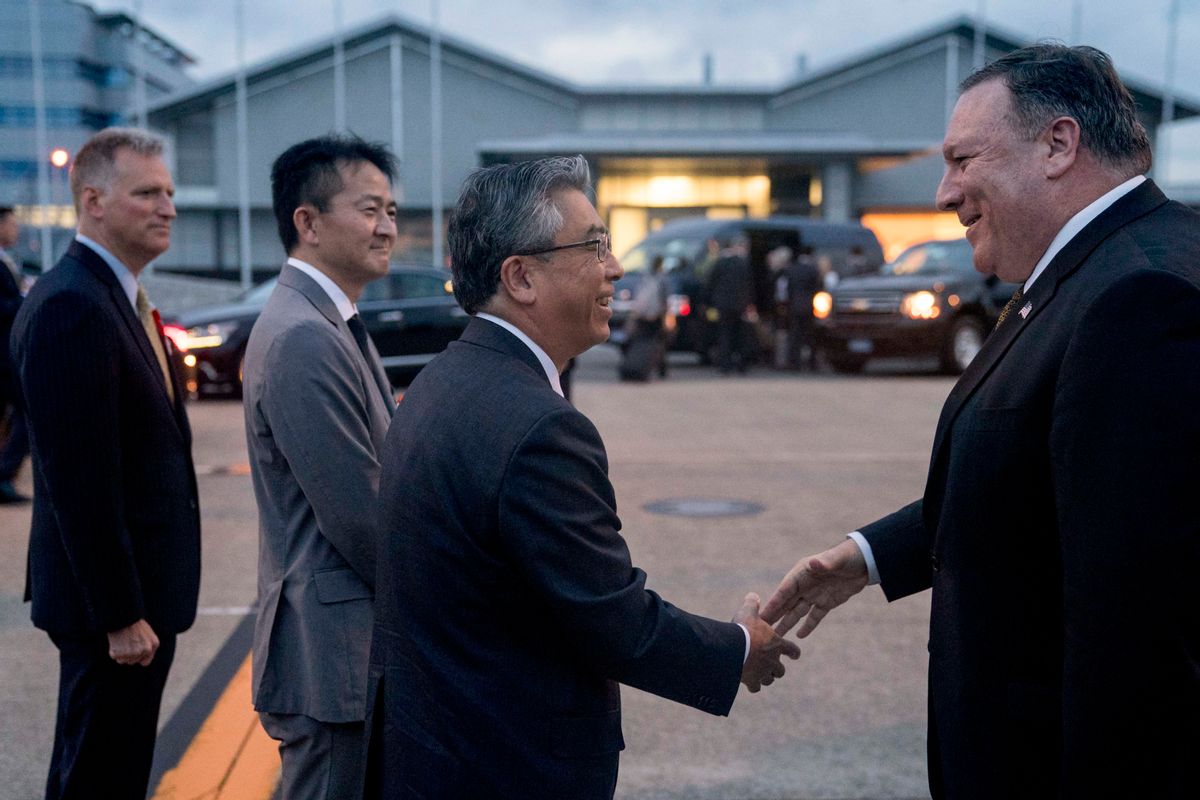 President Donald Trump's Nobel Prize talk may have been a bit premature.

This week, the Trump administration pushed forward in its attempt to bring peace to the Korean Peninsula. Coming off an unprecedented summit in June, during which the president met with North Korean leader Kim Jong Un, Trump sent a delegation to Pyonyang on Thursday to discuss denuclearization.

Secretary of State Mike Pompeo, who led the tense negotiations on the U.S. side, insisted the talks were productive as he departed the North Korean capitol on Saturday.

North Korea did not have the same experience, apparently.

In a statement released Saturday, North Korea said its negotiations were “regrettable” and accused the U.S. of pressuring the country into a “unilateral and gangster-like demand for denuclearisation."

The statement by an unnamed North Korean Foreign Ministry spokesman said that the U.S. betrayed the spirit of last month’s summit by making unilateral demands on the complete, verifiable and irreversible denuclearisation of North Korea.

The North Koreans' statement said the negotiations were “very concerning” because it has led to a “dangerous phase that might rattle our willingness for denuclearisation that had been firm.”

In essence, the statement wholly refuted Pompeo's version of events.

Pompeo had told the press two hours earlier that the two nations made "progress."

“We had many hours of productive conversations,” Pompeo told reporters before departing to Tokyo. “These are complicated issues but we made progress on almost all of the central issues. Some places a great deal of progress, other places there’s still more work to be done.”

Pompeo claimed complete denuclearization is still on the table.

“No one walked away from that, they’re still equally committed, Chairman Kim is still committed,” Pompeo said. “I had a chance to speak to President Trump this morning, I know my counterpart spoke with Chairman Kim during the course of our negotiations as well.”

The negotiations in Pyongyang appear to be another setback for Trump's quest to win a Nobel Peace Price. While the president has not vocally expressed his desire to win the coveted award, he has acknowledged it is on his mind.

Asked in May if he thought he deserved the Nobel, Trump smiled before saying, “Everyone thinks so, but I would never say it.”