Trump picked a fight with the Bush family at the same rally he vouched for Putin's character, now he's hearing it 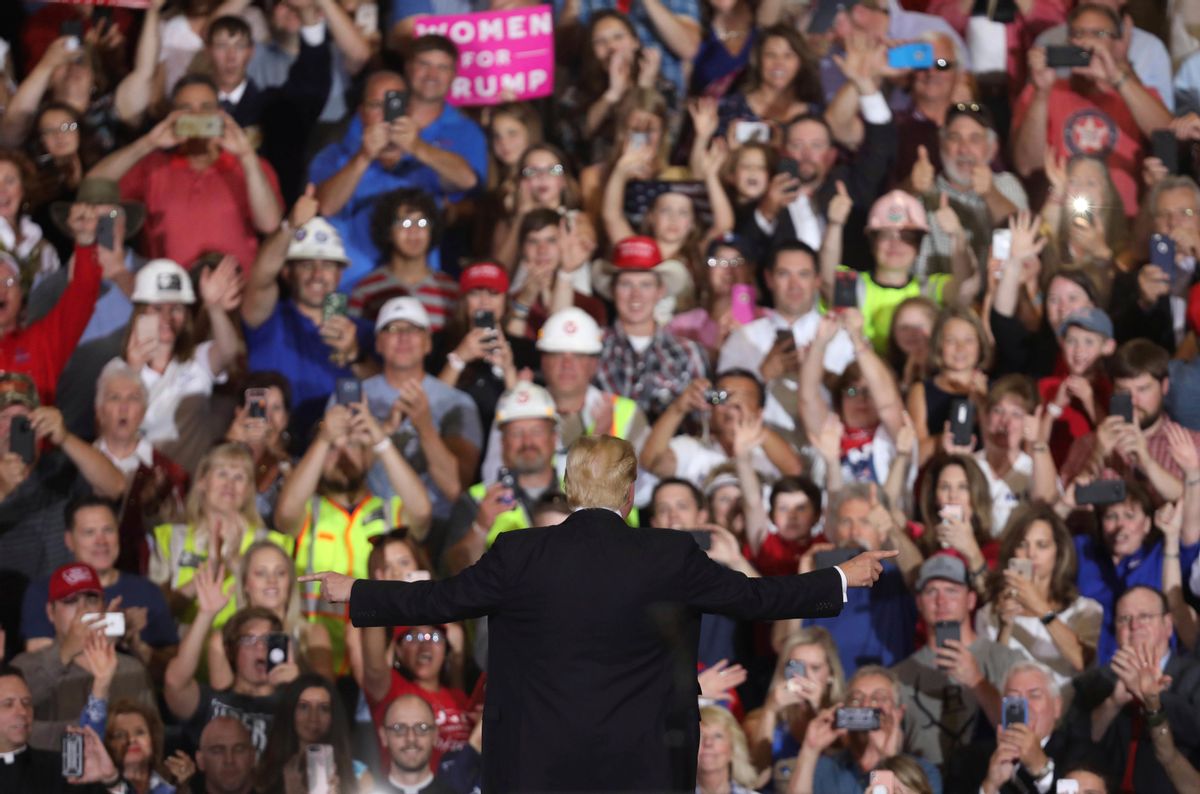 President Donald Trump usually receives accolades from Republicans for his energetic rallies. But Trump may have overstepped a line Thursday that no president, even the 45th, can cross. He mocked one of his predecessors.

Numerous Republicans came out to condemn the president for his derisive language directed at former President George H. W. Bush.

Speaking at a rally in Montana, Trump compared his campaign slogan to that of Bush's.

"You know all of the rhetoric you see. 'Thousands points of light.' What the hell was that by the way?" Trump said.

Trump has called immigrants "animals" and lead chants that encourage the arrest of his political opponents. In response, most Republicans never even raise a peep. Yet that all changed after Trump's harebrained line went too far, apparently.

This is so uncalled for. Going after a 94-year-old, former President’s promotion of volunteerism. I don’t mind potus being a fighter. I do mind him being rude. https://t.co/Hr0d20Wuzz

Well, Mr. President, since you ask: it was an image of a nation illuminated by our better angels, offered by a man who gave his life to the service of that nation.@GeorgeHWBush https://t.co/QnGK5DukWc

Trump's words may have stood out, in part, because it contrasted so sharply with what he had to say about Russian President Vladimir Putin. Trump called Putin "fine" and dismissed naysayers who fear that he will not be prepared for a meeting with the former KGB agent.

"Putin’s fine, he’s fine, we’re all fine, we’re people," Trump said in Montana. "Will I be prepared? Totally prepared – I have been preparing for this stuff my whole life, they don’t say that.”

After the rally, Bush's granddaughter, Jenna Bush Hager, explained what the "Thousand points of light" slogan meant by sharing a letter Bush wrote in 1997.

“I have pursued life itself over many years now and with varying degrees of happiness. Some of my happiness still comes from trying to be in my own small way a true ‘point of light,’” the letter said. “I believe I was right when I said, as President, there can be no definition of a successful life that does not include service to others. So I do that now, and I gain happiness.”

Hager expanded on the phrase, tweeting: “A point of light was a vision about serving others, one that lit up our country, one I hope our country hasn’t lost.”

From a letter my grandfather wrote in 1997: a point of light was a vision about serving others, one that lit up our country, one I hope our country hasn’t lost. pic.twitter.com/JTq9BHcbvf