Russian bots are back: #WalkAway attack on Democrats is a likely Kremlin operation

Are real-life Democrats leaving the party in disgust? No, but Russian-fueled online trolls want you to think so 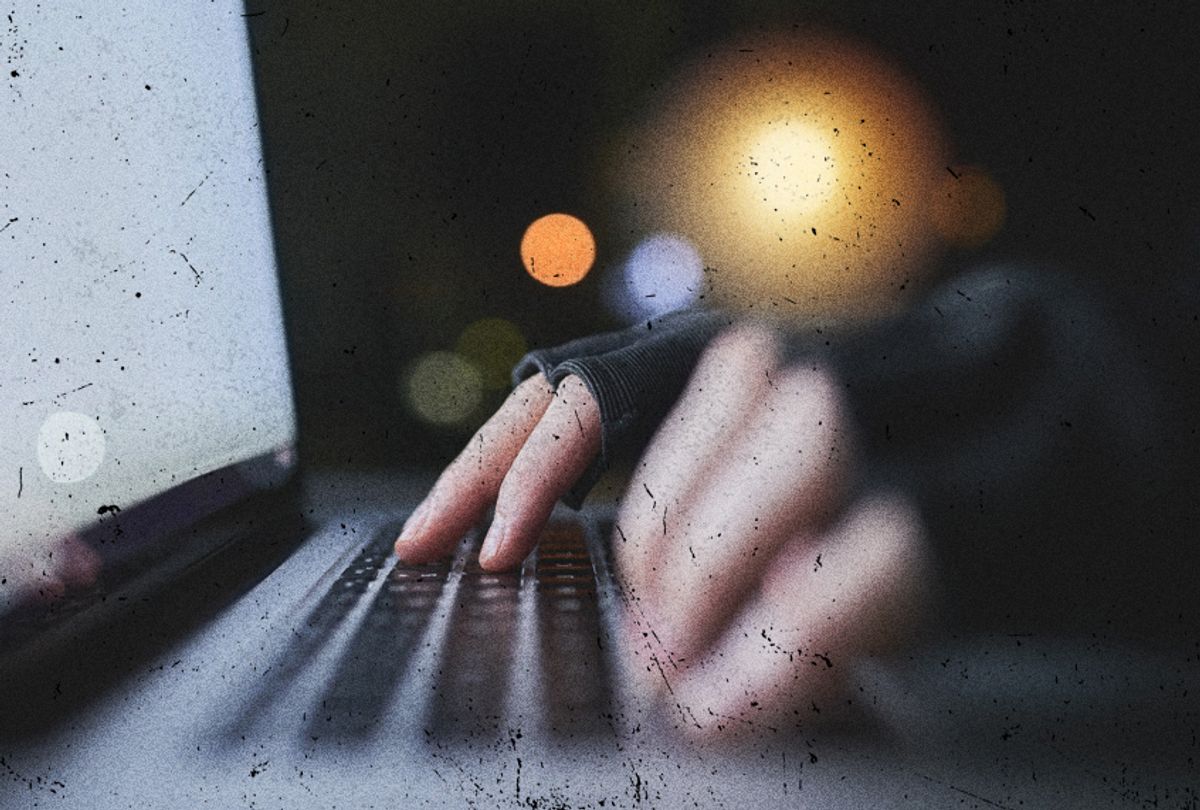 A little more than a year ago, I posted and pinned the following predictive tweet: “Get ready. A year from right now we'll be up to our asses in Russian fake news, malware, hacks, mayhem aimed at the midterms. Pinning this.” Granted, it wasn’t a difficult forecast knowing what we knew at the time.

The committee will continue its probe from this position. It’s also worth noting that the committee’s chairman, Sen. Richard Burr, R-N.C., said publicly that the committee has “been incredibly enlightened at our ability to rebuild backwards the Steele dossier up to a certain date.” Burr and company reportedly continue to communicate with Christopher Steele’s legal representation to corroborate the remainder of the document.

All told, those of us who are keeping track of the revelations from both Robert Mueller’s office and the Intelligence Committee know what’s what. And that includes Vladimir Putin’s ongoing "active measures" meant to disrupt American democracy.

So far in the 2018 cycle, we haven’t seen any evidence of hacker attacks similar to what transpired in early 2016 and throughout that year, with malicious Russian hackers linked to that nation's military intelligence agency, the GRU, infiltrating Democratic Party accounts then releasing the stolen emails through WikiLeaks. Anyone who’s spent time in the harrowing weeds of political Twitter recently, however, has surely witnessed the prevalence of trolls and bots swarming popular liberals and “blue checks” while simultaneously spreading propaganda designed to influence the outcome of the election.

One of the present-day agitprop campaigns linked to Putin’s hacker squads is the “WalkAway” hashtag.

The Huffington Post reported over the weekend that this troll attack is a counter-measure against the potential “blue wave” coming this fall, with the WalkAway hashtag intended to simulate real-world Democrats who have apparently chosen to leave the party due to its (try not to laugh) alleged intolerance and lack of civility. It’s a ludicrous concept, given the galactically more egregious incivility of Trump and his Red Hats, extending back at least three years and including a deadly terrorist attack in Charlottesville, among myriad other examples.

In any case, this "hashtag has been connected to Russian bots," according to the HuffPost report:

It has ranked as the third or fourth most popular Kremlin-linked hashtag for days, according to bot tracking by the Hamilton 68 site run by the bipartisan Alliance for Securing Democracy, which keeps tabs on Russian activity on the American internet.

Arc Digital has made the same connection in the “strikingly similar” tweets pushing a “familiar narrative” of Democratic “bullying.” Arc traced the campaign from a Facebook group in May and subsequent tweets whose traffic suddenly began to explode late last month.

As I write this, Hamilton 68 has ranked #WalkAway as the most tweeted hashtag in the last 48 hours. 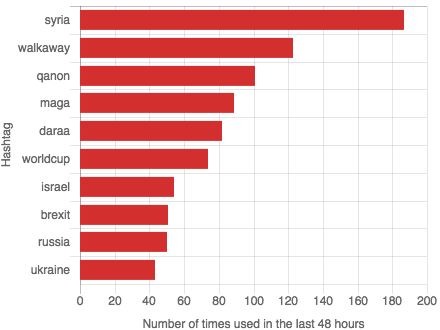 To be clear: This isn’t being circulated by earnest yet misguided voters who formerly identified as Democrats. This is clearly being circulated by trolls connected to the Russian influence operations. #WalkAway has obvious roots in the 2016 primaries, when Russian trolls attempted to turn liberal or left-wing voters against casting general election ballots for the eventual Democratic nominee (either Bernie Sanders or Hillary Clinton), thus diminishing Democratic turnout. The same goal applies here.

Oh and yes, the conservative entertainment complex is on board. Despite the reality that Russians are accosting voters with nefarious agitprop like this -- including other keywords like “rigged” and “witch hunt” -- HuffPost noted that Fox News is reporting this active measure as if it were an actual grassroots “movement.” It’s not.

The #WalkAway attack appears to be targeting disaffected registered Democrats who might be inclined to fall in line with an exodus from the party, a few months before a hugely important election. Sure, that’s a highly specific and pretty small demographic. But, as we’ve seen, modern elections tend to feature too-close-for-comfort margins, swung by relatively small groups of voters. The good news, of course, is the prominence of the hashtag doesn’t necessarily mean that real-life Democrats are suddenly exiting the party.

That said, moneyball-ish tactics like this can be winning ones if the message sticks to the wall, and this one doesn’t appear to be dissipating. The Washington Post traced this non-movement to a guy named Brandon Straka, a random human being from New York who’s either being exploited as a “useful idiot,” or who made a confounding decision to leave the party and so became the spark for this operation.

Either way, this is neither the first nor the last example of Russia’s pro-Trump, pro-Republican agitprop this election season, especially now that Trump himself appears more steadfast than ever in his support for Putin through his endless screeching about the so-called “Russia hoax.” Fortunately, Twitter is actively deleting millions of fake accounts, potentially diminishing the impact of Russia’s current assault. Twitter’s scant attempt to thwart the attack is cold comfort realizing the president himself is a Kremlin apologist -- that would the president of the United States, who swore an oath before a smaller-than-usual inaugural crowd to protect and defend the Constitution. So far, he’s done nothing but defend and protect himself, allowing our most cherished institution -- our elections -- to be undermined by a hostile foreign intelligence service.

As for my prediction from a year ago, indulge me as I repeat something I’ve mentioned before: I wish I was wrong about all of this, I really do, but I don’t think I am. It’s going to be a unnerving summer and fall. But the outcome doesn’t have to be dire if we all keep our eyes open and recognize that our public discourse is under sustained attack from hostiles pretending to be Americans, very likely backed by a few compromised Americans with links to the hostiles. Before you retweet, verify what you’re reading. The stakes are too high to get suckered again.

Do Democrats need a total overhaul?