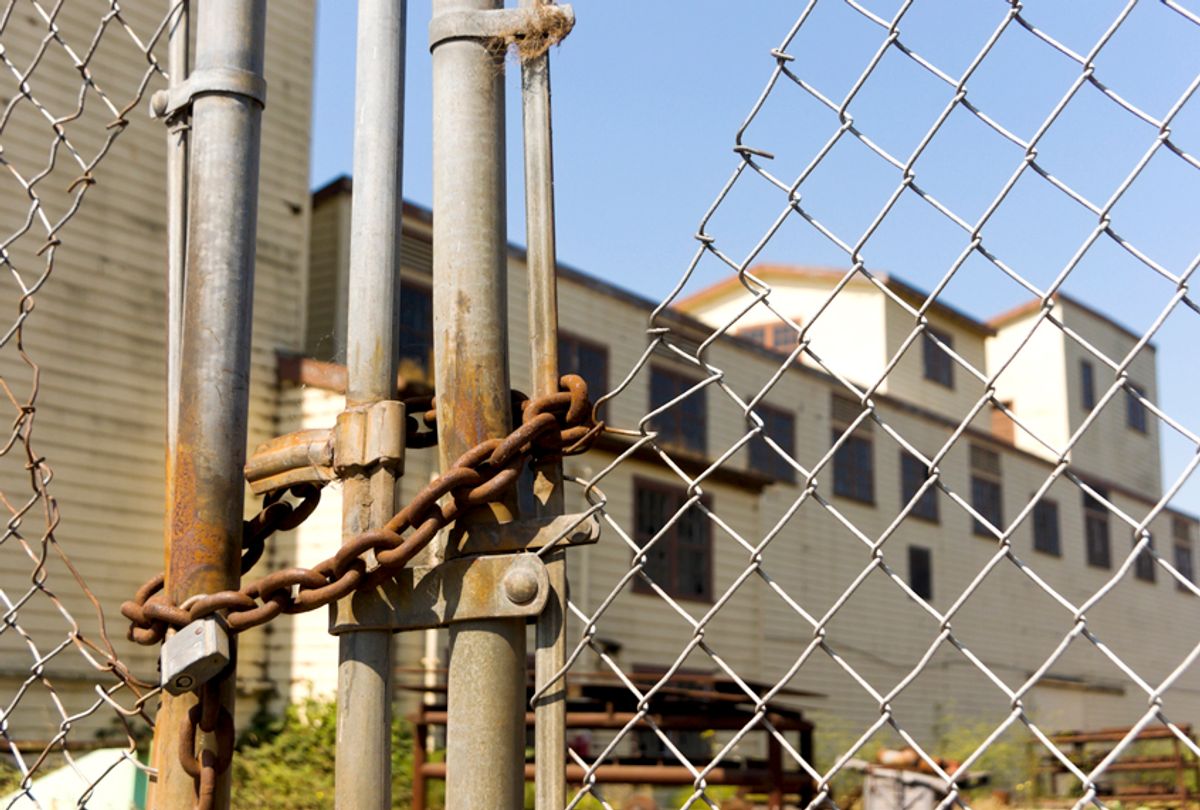 It’s no secret that the waning power of American unions has contributed to stagnant wages. But a new study suggests that this trend hasn’t affected just worker income. It also may have cost thousands of lives.

The portion of the U.S. work force covered by unions has fallen for decades, and the labor movement suffered another major setback Wednesday when the U.S. Supreme Court struck down public-employee contracts requiring workers to pay union dues.

The new study focuses in particular on the extent to which state “right to work” laws — which barred mandatory union dues for non-union members even before Wednesday’s Supreme Court ruling — translate into more workplace deaths. Using mathematical modeling techniques, the study found that the rate of job-related deaths among U.S. workers from 1992 through 2016 was 14.2 percent higher than it would have been if union membership had not been undercut by right to work laws.

That equated to roughly 7,300 extra workplace deaths over the 25-year period, according to author of the analysis, Michael Zoorob.

The conclusions of the study, published in the medical journal BMJ, in some respects buck conventional wisdom. Workplace deaths generally have declined over the years, thanks in part to outsourcing of dangerous jobs to other countries, technological advances and a rise in less hazardous service employment.

But after falling below the 4,600 level annually during the Great Recession, on-the-job fatalities have risen since 2013, reaching 5,190 in 2016, according to the U.S. Bureau of Labor Statistics.

Zoorob said this uptick roughly coincided with a rise in the adoption of state right to work laws. Twenty-eight states now have such laws up, from 21 in 2000.

“The implication is that this results in changes in workplace policies that increase occupational mortality,” said Zoorob, a PhD candidate at Harvard University’s Department of Government.

There is a small but growing body of research highlighting the health benefits of unions. Zoorob’s study cited a 2016 report in the American Journal of Public Health that union contacts provide, among other benefits, protections against workplace hazards.

“The overarching point is that unions are important in workplace protections, and the fact that they’re declining because of public policies like right to work is concerning,” he added. Harvard was the sole source of funding for Zoorob’s study.

Supporters of right to work laws weren’t persuaded by Zoorob’s findings. James Hohman, director of Fiscal Policy for the Mackinac Center for Public Policy, a think tank that promotes free-market principles, said occupational injuries and deaths have actually dropped in some states following the passage of anti-union laws.

“Workplaces have become safer over time even as unionization has declined,” Hohman said in an email.

Yet both Michigan and Indiana have seen a spike in occupational fatalities, despite the decline in injuries, since passing right to work laws.

In general, though, occupational fatalities have fallen. They declined nationally from 6,217 in 1992, when the BLS began keeping a comprehensive count, to 5,190 in 2016.

Zoorob and other scholars attribute most of that decline to a combination of technological progress and the outsourcing of dangerous jobs. He calculated that the death toll for workers would have been 131,436 during the 1992-2016 period instead of 138,736 if it hadn’t been for the adoption of right to work laws. Union membership in the U.S. declined from 15.7 percent of the workforce in 1992 to 10.7 percent in 2017.

Labor advocates say the right to work movement has ignored the role played by unions in reducing occupational fatalities.

“Most employers do want to do the right thing, but you have a number who will cut corners on health and safety,” said Jordan Barab, who was deputy assistant secretary of labor for occupational safety and health in the Obama administration. “It’s the unions that are there to push them and ensure they comply with the law.”

Barab also credited unions with improving workplace safety by lobbying for important legislative and regulatory changes – although, as labor organizations lose dues-paying members, they have increasingly had to eliminate the staffers who handle health and safety campaigns.

The Service Employees International Union, for example, plans to terminate its sole remaining national staffer for health and safety on July 1. Other major labor groups, like the American Federation of Teachers, have opted to not hire new officials when long-term staffers retire.

“We just don’t have the bodies to go up to the hill and lobby Congress or testify at hearings,” he said. He noted that President Donald Trump has twice tried to axe OSHA’s Susan Harwood Training Grant Program, which trained many of the health and safety staff employed by unions.

While right to work laws have undermined private sector unions, they have not had as much success eliminating the power of public sector unions, which represent 34.4 percent of public workers. But that could change very soon.

On Wednesday the U.S. Supreme Court issued a decision in the landmark case of Janus v. AFSCME Council 31. (AFSCME is the American Federation of State County and Municipal Employees). In a 5-4 ruling, the court overturned a 1977 precedent that allowed public unions to collect fees from non-union workers to pay for collective bargaining efforts.

As a result, all state and local government workplaces could effectively become right to work sites, said Catherine Fisk, a law professor at University of California, Berkeley, who specializes in labor issues. Fisk, who spoke about the case shortly before the ruling came down, said it’s easy to see how the decision could quickly undermine worker health and safety.

“One expects that union membership will drop because workers will figure they don’t have to pay for dues,” Fisk said. “Therefore, unions will have less money to spend doing what they do, and one of the things they do is monitor workplace safety.”

There are an estimated 5 million non-union workers employed by state and local governments who no longer have to pay these fees.

The Janus decision also could increase the likelihood of the Supreme Court reviewing litigation that challenges similar mandatory fee arrangements for non-members in private sector unions.