Protest doesn't work — except when it does 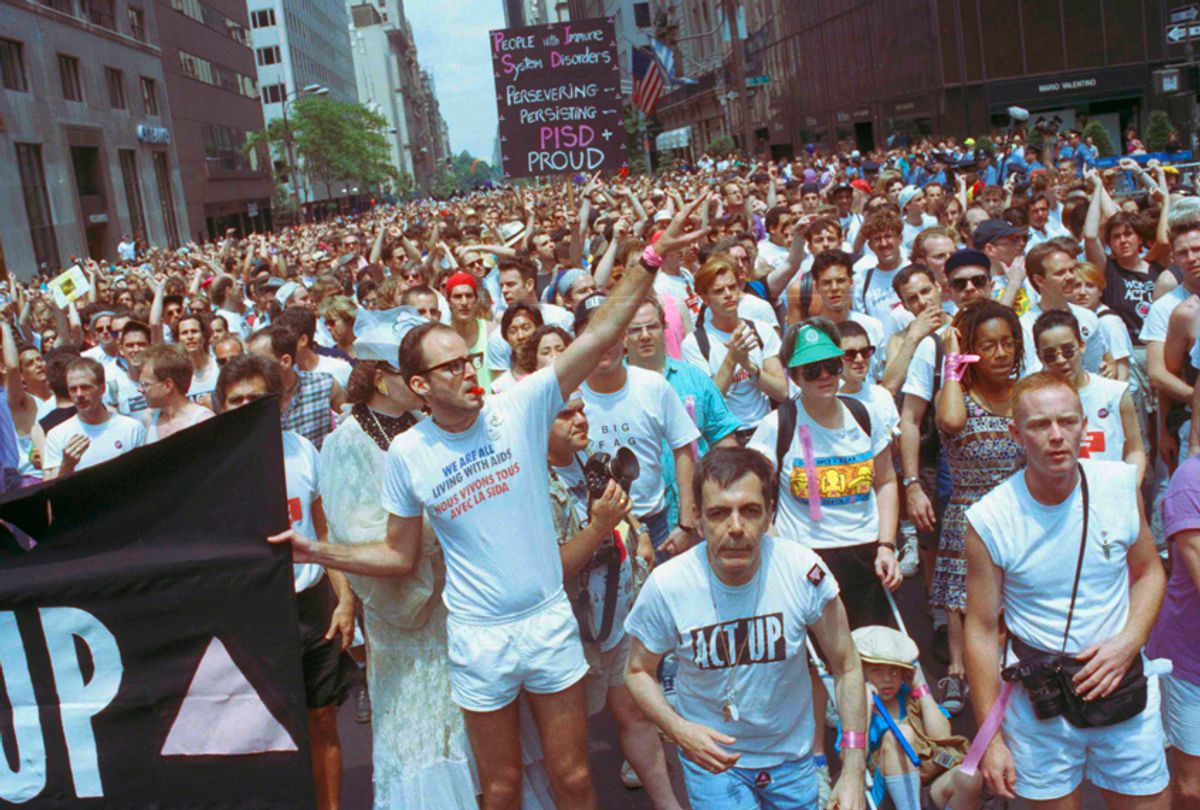 Excerpted from "The Marginalized Majority: Claiming Our Power in a Post-Truth America" by Onnesha Roychoudhuri (Melville House, 2018). Reprinted with permission from Melville House Publishing.

Immediately following the 2016 election, Americans were faced with a new reality—a new “normal” in which checks and balances are obliterated and executive orders pushed through at a frantic pace. It’s easy to feel inundated by the news of the day. Our sense of time has altered such that it’s become a predictable refrain that we can’t believe it’s only been one month, six months, one year, since Trump moved into the White House. Alongside the daily assaults on our sensibilities—or our lives and livelihoods outright—are an increasing number of opportunities to take action: by calling representatives, signing petitions, marching in the streets, visiting our local representatives’ offices. But if we don’t believe these actions will have any impact, we’re less inclined to take part in them.

There’s a fascinating dissonance between how we view political action and protest today and in the past. We’re all familiar with the monumental shifts that came about as a result of protest in the civil rights era. It’s become a cultural touchstone, an integral part of our public school curriculum.

Advertisement:
When we recall the civil rights movement, we tend to discuss it with a general reverence for the leaders and protesters who participated. But at the time, the majority of Americans did not support actions that were at the heart of it. A full 61 percent of Americans disapproved of Freedom Riders—the folks who rode interstate buses in the South, challenging the segregation that was still going strong despite its unconstitutionality. Fifty-seven percent of Americans at the time thought that black Americans were hurting their chances of being integrated in the South by taking part in these kinds of protests and demonstrations. In other words, they didn’t feel that protesters were being pragmatic.

The same shift in the perception of protests occurred around the Vietnam War. At the time the war was raging, 71 percent of Americans disapproved of protests against it. By the 1980s, that number had dropped to roughly 50 percent.

It’s a stiff shot of context, one that might be useful to down before we turn our eye to contemporary protest movements. Recognizing our tendency toward inaction and our likelihood to change our minds about political and social justice movements after the fact can be hugely instructive for our present moment. Today, the majority of Americans—68 percent—have either negative or neutral views of the Black Lives Matter movement. It’s consistent with what we see throughout history: Americans don’t have a particularly high opinion of protests or protesters. Except when they end up turning the tide of history. Then, we call them necessary, instructive, even inevitable.

Part of that dissonance comes down to the language and stories we use to talk about political action in the past. So much is in the way it’s told. Rosa Parks, for example, is often written as a stereotypically grandmotherly figure—a woman who was simply tired when she refused to get up from her seat. To speak of her this way is not only to get it wrong, but to strip her of the intentionality and politics that drove her. As one historical account of the civil rights era for children puts it:

One day on her way home from work Rosa [Parks] was tired and sat down in the front of the bus. As the bus got crowded she was asked to give up her seat to a European American man, and she refused. The bus driver told her she had to go to the back of the bus, and she still refused to move. It was a hot day, and she was tired and angry, and became very stubborn. — Jonathan Birnbaum, Clarence Taylor, eds. Civil Rights Since 1787: A Reader on the Black Struggle (New York: New York University Press, 2000), 446.

We rely on these received narratives of history—usually short, anecdotal—to give us a cohesive sense of what happened and why, cause and effect. Too often, these anecdotes convey the notion that moments of political change were unplanned, fateful, driven by some invisible hand of social justice. Stripped of nuance—and often of the “failures” before the successes—history assumes the uncomplicated inevitability of gravity.

But, of course, the reality is always more complex.

“People always say that I didn’t give up my seat because I was tired,” Parks has said, “but that isn’t true. I was not tired physically, or no more tired than I usually was at the end of a working day. I was not old, although some people have an image of me as being old then. I was forty-two. No, the only tired I was, was tired of giving in.” Young, able-bodied, and clear about what she was doing, Parks did not have a sense of certainty about the outcome of her actions, but she was certain of her political convictions: “I would like to be known as a person who is concerned about freedom and equality and justice and prosperity for all people.”

Without sufficient context, we’re often led to believe that Parks’s action was spontaneous and organic, despite the fact that it was deliberately choreographed: Parks had been the secretary of the Montgomery NAACP office for twelve years by the time she refused to give up her seat on that bus. Nine months before Parks’s action, fifteen-year-old Claudette Colvin had been arrested for doing the very same. When E. D. Nixon, the president of the Montgomery NAACP, and others began discussing a bus boycott, they decided that Parks would make a better face for the campaign as Colvin was deemed too young, feisty, and darkskinned to leverage the sympathies of white people. As Colvin recalls: “My mother told me to be quiet about what I did . . . She told me: ‘Let Rosa be the one. White people aren’t going to bother Rosa—her skin is lighter than yours and they like her.’”

Parks was not simply a sweet old lady who was tired. She— and her allies—were tired of a very particular kind of bullshit and set about planning an action that might have the highest likelihood of changing the tide of history.

Our anemic historical narratives usually edit out agency and intentionality. They also tend to miss another critical aspect of movements: the less stirring stories of the build-up before the successes, the quieter groundwork that was laid, the earlier “failures” that all led eventually—but usually not before many years had passed—to victory.

Before Rosa Parks, there wasn’t just Colvin. There were thousands of other black men and women who sat in “whites only” sections of buses or trains, refusing to move. It was their work that paved the way, making it impossible for Americans to ignore what was becoming an increasingly persistent movement.

And that is often how it happens—a relatively small group of committed folks continue to force the question even when many, perhaps the majority, of Americans disagree or would prefer to not have to reckon with it. History books typically opt for the compelling photos that show thousands of people gathered in protest, giving us the sense that real change only comes when massive groups of people take action together. But the reality is that smaller groups committed to taking action over time have had some of the greatest impact.

Take the protest group ACT UP: In the 1980s, people who became sick with HIV/AIDS were widely reviled. The illness was referred to as “gay cancer” or the “gay plague.” Sufferers were socially shunned, the bodies of those who died collected by city health-care workers and stuffed in plastic garbage bags. some of ACT UP’s most notable actions had only somewhere between seven and fifteen hundred people participating, but they were dogged in their commitment to change. That movement pushed for new HIV/AIDS drugs that helped save millions of lives—and destigmatized the illness, as well as homosexuality more generally, in the process.

We see the same kind of success from small and dedicated groups of organizers today. In the aftermath of the Sandy Hook Elementary School shooting, activist Eric Liu helped organize folks in Washington State. Their local Alliance for Gun Responsibility became a model for other states after they successfully organized and won statewide ballot initiatives, including one that implemented universal background checks. When we surface these narratives about the reality of what it takes to make change possible, it’s easier to recognize how not inevitable these historical sea changes are. If we see some of the challenges and “failures” that movements have faced in history, we develop a much clearer sense of how necessary they are to subsequent successes.

Perhaps this oversight reflects our American aversion to anything that speaks of “failure.” But to erase movement “failures” is to erase the work—of showing up time and again with the understanding that it will take more than a single protest or action to lead to change, the understanding that this doesn’t make the action any less vital to our eventual success.

This oversight relates, too, to our narrow American definition of “success.” The American Dream is rooted in the conceit that we are always moving on up, obtaining better lives—usually as defined by the accumulation of more belongings. It’s a narrative that doesn’t allow much space for imaginings of different visions of success: sustainability, equality, justice. And because the narrative is so ingrained, it can make us blind to the realities that don’t tidily fit within it: 90 percent of Americans born in the 1940s were financially better off than their parents. But only 50 percent of Americans born in the 1980s will do better than their parents, despite the fact that they’re better educated.

Onnesha Roychoudhuri is a Brooklyn-based writer, editor, and educator. Her work has appeared in publications such as Rolling Stone, n+1, Virginia Quarterly Review, Boston Review, The Nation, The American Prospect, Salon, and Mother Jones. She is the co-founder of Speech/Act, an organization working at the intersection of storytelling and social justice. Her latest book, "The Marginalized Majority: Claiming Our Power in a Post-Truth America" is out now.