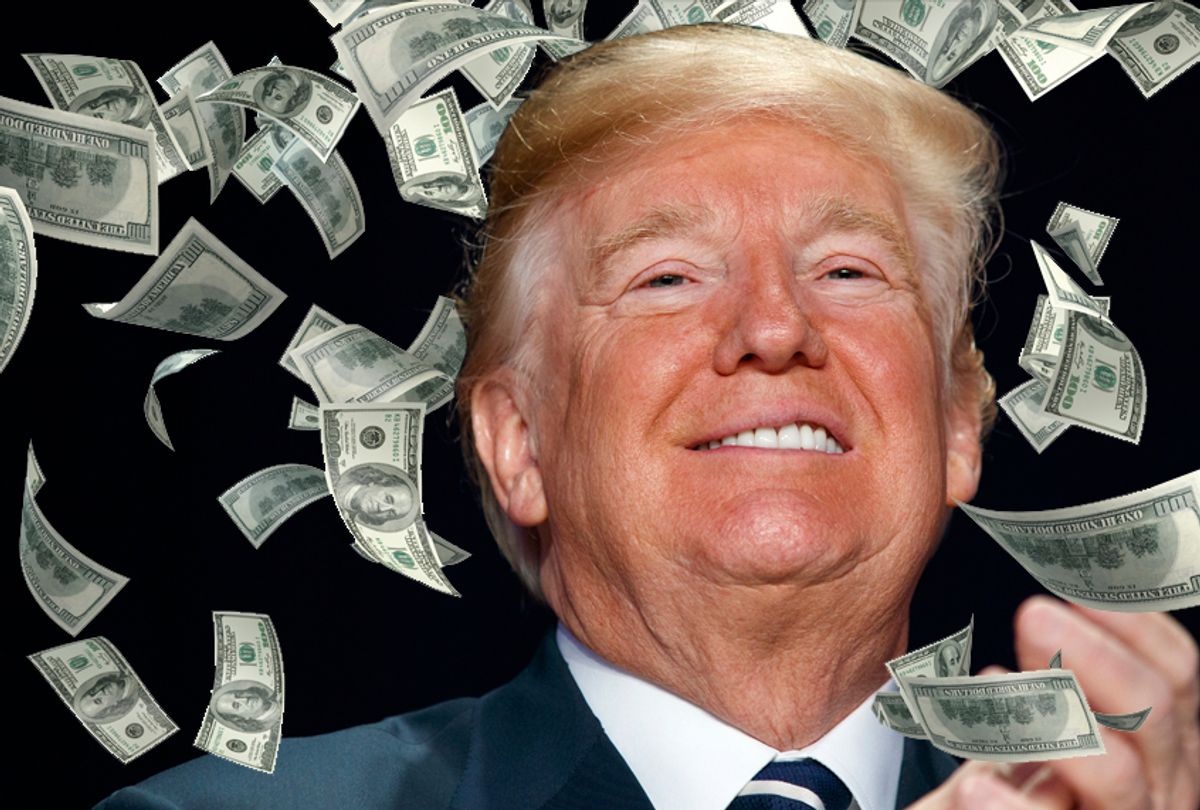 Before accepting a position at the U.S. Department of the Interior last October, Benjamin Cassidy championed gun rights for nearly seven years as a lobbyist for the National Rifle Association, collecting a peak annual salary of $288,333 for his work on Capitol Hill.

The public wouldn’t know that by looking at Cassidy’s government financial disclosure report. The form, which he filed soon after taking a job as senior deputy director of the office of intergovernmental and external affairs, doesn’t list his old job at the NRA — or any past job, for that matter. Cassidy’s form was nearly blank, save for his name, title and some bank holdings and investments. In the space allotted to show his income, it incorrectly stated “None.”

Federal law requires nearly all executive branch employees to submit reports intended to reveal and resolve conflicts of interest that might arise from their personal finances. The reports are supposed to be carefully reviewed, preferably by agency ethics attorneys, before being made public.

After we asked the Interior Department about the failure of Cassidy and at least three other staffers to disclose their work histories and finances, the agency responded with a bullet-pointed assessment that acknowledged ongoing problems while also noting that they “predated the current administration.”

Among the department’s findings:

Many of the problems and omissions were easy to spot. For example, an attorney for the DOI’s Bureau of Land Management, Cally Younger, submitted her financial disclosure form in September, days after joining the agency. An ethics official, Tia Barner, reviewed and approved the form, concluding that it complied with federal law.

But Younger’s form was blank, apart from her electronic signature and some perfunctory investment details. It completely neglected basic employment information, such as her old job as an attorney in Idaho Gov. Butch Otter’s office. Ironically, it also left out Younger’s past role as a “public records ombudsman” in Idaho, whose mission included examining how the state’s public record laws could be improved.

After we asked about the batch of blank forms, a senior ethics official, Kim Hintz, determined that Younger “inadvertently omitted certain information.” A revised version of her form now includes more employment and financial information.

Younger should have been questioned by ethics officials when she filed her original form, said Don Fox, who served as acting director of the U.S. Office of Government Ethics during the Obama administration. “It may be, honestly, she just didn’t read the instructions and she just started filling out paperwork,” Fox said, “because if you’d even done a cursory review of the instructions, she should have known that she should have listed her position with the state of Idaho.”

Younger’s original form was a veritable font of information compared to one filed in the name of Thomas Baptiste, who is now an advisor to the Bureau of Land Management. Baptiste’s form was completely blank, with no information beyond his name, and no signature or indication that it was reviewed or approved. Baptiste previously worked as a records manager for Donald Trump’s presidential campaign, as a project director at a consulting firm that works for conservative political clients, and before that at Tepeyac OB/GYN, which calls itself a “pro-life obstetrics and gynecology medical practice.”

Yet another completely blank report was submitted, this one by Rick May, who worked with veterans after leaving active military duty in 2010 and is now a senior adviser to Interior Secretary Ryan Zinke. May erred when he didn’t list his wife’s income in his December filing, the Interior Department said. (It was unclear whether other relevant information was not included in the original version since the DOI did not make May’s updated report available to ProPublica before this article was published.)

Cassidy, Baptiste, Hintz, May and Younger did not respond to ProPublica’s requests for comment.

The failure to properly check federal financial disclosures could result in substantive conflicts going unnoticed, said Virginia Canter, a former Obama administration ethics attorney who now works for the nonprofit Citizens for Responsibility and Ethics in Washington. She acknowledged that forms sometimes fall through the cracks, particularly given the volume of ethics issues arising in the Trump administration and the heavy workload of ethics offices.

As ProPublica has reported, failing to file the report correctly, or completely, can lead to serious consequences. Federal prosecutors can bring a civil lawsuit against any employee who willfully and knowingly submits a false report, with a fine of up to $50,000 and up to a year in prison.

The Office of Government Ethics, or OGE, audited the Interior Department’s ethics office in 2016, the last full year of the Obama administration, and found multiple problems. Many Interior Department employees had been filing their financial disclosures late, and the department’s ethics office was short-staffed. The report also found that Interior’s ethics office wasn’t exercising oversight of special government employees, or SGEs, who hold jobs in the private sector while working for the government. In 2015, four SGEs at Interior did not file financial disclosure reports, the OGE found.

In a statement, the OGE said it is still scrutinizing Interior’s ethics office as part of its 2016 audit. “OGE’s policy is to continue to follow up on recommendations until we are satisfied that the agency has addressed those problems underlying the recommendations,” the statement said.

The Government Accountability Office, a congressional watchdog, is also auditing aspects of Interior’s ethics office and, according to Interior officials, “will likely highlight some of the problems” reported in this article. The acting director of strategic issues at GAO, Tranchau Nguyen, said the audit “will be completed later this year.”

“Under our policies, we can’t share with you any findings until that work is completed and issued,” Nguyen wrote in an email. She added that the audit will evaluate the ethics programs of Interior and other executive branch agencies and “the processes and controls in place to oversee ethics compliance for political appointees.”

(As part of the GAO’s review, ProPublica staffers have been interviewed about our political appointee data, including Trump Town, and our interactions with federal ethics offices. None of the questions related to information or filings about any specific individual.)