Did the revelation that Harvey Weinstein had masturbated in front of her lead to Sivan's demotion at work? 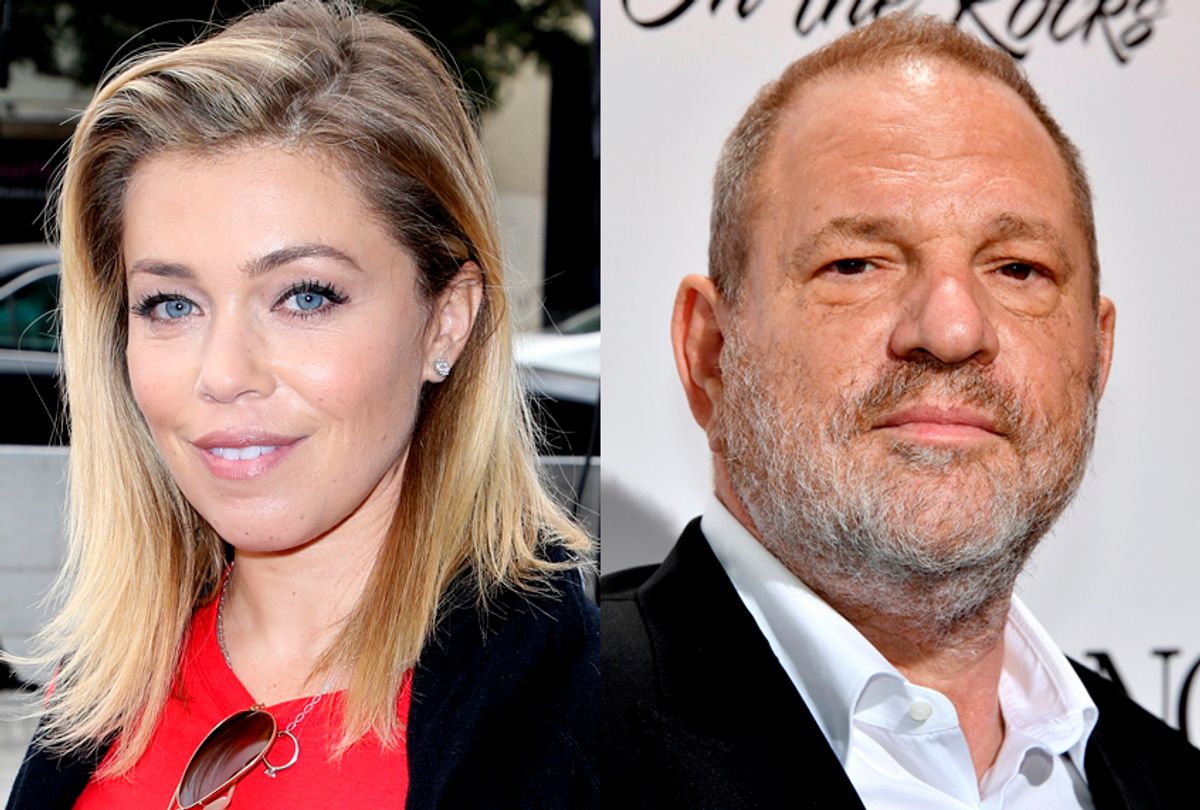 In October, TV journalist Lauren Sivan's allegation that Harvey Weinstein had masturbated into a potted plant in front of her went viral. Told to HuffPost's Yashar Ali, Sivan's story was made public only a few days after the New York Times published its bombshell exposé on Weinstein – the first to report that the disgraced Hollywood mogul had reached at least eight settlements with women accusers.

Sivan's story is graphic in detail: She accused Weinstein of attempting to forcibly kiss during a tour of a restaurant in New York. Citing her relationship, Sivan said she rebuffed Weinstein's advances. The producer allegedly responded: “Can you just stand there, and shut up.”

When the allegations of sexual misconduct against the Hollywood mogul were first unearthed in 2017, Sivan claimed she told a producer at KTTV – the Fox affiliate in in Los Angeles where she was then working – of her own personal encounter with Weinstein a decade prior. The Wrap further reported:

She thought KTTV would jump at the chance to broadcast her story. But, instead, she said the producer told her: “We’re good.” (She declined to name the producer, who still works at the station.)

According to TheWrap's account of her allegations, what KTTV did do was "sideline" Sivan after she shared her story with the public. Sivan told the outlet that, on a weekly basis, she would work three shifts before the HuffPost story was published. She said she only worked six more times in the subsequent nine months. According to the journalist, her last appearance occurred on Feb. 20.

"I just felt like the station that I put my heart and soul into for seven years just used it as an excuse to get rid of me," she said.

After Sivan's story was published, she instead appeared on Megan Kelly TODAY – her only on-air interview regarding her allegations – and further recounted her story.

"I can only imagine how many other women something like this has happened to," she said to the NBC News host.

When she returned to work after a two-week scheduling gap, Sivan told TheWrap it was evident that she had received a demotion.

“I was no longer covering the A-block stories,” she said. “I was sent out to cover a kid who got bit by a dog.”

KTTV did not respond to multiple requests from Salon regarding Sivan's allegations prior to this article being published.

Sivan's story reveals the hurdles women often face when they bring their sexual harassment claims forward to their employers. Some 52 percent of women think their stories will not be believed, according to Pew Research Center. Other reasons that employees do not report sexual harassment claims: They do not wish to be deemed a troublemaker and fear losing their job.

Due to a fear of retaliation, it took Sivan ten years to tell her story — a familiar sentiment among the more than 80 women who have accused Weinstein of sexual misconduct.

Added to the list last week was one count of criminal sexual act in the first degree, plus two counts of felony predatory sexual assault, according to the office of Manhattan District Attorney Cyrus Vance, Jr.  According to a news release, the latter is "a class A-II felony, which carries a minimum sentence of 10 years and a maximum sentence of life imprisonment."

So far, Weinstein has pleaded “not guilty” to on all counts, was released on a $1 million bail and is being closely monitored with a GPS-enable ankle bracelet.