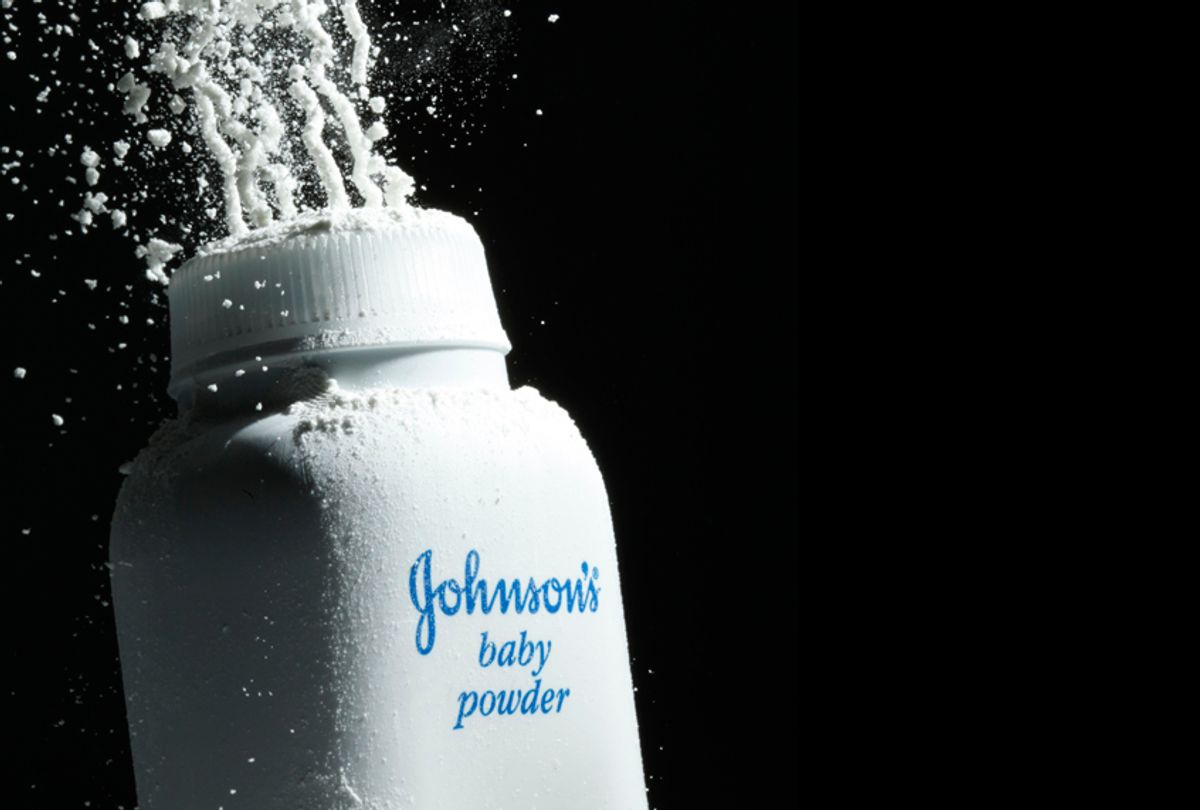 On Thursday, a jury awarded $4.69 billion to 22 women who sued Johnson & Johnson, the manufacturer of pharmaceuticals, cosmetics and numerous other health and home care products. The women claimed that the company’s talcum powder products caused them to develop ovarian cancer.

Specifically, the St. Louis jury assigned $4.14 billion in punitive damages and $550 million in compensatory damages. According to the New York Times, the pharmaceutical giant said it was “deeply disappointed” by the verdict and will appeal it. This is one of the thousands of lawsuits Johnson & Johnson faces over its powder products. According to the Times, J&J now faces more than 9,000 plaintiffs in similar cases. In 2017, the Times reported that 4,800 women were suing the company.

After a six-week trial, the jury reportedly deliberated over compensatory damages for eight hours, but the decision for the punitive damages arrived in 45 minutes, Mark Lanier, a lawyer for the women, told the Times. Six of the women involved in this case have died, according to the Times. Those who were able to attend were in the courtroom on Thursday, although one is undergoing chemotherapy and was too sick to make it, according to the report.

“There were people crying, people hugging,” Lanier said. “It’s been quite an emotional scene.”

The asbestos in the company’s talcum powder products — is a carcinogen that sometimes appears in natural talc — has been covered up by the company for 40 years, Lanier alleged in a statement.

“For over 40 years, Johnson & Johnson has covered up the evidence of asbestos in their products,” said Lanier. “We hope this verdict will get the attention of the J&J board and that it will lead them to better inform the medical community and the public about the connection between asbestos, talc, and ovarian cancer. The company should pull talc from the market before causing further anguish, harm, and death from a terrible disease. J&J sells the same powders in a marvelously safe corn starch variety. If J&J insists on continuing to sell talc, they should mark it with a serious warning.”

In a statement, Johnson & Johnson told the Times the company “remains confident that its products do not contain asbestos and do not cause ovarian cancer and intends to pursue all available appellate remedies.”

In one lawsuit in California last November, the jury ruled in Johnson & Johnson’s favor.

Concerns began to surface in 1971 about a link between talc and ovarian cancer. According to a report published in the Journal of Obstetrics and Gynecology of the British Commonwealth, “an extraction-replication technique was used to examine tissue from patients with ovarian and cervical tumors.”

“In both conditions talc particles were found deeply embedded within the tumor tissue,” the study explained.

Since then, the link has been highly debated in the scientific community. According to a peer-reviewed study, "Association between Body Powder Use and Ovarian Cancer: The African American Cancer Epidemiology Study,"  researchers concluded that the “association between powder use and upper respiratory conditions suggests an enhanced inflammatory response may explain the association between body powder and EOC [in invasive epithelial ovarian cancer].” A study published in 2014 in the Journal of the National Cancer Institute, however, reached an opposing conclusion, reporting that “perineal powder use does not appear to influence ovarian cancer risk.”