We estimate China only makes $8.46 from an iPhone — and that’s why Trump’s trade war is futile

China would not be losing that much profit from tariffs on the iPhone, leading to a trade war with irreparable harm 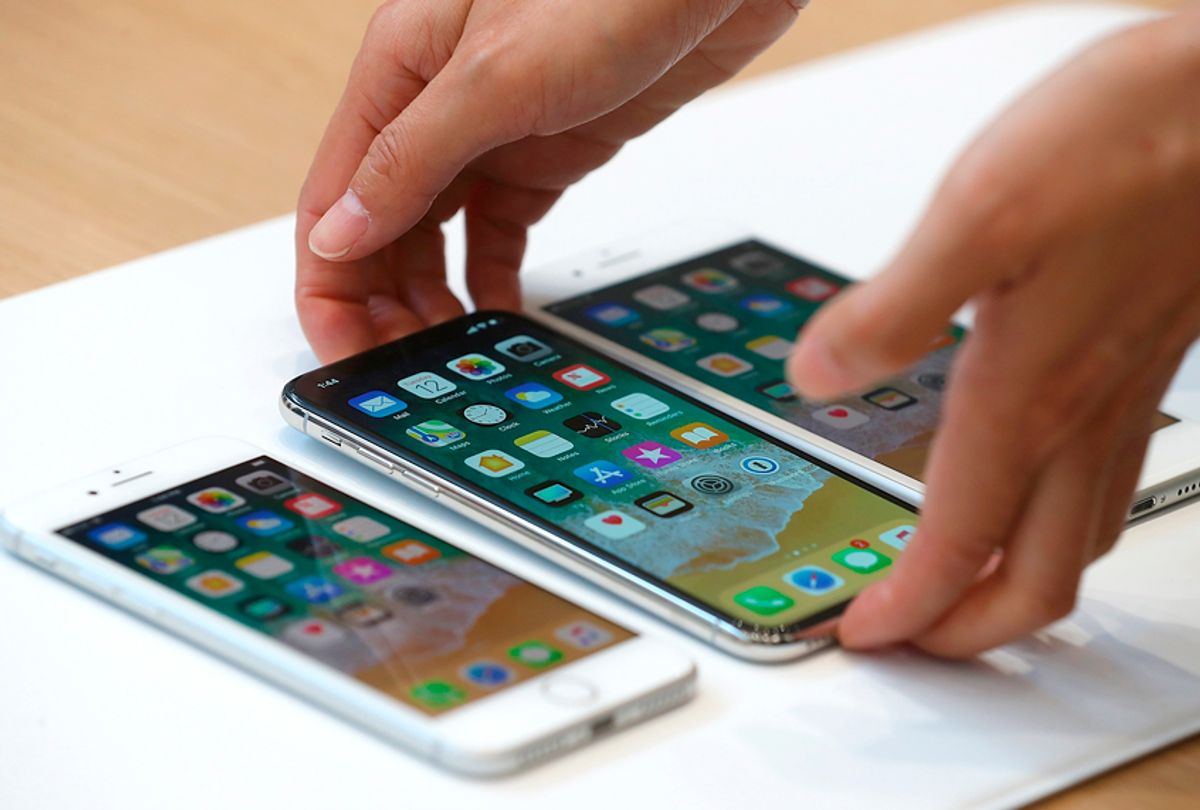 The Trump administration’s tariffs on China have so far targeted mostly industrial goods like aircraft engines and gas compressors. But the administration has also threatened to slap tariffs on US$200 billion in other goods if the dispute continues.

No list of all the goods that might be subject to tariffs has been released, but it would have to include consumer electronics, such as smartphones, which is the largest single product category in China’s exports to the U.S.

One well-known product that might be affected is Apple’s iPhone, which is assembled in China. When an iPhone arrives in the U.S., it is recorded as an import at its factory cost of about $240, which is added to the massive U.S.-China bilateral trade deficit.

IPhone imports look like a big loss to the U.S., at least to the president, who argues that “China has been taking out $500 billion a year out of our country and rebuilding China.” One estimate suggests that imports of the iPhone 7 and 7 Plus contributed $15.7 billion to last year’s trade deficit with China.

But, as our research on the breakdown of an iPhone’s costs show, this number does not reflect the reality of how much value China actually gets from its iPhone exports – or from many of the brand-name electronics goods it ships to the U.S. and elsewhere. Thanks to the globe-spanning supply chains that run through China, trade deficits in the modern economy are not always what they seem.

Who really makes the iPhone?

Let’s examine an iPhone 7 a little more closely to see how much value China is actually getting.

Start with the most valuable components that make up an iPhone: the touch screen display, memory chips, microprocessors and so on. They come from a mix of U.S., Japanese, Korean and Taiwanese companies, such as Intel, Sony, Samsung and Foxconn. Almost none of them are manufactured in China. Apple buys the components and has them shipped to China; then they leave China inside an iPhone.

So what about all of those famous factories in China with millions of workers making iPhones? The companies that own those factories, including Foxconn, are all based in Taiwan. Of the factory-cost estimate of $237.45 from IHS Markit at the time the iPhone 7 was released in late 2016, we calculate that all that’s earned in China is about $8.46, or 3.6 percent of the total. That includes a battery supplied by a Chinese company and the labor used for assembly.

In short, China gets a lot of (low-paid) jobs, while the profits flow to other countries.

The trade balance in perspective

A better way of thinking about the U.S.-China trade deficit associated with one iPhone would be to only count the value added in China, $8.50, rather than the $240 that shows up as a Chinese import to the U.S.

Scholars have found similar results for the broader U.S.-China trade balance, although the disparity is less extreme than in the iPhone example. Of the 2017 trade deficit of $375 billion, probably one-third actually involves inputs that came from elsewhere – including the U.S.

The use of China as a giant assembly floor has been good for the U.S. economy, if not for U.S. factory workers. By taking advantage of a vast, highly efficient global supply chain, Apple can bring new products to market at prices comparable to its competitors, most notably the Korean giant Samsung.

Consumers benefit from innovative products, and thousands of companies and individuals have built businesses around creating apps to sell in the App Store. Apple uses its profits to pay its armies of hardware and software engineers, marketers, executives, lawyers and Apple Store employees. And most of these jobs are in the U.S.

If the next round of tariffs makes the iPhone more expensive, demand will fall. Meanwhile Samsung, which makes over half its phones in Korea and Vietnam, with a lower share of U.S. parts, will not be affected as much by a tariff on goods from China and will be able to gain market share from Apple, shifting profits and high wage jobs from the U.S. to South Korea.

Put another way, research has shown globalization hurt some Americans while it made life better for many others. Putting globalization in reverse with tariffs will also create winners and losers – and there could be far more of the latter.

Why not make the iPhone in America?

When we discuss these topics with policymakers and the media, we’re often asked, “Why can’t Apple just make iPhones in the U.S.?”

The main problem is that the manufacturing side of the global electronics industry was moved to Asia in the 1980s and 1990s. Companies like Apple have to deal with this reality.

As the numbers we’ve cited make clear, there’s not much value to be gained for the U.S. economy or its workers from simply assembling iPhones here from parts made in Asia.

While it’s possible to do so, it would take at least a few years to set it up, cost more per unit than production in Asia, and require a lot of carrots and sticks from policymakers to get the many companies involved to do so – for example, like the potential $3 billion in subsidies Wisconsin gave to Foxconn to build an LCD factory there.

A flawed response to the challenge from China

There is, of course, plenty for the U.S. to complain about when it comes to China’s high-tech industry and policies, whether it’s the lack of intellectual property protection or non-tariff barriers that keep major tech companies such as Google and Facebook out of the huge Chinese market. There is room for much tougher and more sophisticated bargaining to address these issues.

But where trade is concerned, policies should reflect that manufacturing is now a global network. The World Trade Organization has already developed an alternate set of trade numbers that shows each country’s trade in value added terms, but the administration seems to have missed the memo.

Trump’s trade war is based on a simplistic understanding of the trade balance. Expanding tariffs to more and more goods will weigh on U.S. consumers, workers and businesses. And there’s no guarantee that the final outcome will be good when the dispute ends.

This is a war that should never have been started.