Can your job make you a more controlling parent?

When we are robbed of freedom at work, we expect more obedience at home 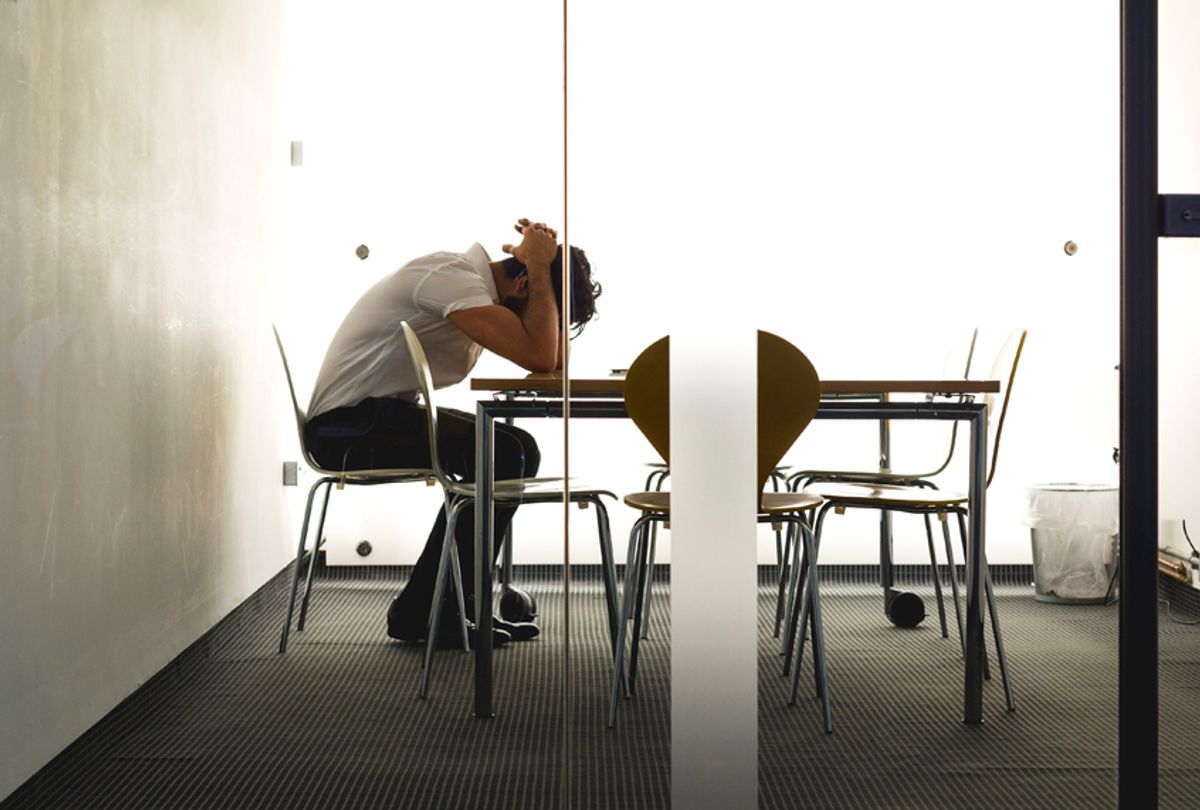 From America to Europe, authoritarianism is on the rise in politics. But it’s also a big problem in homes — authoritarian parents are the Tiger Moms and Lombardi Dads who emphasize strict rules and expect complete obedience. The impact can be devastating: Children of authoritarian parents are more likely to become bullies and befriend bullies, engage in delinquent behaviors like shoplifting and vandalism, have behavioral problems and become depressed, and start smoking, drinking, and using drugs as adolescents.

What causes authoritarian parenting? About a quarter of controlling parenting behaviors are genetic and nearly half can be traced back to childhood family environments. But there’s a third factor that matters — one that’s ignored by many experts and invisible to many parents. Our experiences at work can shape how we raise our kids.

Half a century ago, two sociologists were curious about how different kinds of jobs would affect people psychologically. Melvin Kohn and Carmi Schooler interviewed thousands of men spanning every major occupation in America — managers and accountants, mechanics and construction workers, teachers and salespeople. Men whose supervisors gave them little control, variety and challenge in their jobs were more likely to endorse authoritarian views.

These men believed that superiors should be dominant and subordinates should be submissive; managers had to be strict to gain respect, and employees should obey even when they disagreed. They felt that people who question the old way of doing things are just causing trouble. And they expressed these views in their parenting philosophies. Men whose jobs restricted freedom were more likely to believe that “The most important thing to teach children is absolute obedience to their parents.”

Kohn and Schooler concluded that “job affects man more than man affects job.” It was true for women too: those whose bosses gave them highly routinized jobs were more likely to expect total obedience from their children and believe that being strict was the only way to gain respect. And it wasn’t just in America: similar patterns cropped up in Japan and Poland.

We’ve known for a long time that denying people a measure of control can have devastating consequences for them. When elderly people are given plants to take care of, they live longer — but when that opportunity is taken away their health declines precipitously. When people lack control and freedom on the job, their motivation and performance drops, they’re at greater risk of stress and burnout, and they’re even more likely to die of coronary heart disease.

But we don’t talk much about how constraints at work invade our family lives, tainting the decisions we make about how to raise the next generation. When control is thwarted in one part of our lives, we compensate by seizing it in another. A lack of agency doesn’t just affect our beliefs; more recent evidence shows that it spills over into our interactions with our kids.

Mothers and fathers who lack challenging, stimulating work dole out more harsh discipline to their kids, punishing them for misbehavior before giving them a chance to explain and teaching them that children are meant to be seen but not heard when adults are around. Moms with less control and self-direction at work create less nurturing and stimulating environments at home: they’re less likely to hug their kids, read to them, and encourage them to participate in conversations.

Dads who feel controlled at work are more likely to control their children. With little autonomy on the job, fathers tend to have lower self-esteem and experience more bad moods, which means their children get less acceptance and more rejection and punishment. These dads expect more conformity and less self-direction, demanding that their kids follow rules “because I said so,” and their kids end up being more aggressive and breaking more rules.

Sure enough, authoritarianism today is on the rise in the very groups that are the most likely to have constrained jobs and controlling bosses: people with low incomes and little access to higher education.

But do jobs really cause authoritarian parenting? Maybe people with authoritarian personalities were drawn to certain kinds of jobs — or lacked economic resources and just didn’t have other options.

To find out, Kohn and Schooler followed up with many of the original participants 10 years later. Although some stuck to their beliefs, many had changed. By knowing what kinds of jobs their bosses designed, you could predict which way they shifted.

When men were supervised closely, they became more authoritarian over the next decade. It happened to people across income and education levels, races, ages and religious backgrounds. And if their jobs gave them freedom, they became less authoritarian at home. They still held their children to high standards; they were just less dictatorial about it.

Deprive people of control at work, and they become more controlling at home. But give people choices about what to work on — or how, when and where to do it — and they become better parents. Creating jobs that allow for self-direction, for independent thought and judgment, can make people more supportive and flexible at home.

Even in jobs with plenty of discretion, freedom can be ripped away at any moment. A supportive mentor gets fired, a new boss insists on an unreasonable deadline, a new client starts making outrageous demands. Just as a fight at home can lead bosses to be more abusive at work, when we lose control at work we’re at risk for taking it out on our kids.

When Kohn and Schooler finished their research in the early 1980s, the flexibility of Silicon Valley hadn’t yet become fashionable. There wasn’t a rising gig economy or widespread teleworking or a Millennial love affair with individuality. No one was talking about the growing capacity of artificial intelligence to handle repetitive tasks. With these pro-freedom trends, it looks like the class of jobs that contributes to authoritarian parenting might become an endangered species.

But don’t expect an extinction event any time soon. Although freedom lies at the heart of American democracy, it doesn’t dominate our workplaces. From the late 1970s to the turn of the century, U.S. workers have experienced growing polarization in the freedom to make decisions. And compared to the Nordic countries, across industries and occupations, Americans have historically experienced less autonomy at work.

In Kohn and Schooler’s era, many of those jobs were in factories, which employed nearly a quarter of Americans. Today that number hovers below 10 percent, and the most common occupation in America is retail sales, second is cashier, and third is preparing and serving food — which is also projected to be the fastest-growing occupation in the country in the coming decade. Oppressive jobs aren’t vanishing —they’ve just migrated from manufacturing to service work. The jobs that stifled too many people in the past were on assembly lines making cars; now they’re on assembly lines flipping burgers.

The good news is that freedom isn’t a fixed quality in jobs. How much autonomy and responsibility to give employees is a choice every manager makes. At Shake Shack, hourly workers have the freedom to do whatever it takes to make customers feel like they’re guests in their own home. And MIT professor Zeynep Ton has tracked how low-price retail chains like Trader Joe’s and Costco have boosted their sales and profits in part by giving employees more autonomy and variety.

At the supermarket chain Mercadona, every new hire gets four weeks of training, learning not only how to manage a section of the store but also to do inventory, merchandise orders, product stocking and error management. This flexibility to work multiple roles allows them to gain more control over their schedules, and they have the freedom to get to know customers by name and make personal product recommendations. All managers are promoted from within, which means that employees have a chance to grow.

If we want to give people more agency at work, we need systems that are less rule-based and more skill-based. We need schools and employers to provide training and apprenticeships where people can learn a craft, rather than just cramming facts into their heads. We need unemployment laws that incentivize companies to retrain employees, rather than making it cheaper to fire them — because the worst loss of control at work is being unable to find a job at all. And we need managers to respect freedom, instead of crushing it.

Granting people freedom on the job is a moral responsibility. When we micromanage like the boss in "Office Space," we aren’t just robbing them of their dignity. We’re robbing their children of their potential. That vicious cycle can end when we refuse to pass on a toxic legacy. When we have a controlling parent or a controlling boss, it’s up to all of us to take a stand and say, “It stops here, today.”

Adam Grant is an organizational psychologist at Wharton, the author of Give and Take, Originals, and Option B with Sheryl Sandberg, a fellow of the Martin Prosperity Institute, and the host of WorkLife, a TED original podcast.