"It’s a very, very unusual thing for the queen to be there on her own" 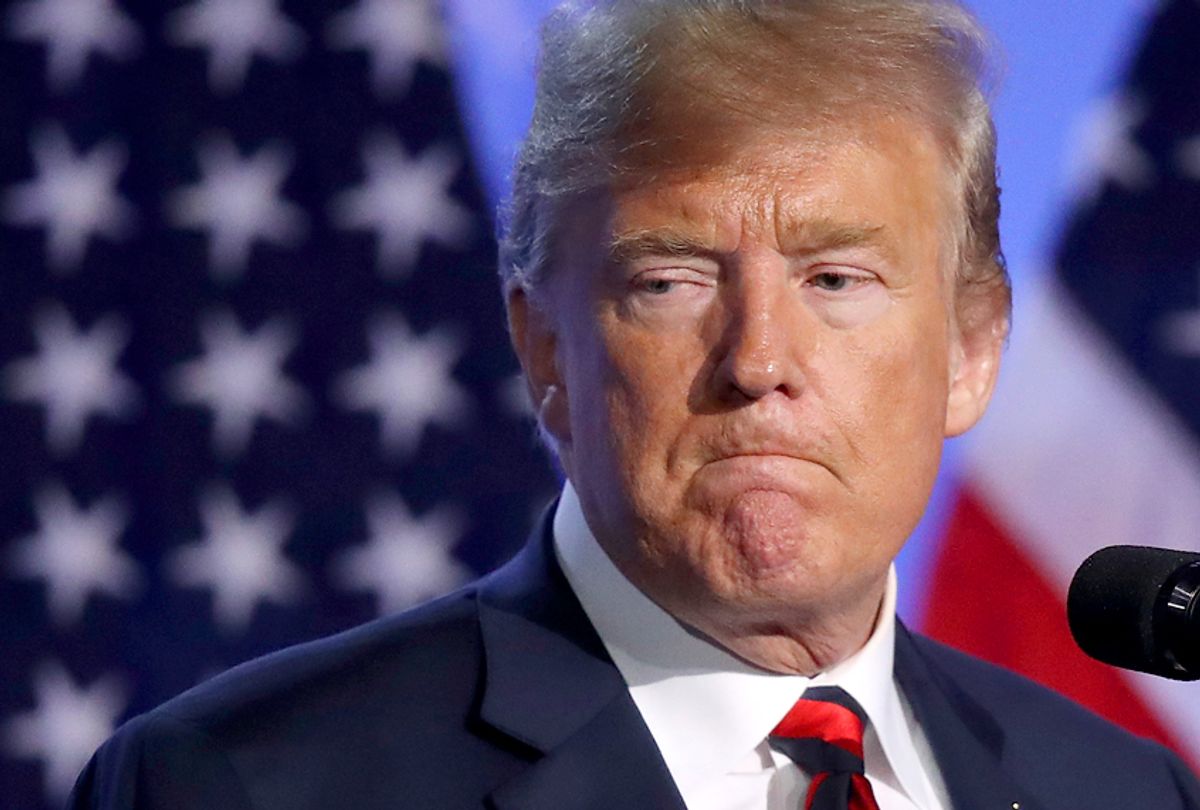 When President Donald Trump visited the United Kingdom for the first time since taking office, it was well known that he would be welcomed with massive protests in opposition to his presidency.

But it seems that Trump was also protested by some members of Britain's royal family. Prince Charles and Prince William refused to meet with the president, which is why he was uncustomarily greeted only by Queen Elizabeth II, according to London's newspaper the Sunday Times.

"This business of Prince Charles and Prince William not being there for the Trump visit was a snub. They simply refused to attend," a source familiar with the planning of Trump and first lady Melania Trump's meeting with Queen Elizabeth II told the Times. "It’s a very, very unusual thing for the queen to be there on her own. Usually she is accompanied by somebody. Prince Charles has been substituting for Philip a lot recently.

Since last year, it was reported that Trump had refused to visit the U.K. due to the anticipated mass protests, but when he met with the queen on Friday, he could no longer avoid the inevitable.

"He goes to what he wants to go to, and if he had wanted to be there he could have been," the source said about Prince Charles.

Instead of meeting with Trump, Prince Charles attended a board meeting for his company as well as a police event, while Prince William attended a charity polo match, The Daily Beast reported. Downing Street and Buckingham Palace have downplayed the snub and insisted the plan was always for Trump to meet alone with the queen.

A Whitehall official, however, Trump's dealing with the queen were "kept to a bare minimum," The Daily Beast noted.

It comes at the same time Trump has drawn ire for a contentious NATO summit that left many European allies left feeling uneasy. In an interview on Sunday morning, Trump also blasted the E.U. and labeled the political and economic union as a global foe ahead of China and Russia.

It also comes as Britain's Prime Minister revealed contents of her conversation with Trump, who told her she should sue the E.U. in order to speed up Brexit negotiations.

While Trump has distanced himself from longstanding U.S. allies, he has chosen to draw himself closer to Russian President Vladimir Putin. The two world leaders are expected to meet in Helsinki on Monday, where Trump landed late on Sunday afternoon. Ahead of the summit, the president has offered kind words for Putin and congratulated him one what he called "one of the best ever."

Trump also tweeted that he was looking forward to his meeting with Putin and once again branded the media as the enemy of the people.