If a fire gets hot enough, it can generate its own weather conditions and wind speeds can approach hurricane force. 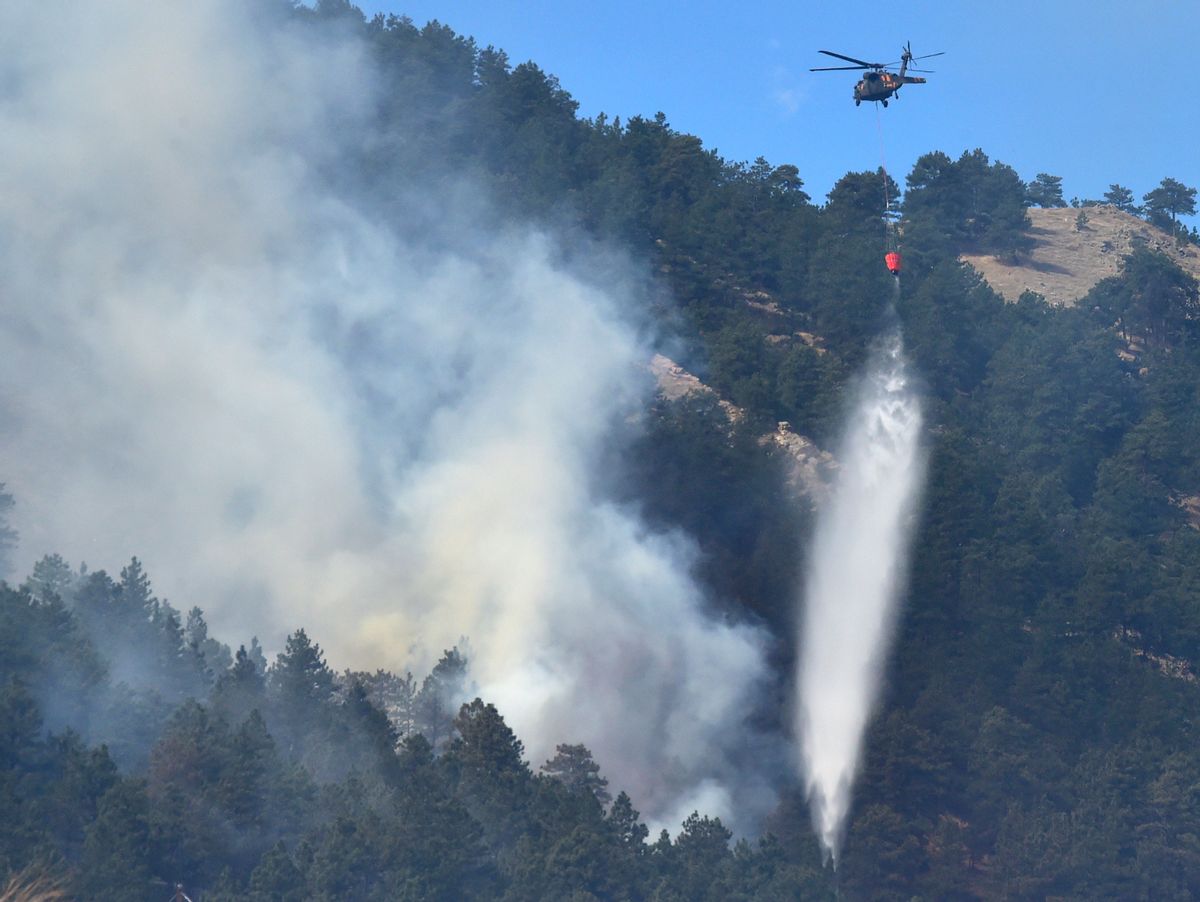 Life in the Rocky Mountains is frequently extreme as blizzards, baking sun, and fires alternate with the seasons. But fire tsunamis? Those aren’t normal.

On Thursday, one observer described a “tsunami” of flames overnight at the Spring Creek fire near La Veta in the south-central part of the state. And you can’t stop tsunamis.

“It was a perfect firestorm,” Ben Brack, incident commander for the Spring Creek fire, told the Denver Post. “You can imagine standing in front of a tsunami or tornado and trying to stop it from destroying homes. A human response is ineffective.”

Pyrocumulus clouds, a sure indicator of intense heat release from wildfire, were clearly visible from 100 miles away. The fire is just five percent contained and covers more than 100,000 acres — larger than the city limits of Denver — making it the third-largest wildfire in state history.

A 300-foot tower of flames wiped out an entire subdivision, according to the Post. Officials aren’t yet sure how many homes were torched overnight (they’re too busy fighting the fire to count), but the latest available number is in the hundreds. No one has been injured or killed so far.

The official term for the hellish meteorological event that hit La Veta is a “firestorm,” a self-propelling explosion of flame generated by strong and gusty winds from a particularly intense fire over extremely dry terrain. When a fire gets hot enough, it can generate its own weather conditions and wind speeds can approach hurricane force, drying out the surrounding land. In just a few hours on Wednesday night, the Spring Creek fire swelled by nearly 20,000 acres, with airborne sparks igniting new fires nearly one mile downwind.

Months of unusually dry and warm weather have combined to push Colorado’s fire risk to “historic levels,” leading the state to close millions of acres of public lands. Two-thirds of the state is in drought. It’s part of a pattern of intense fire dangercurrently plaguing most of the western United States, which is unlikely to fade anytime soon.

Fire is a natural part of ecosystems throughout the West, but what’s happening now is far from natural. There’s growing evidence that climate change is starting to create the conditions for more frequent firestorms.

In 2012, the most destructive wildfire in Colorado history swept through Colorado Springs, torching nearly 350 homes. In 2016, when a fast-moving wildfire destroyed more than 2,000 homes in Fort McMurray, Canada, it took 15 months to fully extinguish. Last year, in Santa Rosa, California, entire neighborhoods were erased.

Over the past two decades, more than 800 million of Colorado’s trees have been consumed by bugs — a phenomenon more common worldwide as warmer temperatures are helping plant-eating pests flourish in previously cool places. To top it off, this past winter was one of the warmest and driest ever recorded, “the stuff of nightmares,” according to local experts. Rivers are running at about half their normal levels, and the summer monsoon rains still haven’t arrived.

It’s clear that the state’s steady and transformative slide into a drier future has already begun. This week’s firestorm is terrifying proof.