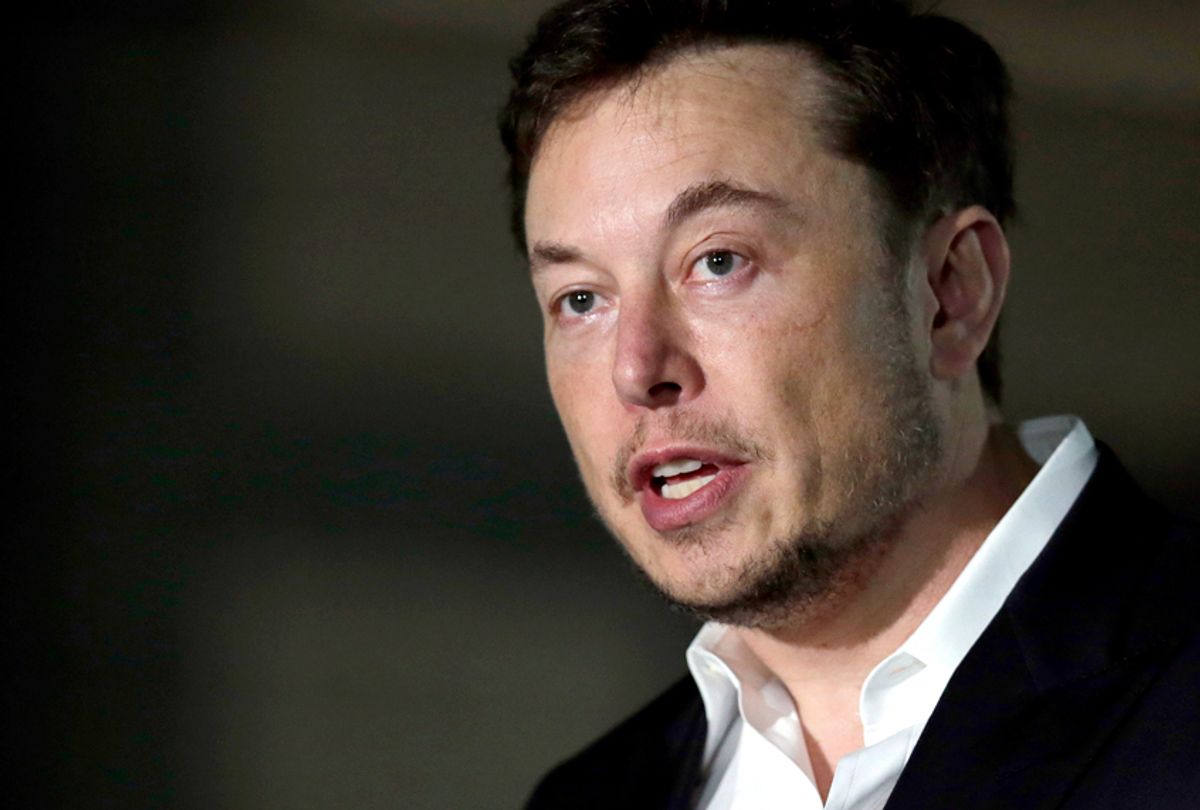 Elon Musk, an American CEO of various billion-dollar tech companies, could potentially be sued by Vern Unsworth, the British rescuer who helped save 12 school boys and their soccer coach from a cave in Thailand last week. The sudden turn of events escalated quickly on Twitter, when Musk called Unsworth a “pedo” (short for pedophile) yesterday in a tweet, which has since been deleted.

The Twitter feud began when Musk suggested a miniature size submarine or escape pod be used to help the trapped boys and coach. A week ago, Musk said the marine was en route to Thailand, stating in a tweet, “Hopefully useful. If not, perhaps it will be in a future situation.”

Musk believed the size of the pod could easily maneuver around the small gaps in the cave. The mode of transportation was purportedly outfitted with oxygen ports and a nose cone to protect it from the impact with rocks.

Musk’s seemingly random interference of the rescue mission came from a Twitter fan suggesting he invent a device to help the boys out of the cave. Ever-imperious, Musk created the miniature submarine, went to Thailand with it, left it and went back home shortly after, The Washington Post reports. His actions received backlash, as rescue officials believing the submarine to be impractical.

In an interview with CNN released on Friday, Unsworth was one of the outspoken critics, “The submarine, I believe was about five, six feet long. Rigid,” he said. “So it wouldn't have gone around corners or around any obstacles. It wouldn't have made it the first 50 meters.”

"It just had absolutely no chance of working,” Unsworth continued. “He had no conception of what the cave passage was like . . . It wouldn't have made it the first fifty meters in the cave. It was just a PR stunt. He can stick his submarine where it hurts."

Musk released a hailstorm of tweets defending his submarine and called Unsworth a pedophile. The backlash was immediate, with Unsworth seriously considering legal action.

“I believe he called me a pedophile,” Unsworth said. “Well (if) by definition rescuing 12 young boys…that puts everybody in the same context.”

“I am not gonna make any further comment about him, but I think people realize what sort of guy he is,” he continued, per a CNN report.

This recent feud comes in the wake of a ProPublica report revealing that Musk is one of the top donors for the Republican superPAC – Protect the House – which aims at maintaining a Republican-controlled Congress.

ProPublica reported that the PAC raised over $8 million in quarter two of last year, with Musk donating $33,990, making him one of the top 50 donors of the PAC.

Musk's donations to the Republican party contradicts Musk’s forthright opinions and remarks opposing climate change, a cause he cares deeply for. When Trump pulled out of the Paris climate agreement, he quit two of the White House’s business advisory councils.

Musk is the CEO and founder of various tech and business companies such as PayPal, Tesla and SpaceX with a reported net worth of $20 billion.