What neoliberals don't get about American disillusionment with "World Order" 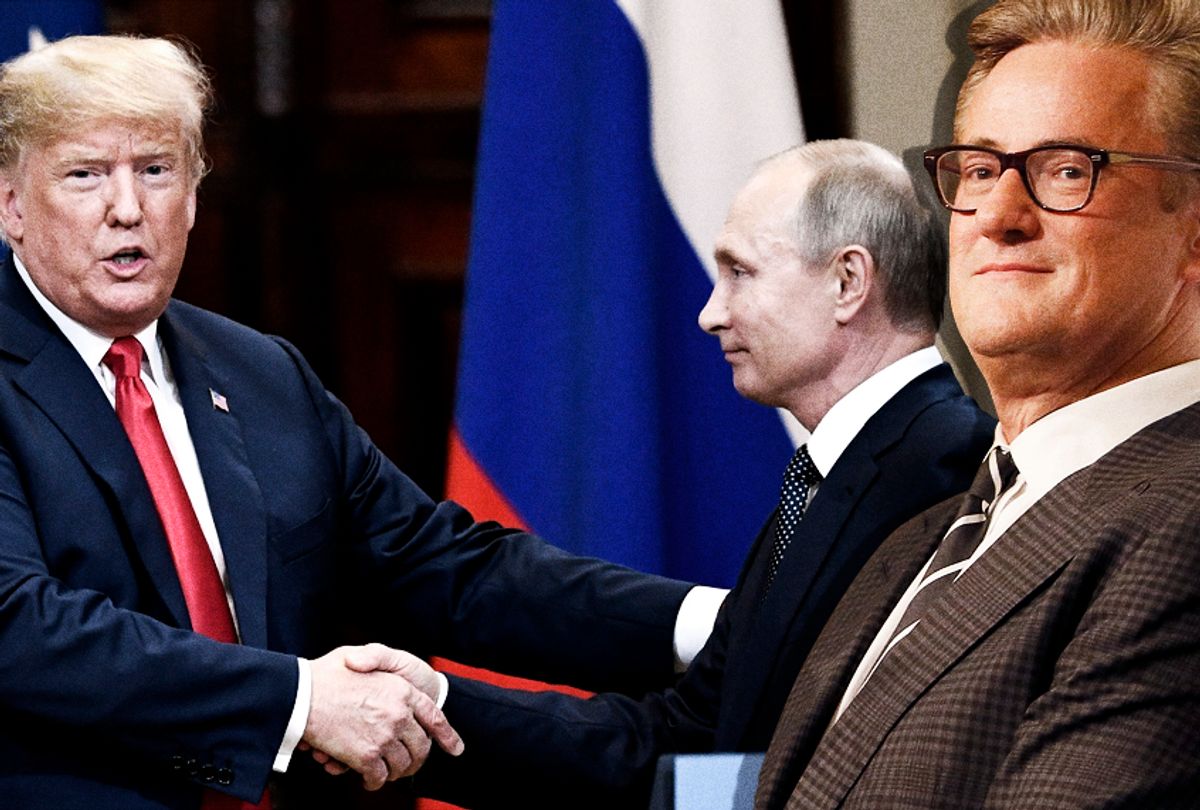 As President Trump sides with Vladimir Putin against the American intelligence and justice apparatus, Americans who believe the only way to redeem the soul of our nation is by a massive blue wave inundating Congress this November, need to recognize that the MSNBC playbook aimed to go after Trump may actually be making him stronger.

It’s not about right or wrong. The rise of Hitler was cataclysmic but it happened and there is nothing written in the stars that Donald Trump, in the late stages of vulture capitalism, can’t win another term. With each additional state visit he gets a patina of legitimacy.

History is not a comfy quilt, one old school Hollywood ending stitched to another, where the principled always prevail.

Greedy guys and their selfish agendas to capture more and more of the  world’s wealth for themselves do prevail and the mass of humanity and the planet itself pays the price. Is Donald Trump their front man? Absolutely. Is his ascendancy part of dangerous global flirtation with race based authoritarianism? No doubt. That’s why failure is not an option.

There’s just a few weeks before Labor Day and the real start of the 2018 Congressional campaign. And the battlefield’s contours already heavily favor Trump because he has to just “hold his own” while Democrats have created the expectation of a tsunami. Anything shy of that will help set up Trump for re-election.

In all of their hand-wringing that Trump threatens global world order MSNBC continues to cast him as a change agent and make it clear they think that Trump’s victory was a fluke, or solely a Russian plot. In the MSNBC editorial formation any American who is skeptical about NATO is just ignorant.

During the NATO summit coverage Joe Scarborough, who had plenty to do with legitimizing private citizen Donald Trump's ascent into the Oval Office, was attacking Trump for attacking NATO, which the former Congressman credited with being the “foundation of America’s $19 trillion dollar economy.”

Yet, over those many years, no matter who was in the White House, that so-called American prosperity became an illusion for the mass of America’s poor and middle class. Since the 1970s Americans that relied on wages  have been losing ground, as income disparity and wealth concentration have both accelerated.

Instead of real wage growth, affordable higher ed for their kids, and a modern infrastructure, what Americans got was access to credit, sky-high tuition costs and crumbling bridges and roads. And this all played out as the federal government sank deeper and deeper into debt.

And the decades of inattention to this reality by the nation’s political leadership set the stage for the rise of Trump’s phony populism. Only a wealthy businessman like Trump, the line went,  could defend the interests of average Americans preyed on by the two political parties that were bought and paid for by the corporations who for decades had gamed the system to their advantage.

Scarborough should keep in mind the post World War II American polity that bought into the Marshall Plan and NATO was a different nation. It was feeling generous because it was one of social and economic mobility where  the effective tax rate for the top one percent was 91 percent. That America, has been dead and buried for along time and both political parties and big business are still holding their shovels.

They are not done.

Today, thanks to the Trump/GOP $1.5 trillion tax cut  that 91 percent tax rate on the wealthiest dropped to 37 percent, down from the pre-existing 39.6 percent. At the same time they slashed the corporate tax rate from 35 percent to 21 percent. When the dust settled the Trump/GOP had delivered tax changes that insured the top one percent,  their patrons and donors, would get 83 percent of the tax “reform” benefits.

Years into the faux recovery from the Great Recession the New York Times  correctly writes under the headline “Profits Swell But Laborers See No Relief” that “corporate profits have rarely swept up a bigger share of the national wealth, and workers have rarely shared a smaller one.”

For tens of millions of Americans it is the oppressive reality of facing  continued long term economic insecurity for themselves and their children that looms much larger than the potential predations of Vladimir Putin. For them, that’s the real clear and present danger that keeps them awake at night.