Joaquin Phoenix: Playing the Joker "scares the f—king s—t out of me"

And that's part of why he's doing it 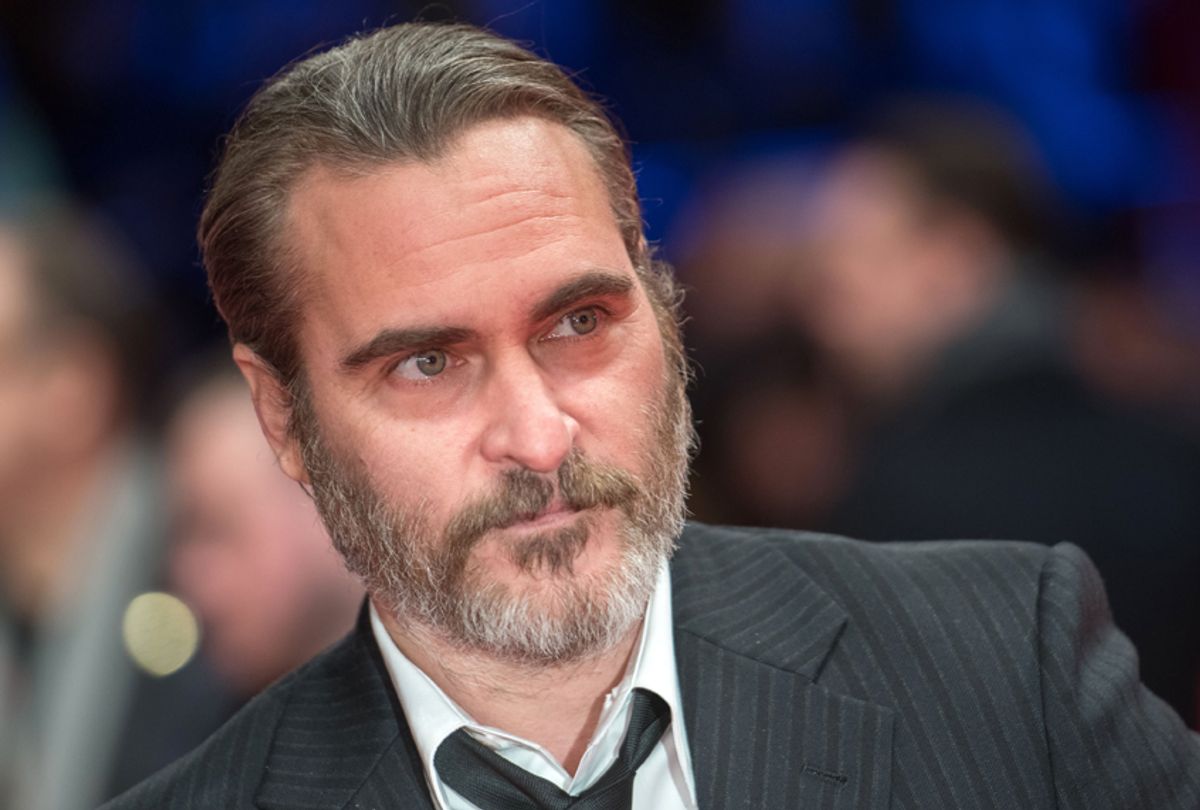 Joaquin Phoenix poses on the red carpet upon arrival for the premiere of the film "Don't Worry, He Won't Get Far on Foot" presented in competition during the 68th edition of the Berlinale film festival in Berlin on February 20, 2018. / AFP PHOTO / Stefanie LOOS (Photo credit should read STEFANIE LOOS/AFP/Getty Images) (Getty/Stefanie Loos)
--

Now that it’s been confirmed Joaquin Phoenix will play the Joker in a standalone movie directed by “The Hangover” helmer Todd Phillips, the actor is speaking out about his latest role. Phoenix says that he takes “a lot of time and consideration” when deciding which projects to pursue, and that this one “scares the fucking shit out of me” — which is part of why he’s doing it.

“I take a lot of time and consideration when making decisions and what I’m gonna work on always. So, in some ways, the process, which is obviously reading a script and meeting a filmmaker and then continuing to have meetings and discussions with Todd [Phillips],” Phoenix says in an interview with Collider.

“I think he’s very impressive and he seems to have a very interesting understanding of this world and what he’s trying to say. And so there is something very appealing about that and working with him on this particular project. It feels unique, it is its own world in some ways, and maybe, mostly, it scares the fucking shit out of me or something. It might as well be the thing that scares you the most.”

Batman’s arch-nemesis was previously portrayed by Jack Nicholson in Tim Burton’s “Batman,” Christopher Nolan’s “The Dark Knight,” and Jared Leto in David Ayer’s “Suicide Squad.” Phoenix’s film, which may be competing with a separate standalone film in which Leto reprises the role, doesn’t yet have a title or release date.