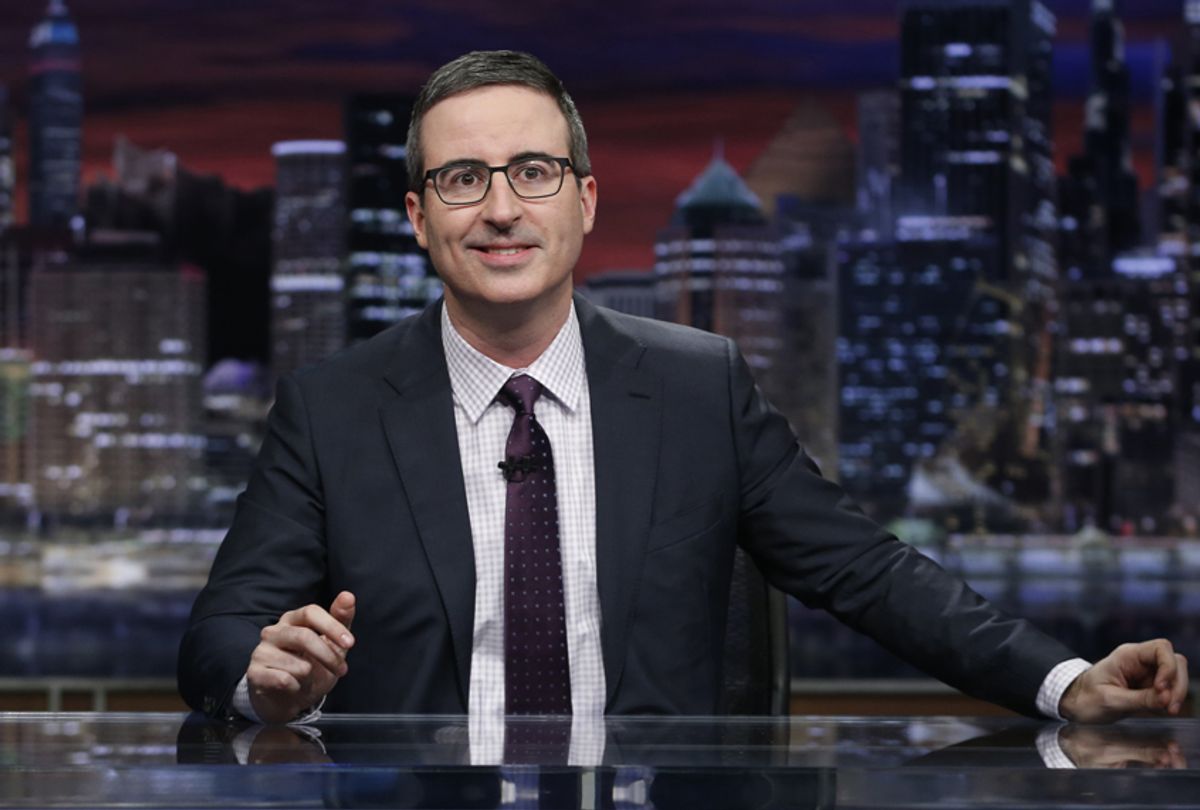 John Oliver is on vacation this week, but before he left he wanted to show some of the graphics his staff was unable to use for stories they’d done over the past week.

Some were silly like dog condoms called “Ruff Riders” or a squirrel journalist named Edward R. Burrow because he digs for stories. But one was particularly topical: Ivanka Trump as the mother in the film “Get Out.” She seems like the kind of mother that might question her daughter’s boyfriend on his smoking habits while casually stirring a cup of tea.

“It looks eerily real because it is depressingly plausible,” said Oliver.

“Now you’re in the sunken place,” Missy Armitage says during the film’s hypnotism scene that paralyzes Chris. It’s unclear if Trump is well acquainted with hypnotism, however, she does seem paralyzed to move on all of the issues she promises.

Oliver also showed the photo of Nancy Reagan sitting on Mr. T’s lap while he’s dressed as Santa. It wasn’t photoshopped, it actually happened. Oliver wanted to show it to remind people that magic is possible.