One of the immutable laws of cooking: If it is nicknamed "sludge" it has got to be good

Before Canada had Justin Trudeau to brag about, she threw herself a party, and Expo67 occasioned the best soup ever 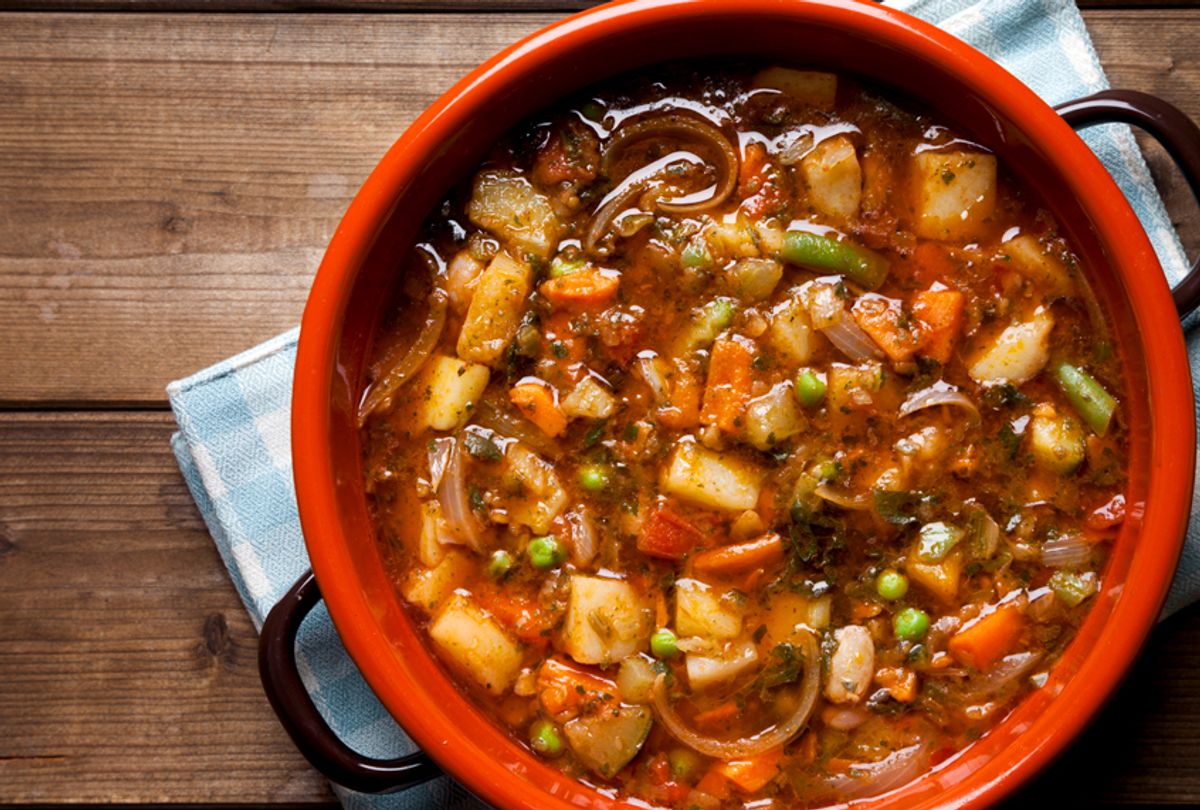 In 1967, Canada turned a hundred years old. A song was written to the country for the occasion to be sung by its citizens. Can-na-da da da da da da, Weeeee love you. (I might be missing a da) Either way, it's a terrible song about a country still a bit too young to have any idea who, or what it was really about. Were we a country? Or still a colony? In Montreal, where I was born, we had the added confusion of having a majority French population who thought that we, and our fealty to the Queen, was getting in the way of their birthright to a far more interesting cuisine, language and culture.

But a birthday is a birthday and Montreal, brewing civil war aside, decided to celebrate by hosting a world's fair, Expo67.

Living with my mother was nothing if not confusing. Born in London, she thought cities should have big established personalities, be known on the world stage, like New York, Paris, or Hollywood. In the 50s and 60s Montreal wasn't. It is now and is a fabulous place. But she worked at CBC, Canada's national broadcasting company so had to keep her snobbishness under wraps during her long career where, at various times, she was a film reviewer, a commentator, a lifestyle reporter and permanent game show contestant.

In 1967 she must have been a lifestyle reporter because when the Expo finally opened, she had to cover the crowd pleasing events. I'd hear her on the radio extolling the wonders of Canada's can do, only to have her come home dripping with contempt. The roaming mascots seemed to incite a particularly venomous reaction. It was during the Expo, and I don't really know if there's a direct correlation, but she was being exposed to countries and their cultures from Iceland to Rwanda, that she decided to spice up our dinners. Throw out the beans and toast, bring on the succulent lamb curries and the savory goulashs.

Each and every one of these dishes was a disaster. To be fair, she was a working mother, with three snot-nosed daughters and a new baby.

But there was one dish that became family lore, and to this day whenever I make it, I am brought right back to that period of our lives.

It was just before we were to head back to school. Besides making complicated dishes from scratch, my mother also decided that she should make our clothes. What got into her I can't even begin to imagine. Maybe she had been humbled by the ingenuity put on display by the developing nations and embarrassed by the bounty she was surrounded by, even if she did think it provincial and boring. So how better to combat that than make your kid look like the Little Matchstick Girl. Each dress she made had a more eccentric hemline than the last, not to mention an array of armholes sizes that left me with raw, chafed armpits.

Anyhow, as a last treat before school we, as a family, would spend an evening at the Expo. Of course, we had been once before, but that was it. Mother didn't want her enthusiasm for the place to be marred by the memory of her children whining that they were hot, or hungry, or tired.

To ensure, at least, that we weren’t hungry, she spent the day making a minestrone soup which she served as an early supper. Maybe it was the early fall bounty of zucchini, and ripe tomatoes, maybe it was that she happened to have a leftover lamb shank that she added to the broth, maybe it was that she only had small white beans (a vestige from when she attempted homemade beans for our beans on toast) but the whole thing came together beautifully. Rich but fresh. Sweet but with the tang of tomatoes.
I remember my mother reading the newspaper when the advent of the fair was announced, "Poor World, Coming To Us."
READ MORE: You had me from Merlot: I forgive you Rex Pickett
Gathered around the kitchen table with my sisters, my mother added to our excitement by acting the intrepid reporter interviewing the best dressed (we were all in our smocks) most sparkling visitors to the fair. We practically scrambled over one another to be allowed the first to shine.

Finally, the wooden spoon microphone was held before me. Drawing a deep breath and ready to hold court, I said. "The World of The Future pavilion is the greatest place on earth. Soon machines will do all our thinking and cleaning. And there will be enough food for everybody, and it will taste as good as this soup." With that, I held my bowl out as primly as only a seven-year-old in a lopsided dress can and said, "Please, may I have some more sludge."

A family word was born to be used exclusively for the wonderful concoction that is pasta, potatoes, greens, and beans in a rich broth.

Even my baby sister, far too young to remember that momentous moment, always called the body of minestrone soup sludge, though by then mother had long given up making it and her sludge came courtesy of Campbell's

Later that evening we set off for Expo67 and wouldn't you know it, we were barely through the gates when a young reporter from a rival network spotted my mother and came charging up with his microphone. Mother, convinced her chicks were ready to fly, stepped aside. And we, of course, overcome with shyness, were struck dumb.

One lamb bone with some meat still attached. (optional and only use with chicken or vegetable stock)

1 large zucchini or 2 small, diced and with the core removed if large.

3 ripe tomatoes or 1 can plum, diced.

This is a traditional minestrone except I’ve left out the parmesan cheese and added a lamb bone. I love the flavor lamb imparts, and it matches so well with the rest of the ingredients.

* knob is the equivalent of one or two Tbl

As a rule, you should salt with each step.

In a large stock pot heat oil and butter. Add onions, stir until translucent.  Add garlic, stir for about a minute then add carrots and celery. Cover, let sweat.

Making a minestrone is all about building flavours. It’s best to think about how much time some things need as opposed to others.

Add broth and bone if using.

Bring to a boil.

After an hour, add dark greens, zucchini, and pasta.

Let flavours marry for another hour.

I like to stir in a knob of butter at the end but that’s the Irish in me.