Why so many people think a dystopia is nigh? Psychologists explain 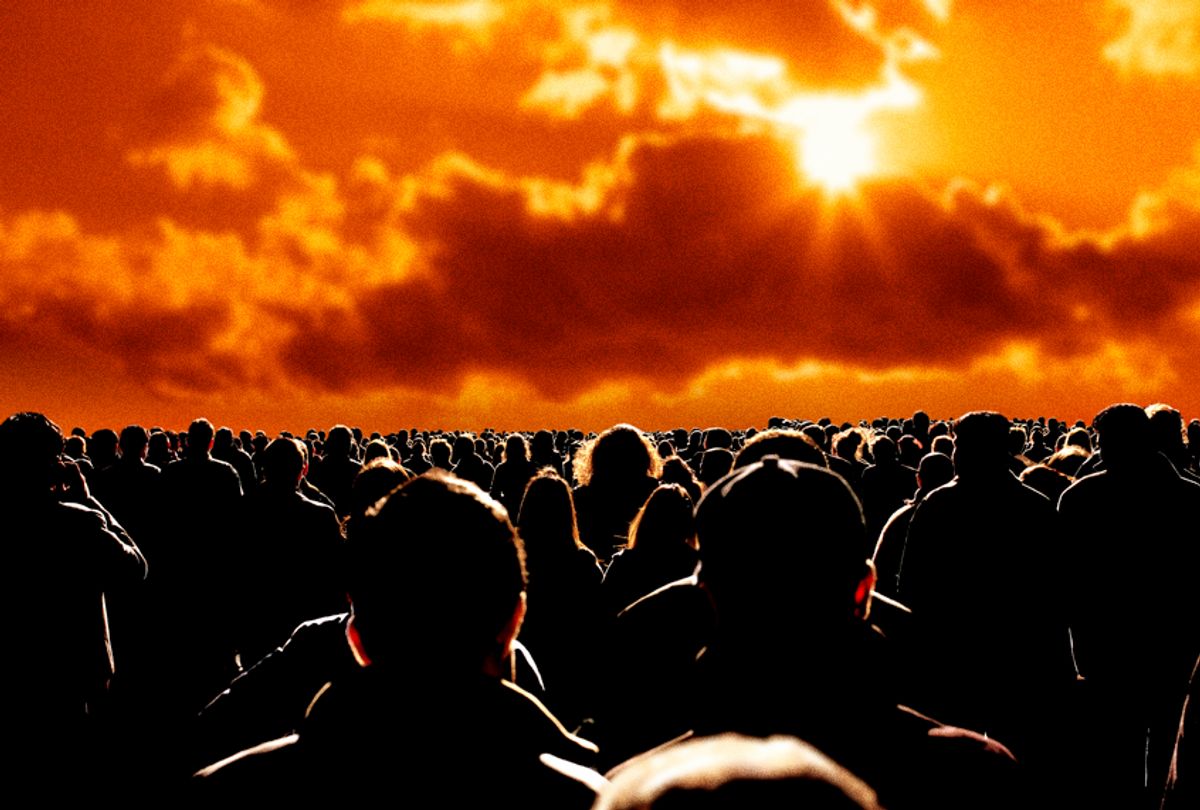 Many of the world's richest seem to earnestly believe that some kind of apocalyptic "event" is coming, and have prepared accordingly. You might have read about this before — such as in the New Yorker's deep dive back in January 2017 — but billionaire doomsday preppers are back in the news again thanks to a new viral article penned by professor and media theorist Douglas Rushkoff. In it, Rushkoff gives some insight on the grave manner in which some of the business elite are going about preparing for a doomsday, which he learned first-hand after receiving an invitation to speak with some one-percenters.

Rushkoff says that what was supposed to be a wholesome discussion about the “future of technology” quickly turned into a consulting session on an impending apocalypse.

Slowly but surely, however, they edged into their real topics of concern. Which region will be less impacted by the coming climate crisis: New Zealand or Alaska? Is Google really building Ray Kurzweil a home for his brain, and will his consciousness live through the transition, or will it die and be reborn as a whole new one? Finally, the CEO of a brokerage house explained that he had nearly completed building his own underground bunker system and asked, “How do I maintain authority over my security force after the event?”

The Event. That was their euphemism for the environmental collapse, social unrest, nuclear explosion, unstoppable virus, or Mr. Robot hack that takes everything down.

This single question occupied us for the rest of the hour. They knew armed guards would be required to protect their compounds from the angry mobs. But how would they pay the guards once money was worthless? What would stop the guards from choosing their own leader? The billionaires considered using special combination locks on the food supply that only they knew. Or making guards wear disciplinary collars of some kind in return for their survival. Or maybe building robots to serve as guards and workers — if that technology could be developed in time.

There is a lot of wealth in this world, and it is extremely unevenly distributed. According to a January Oxfam report, 82 percent of the wealth generated in 2017 went to one percent of the global population. While the fat-cats of Earth are still going about doing regular rich-guy things, it is also peculiar that so many of the one percent are spending so much time and money thinking about the apocalypse. Don’t they have better projects or companies to invest in? Is there something specific to rich dude psychology that is making them behave this way?

It's worth noting that the fear of doomsday is not specific to the world’s financial elite. It appears in splashy headlines. It is in the science fiction we read and watch. Apocalypse anxiety seems to be on everyone’s mind lately, and some psychologists have their own theories as to why.

Clay Routledge, a researcher who studies existential anxiety and has conducted studies specifically about drivers of apocalyptic beliefs, tells Salon these apocalyptic fears can be motivated by a number of different variables — one big one being technology.

“There are, of course, some very real threats to worry about, but our always-connected digital world can heighten anxiety because it is a constant and chaotic stream of information, and is often negative, and specifically fear-focused,” he explained.

Furthermore, his research suggests that such anxieties could be linked to existential concerns and a search for meaning.

“Though we tend to think of the apocalypse as negative, the idea may counterintuitively be attractive to some,” he said. “In a world in which life feels uncertain and often unfair, in which people struggle to find a sense of personal purpose, the idea of an apocalyptic ending, though terrifying, can also feel meaningful."

“Some are attracted to these ideas because they would be tested and could find their true purpose, maybe even emerge as heroes or people of importance in a new world,” he said. “And some like to imagine the possibility of a simpler life, what might be almost a form of nostalgia.”

Nathalie Theodore, JD, LCSW, who is a psychotherapist in Chicago, said the rise in concerns about an apocalypse is likely a result of the anxiety felt from the country’s current political state.

“We don’t feel as settled, safe or secure in our everyday lives and, when this happens, our minds tend to wander to the worst case scenario—for example, the apocalypse,” Theodore told Salon. “Because we don’t feel entirely safe in our environment, we imagine doomsday scenarios in which we have no control over our surroundings, and the world around us is falling apart.”

Mike Salas, a life and professional counselor based in Texas, said he has seen a rise in clients who have fear and anxiety about the end times since the 2016 U.S. presidential election.

“Where people are just in a very vulnerable place — not apocalyptic, but [not knowing] what to expect from our current governmental state,” he explained. “There are people that are worried [the state of politics] could lead to nuclear war and also the end of our democratic state, and I have a lot of clients who are fearful of that.”

Salas added that specifically his minority clients are anxious.

“There is a lot of anxiety about loss of rights and change in social structure,” he explained.

As to why, Salas explained he believes it has to do with the lack of abundance in the world.

Salas said he does have wealthy clients—but they appear to be anxious for other reasons.

"A lot of people I see are wealthy and conservative and many of them believe we're on the right path with this president, and that liberals aren't understanding of it,” he said. “When I hear the anxiety from these clients, it is about heading to the extreme left."