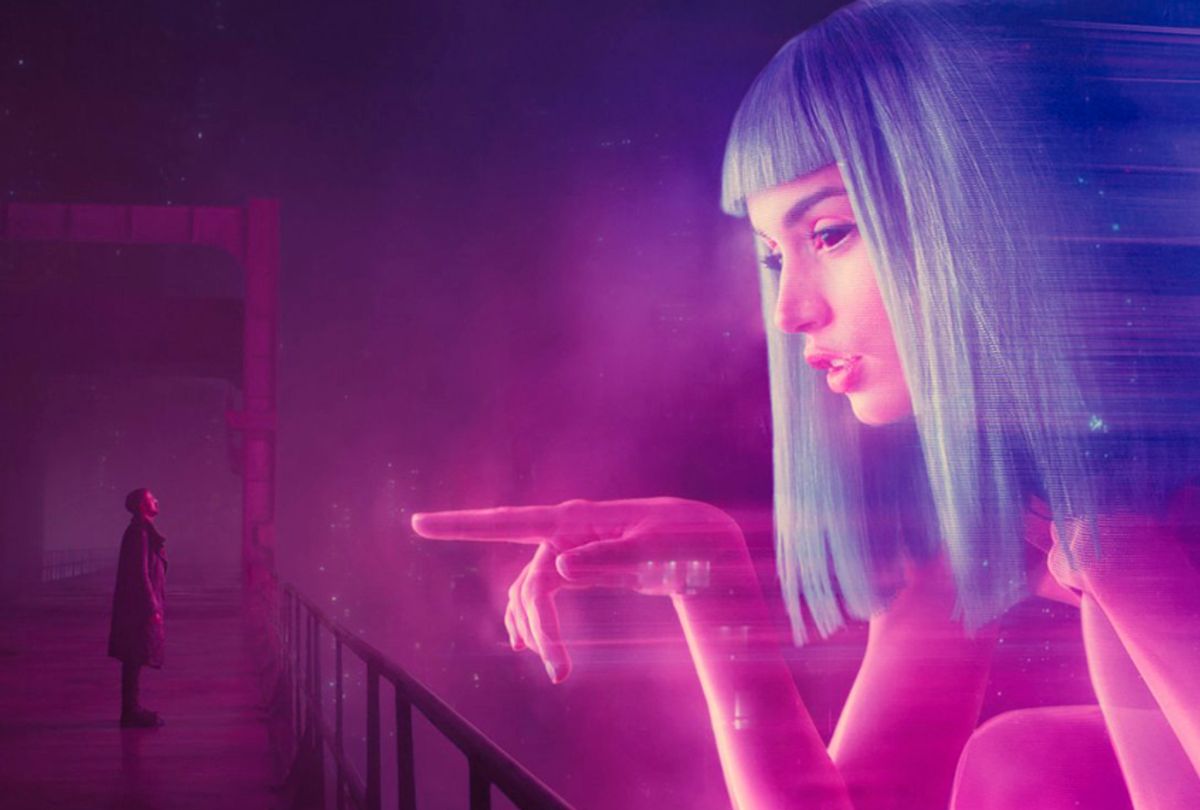 As the year-in-review lists are churned out around the media landscape, most pundits concur that 2017 was a dismal year — for politics, civil rights, democracy, the environment and income inequality. Yet there was one realm in which 2017 excelled: the production of dystopian literature. I suppose this is the sole upside to a political moment in which totalitarianism twinkles half-obscured in the background like the Cheshire Cat’s smile: the quality and quantity of dystopian film and literature actually improves in dark epochs.

Besides the obvious primary reason — namely, that the future doesn’t bode well right now — there’s another reason I believe this to be the case. When times are bad, the masses turn to escapism to relieve stress and feel better about their lives. For proof, take a look at a partial list of 2017 dystopian cultural production: There was “The Circle,” the film version of Dave Eggers’ novel that predicted a social media nightmare; “The Handmaid’s Tale” and its cultural reverberations; “Blade Runner 2049’s” grim, plant-less future Earth; a new heaping of “Black Mirror”; the second season of alternate-universe, Nazi America thriller “Man in the High Castle” (technically released at the very end of 2016, but we’ll let it slide); the surprisingly dystopian “X-Men” entry “Logan”; Omar El Akkad’s “American War”, set in a U.S. experiencing a civil war; and finally, I would argue, the viral New Yorker short story “Cat Person” — which, like “The Handmaid’s Tale,” depicts a patriarchal dystopia characterized by obscure, oft-coercive rules of relationship praxis and the deadly risks of getting them wrong.

As with any literary genre, dystopian literature comes and goes in cycles; moreover, the authors who are popular in a given moment generally reflect the anxieties of that era. Sales of “1984” shot up shortly after Trump was elected, perhaps because Trump’s hypnotic (to some) propagandizing is a bit reminiscent of Orwellian Newspeak. Atwood’s dystopian “Handmaid’s Tale” resonated in 2017 for obvious reasons: the unrepentant trauma of patriarchy being persistent, women still suffer sexual abuse, assault and discrimination daily. The rise to power of clear sexists like Trump and Ted Cruz made Atwood’s world feel like it was just a hop and skip away.

And yet there was another dystopian sci-fi author whose rise to popularity in the past half-decade is less easy to account for than Atwood or Orwell’s popularity. That author is Philip K. Dick.

We’re definitely in an Atwood moment, but we may also be in a Philip K. Dick moment. The paranoiac, drug-addled sci-fi author, who wrote in a frenzied and simple style, has had a rebirth of sorts in the past few years, particularly when it comes to adaptations of his works. There was the aforementioned Amazon mini-series “Man in the High Castle,” and the “Blade Runner” sequel, just in the past year-ish. But before that, this decade saw other Dick adaptations including “Total Recall” (2012), “Second Variety” (2009), “A Scanner Darkly” (2006) and “The Adjustment Bureau” (2011). There are also upcoming projects: Dick’s novel “Ubik” is awaiting a green light, and another season of “The Man in the High Castle” is in the works.

The Atwoodian moment is easier to understand. But why are we in a Dickian — Dickish? — moment as well? I reached out to Salon’s favorite resident Philip K. Dick expert, David Gill, a literature teacher at San Francisco State University and a Dick scholar. Gill told me that Dick’s popularity may be because his dystopias “feel accurate… full of environmental problems, global warming, oppressive governments, surveillance technology.” “There’s no sugar coating” in Dick’s books, Gill added. For anyone who’s even briefly encountered a Dick work, you probably recall the dour mood. “A Scanner Darkly,” “Blade Runner,” “Minority Report” — none of these exactly have what you might call happy endings, with the evil regime defeated and the world returned to a prelapsarian state. Gill elaborated further:

“Dick’s other prescient insight was about the seductive nature of technology: you start out using technology to serve your needs, and then before you know it technology is using us to serve its needs. Connective communications technologies are ultimately isolating if we’re stuck using them in isolation. In Dick’s ‘Galactic Pot Healer’ novel, the characters sit around in their rooms and play this strange word game, scrambling and translating the names of famous titles and sayings.”

Then, there’s also Dick’s weird relationship to truth. Many of Dick’s novels and stories feature characters who have difficulty sussing out what truth is, or even what reality is. In “Flow my Tears, the Policeman Said” — whose movie rights were bought in 2004, and which may see a film version soon — the protagonist wakes up in a world where he seems to have never been born, and struggles to figure out why his friends don’t remember him. In “A Scanner Darkly,” the protagonist is addled by a psychoactive drug that confuses his ability to remember who he is or what he is doing. Basic facts seem fleeting.

You can see where I’m going. Whereas in “1984” Orwell depicted a very black-and-white world of truth and lies, Dick’s worlds are more gray. In “1984,” Winston sees five fingers when there are four because the party tells him; whereas in Dick’s worlds, the self might not even exist, let alone the hand. There are more conditions, more schisms in reality, than a question of five or four fingers. “In ‘Blade Runner,’ reality no longer matters,” wrote one film critic of “Blade Runner 2049.” “How long until this happens to us?”

We do not live in a world where “truth” and “lie” are simple anymore; to Donald Trump, the notion of truth changes day to day. Sometimes things exist merely for convenience and other days they do not exist at all. Obama’s inaugural crowd was smaller than his, or maybe it wasn’t, or maybe it doesn’t matter, or maybe it never happened. Maybe the “grab ’em by the pussy” moment was real last year when Trump apologized, but now he doesn’t think it ever happened.

“Dick is especially relevant in the age of Trump because we are living in a world where the authentic and the artificial have exchanged places,” Gill mused. “We live in a time when it is impossible to know if what we are seeing is real or is being manipulated, ‘photoshopped’ — this idea was terrifying to Dick.”

As Trump and Trump’s supporters build their own media channels, any reality becomes possible, perhaps. Social media has sprouted different reality bubbles, Balkanized universes of fact and fiction. According to Gill, Dick predicted “not that we can’t know what is really real, but that the people in power can manipulate the nature of our reality itself.” Sounds about right.