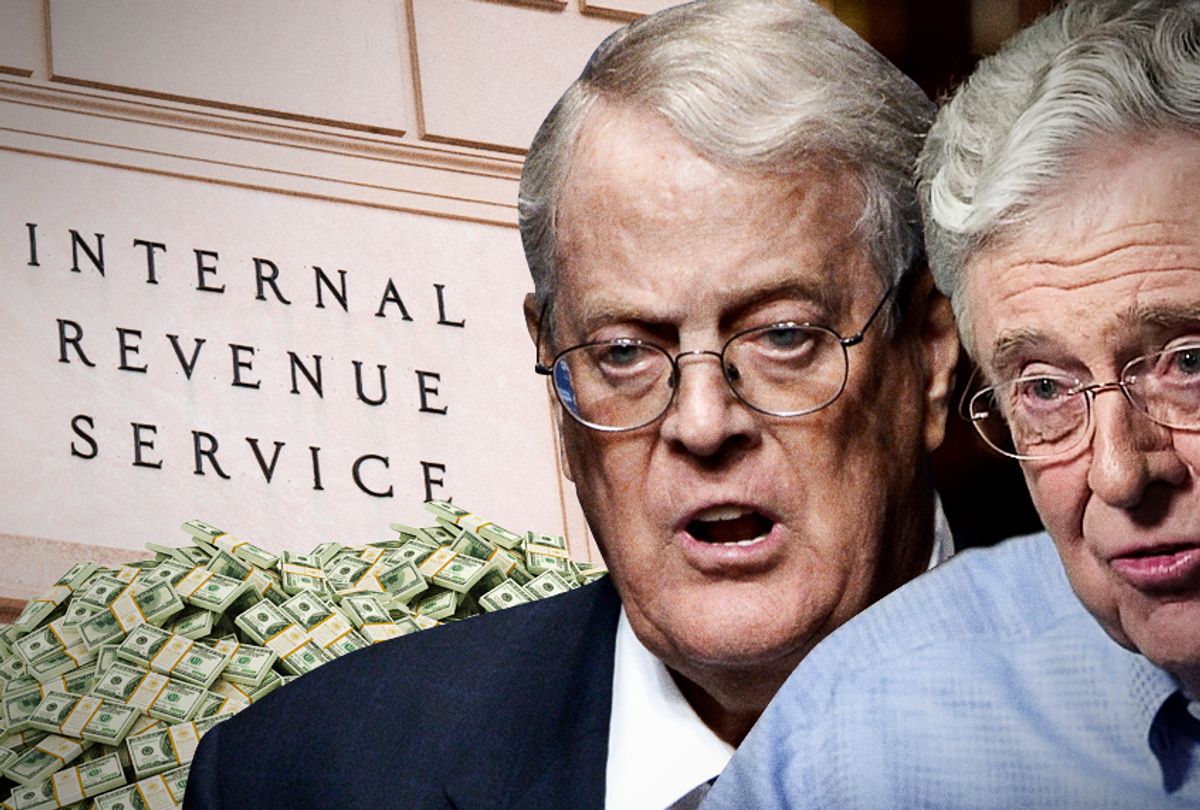 President Donald Trump has just removed an old IRS rule that required specific types of nonprofit organizations to disclose the identities of their large donors.

As the Department of Treasury explained on its website:

The Treasury Department and IRS announced today that the IRS will no longer require certain tax-exempt organizations to file personally-identifiable information about their donors as part of their annual return.  The revenue procedure released today does not affect the statutory reporting requirements that apply to tax-exempt groups organized under section 501(c)(3) or section 527, but it relieves other tax-exempt organizations of an unnecessary reporting requirement that was previously added by the IRS.

By regulation, however, the IRS extended the donor reporting requirement to all other tax-exempt organizations—labor unions and volunteer fire departments, issue-advocacy groups and local chambers of commerce, veterans groups and community service clubs.  These groups do not generally receive tax deductible contributions, yet they have been required to list the names and addresses of their donors on Schedule B of their annual returns (Form 990).

As The New York Times reported, "the change, which has been long sought by conservatives and Republicans in Congress, will affect labor unions, social clubs and, most notably, many political groups like the National Rifle Association and the Koch network’s Americans for Prosperity, which collect what is known as 'dark money."”

Treasury officials said the reporting change would protect privacy and reduce compliance costs for nonprofits, and that the IRS could still request donor information from groups in the rare event that it was needed for tax scrutiny.

“Americans shouldn’t be required to send the I.R.S. information that it doesn’t need to effectively enforce our tax laws, and the IRS simply does not need tax returns with donor names and addresses to do its job in this area,” Steven Mnuchin, the Treasury secretary, said in a statement on Monday evening.

"Treasury Secretary Mnuchin’s announcement is a thinly-veiled attack on transparency in political campaigns," Adav Noti, senior director at the Campaign Legal Center and a former associate general at the Federal Election Commission (FEC), told Salon by email. "The information that he is allowing organizations to withhold from the IRS was one of the very few remaining protections for voters against the influence of foreign dark money in elections. So the administration has made a choice to deprive law enforcement agencies of the information they need to detect and deter illegal campaign spending by foreign powers."

Noti's concerns were echoed by Steven Rosenthal from the nonpartisan Tax Policy Center.

"There’s a lot to this administrative rule under the semblance of reducing paperwork," Rosenthal told the Times. "It adds another layer of opaqueness to the tax-exempt funding."

By contrast, Republican lawmakers — many of whom claimed that the existing laws had allowed the IRS to inappropriately target various political groups during the administrations of President George W. Bush and Barack Obama — celebrated the new policy.

Senate Majority Leader Mitch McConnell declared that it was "particularly welcome news to those of us who intently are focused on defending the First Amendment, for those of us who over the years have raised concerns during the last administration about activist regulators punishing free speech and free association. It’s a straightforward, common sense policy decision."

The Wall Street Journal also lauded the decision in an editorial on Tuesday:

Presidents swear an oath to “protect and defend the Constitution,” and that includes guarding against restrictions on political speech. So congratulations to Treasury Secretary Steven Mnuchin and Acting IRS Commissioner David Kautter for advancing that cause on the controversial issue of donor privacy.

Treasury announced Monday evening that the Internal Revenue Service will no longer require most 501(c) organizations to include donor names and addresses on their tax Form 990 Schedule B. Nonprofits have had to divulge those sensitive details for donations above $5,000. From now on, only 501(c)(3)s that receive a tax deductible benefit will have to provide such donor information. This new IRS revenue procedure will exempt some 45,000 nonprofits from the reporting rule, including unions and social-welfare groups.

Donor names are supposed to remain private, but the government has inadvertently revealed donor lists. IRS employees also used donor-information demands as part of their harassment of Tea Party organizations during the Obama Administration. State Attorneys General have even sought to require nonprofits to release Schedule B details to state regulators, with a goal of requiring public disclosure that could tee up donors for political harassment—a threat to free speech. The new IRS policy means states won’t be able to exploit this donor information as easily.

By contrast, Democrats condemned the decision as one that would only help the rich continue to remain unaccountable, with Sen. Jon Tester of Montana describing it as "the swampiest, darkest, dirtiest decision."

This doesn't mean that nonprofits are completely off the hook.

"Organizations still need to keep the identities of donors on file, and the IRS has the power to request that information," Noti told Salon by email. "If there is reason to believe that an organization is illegally funneling foreign funds into U.S. elections, the Department of Justice or the Federal Election Commission could open an investigation."