Poor whites and African-Americans often live in different worlds. The answer to the disparity may lie in politics 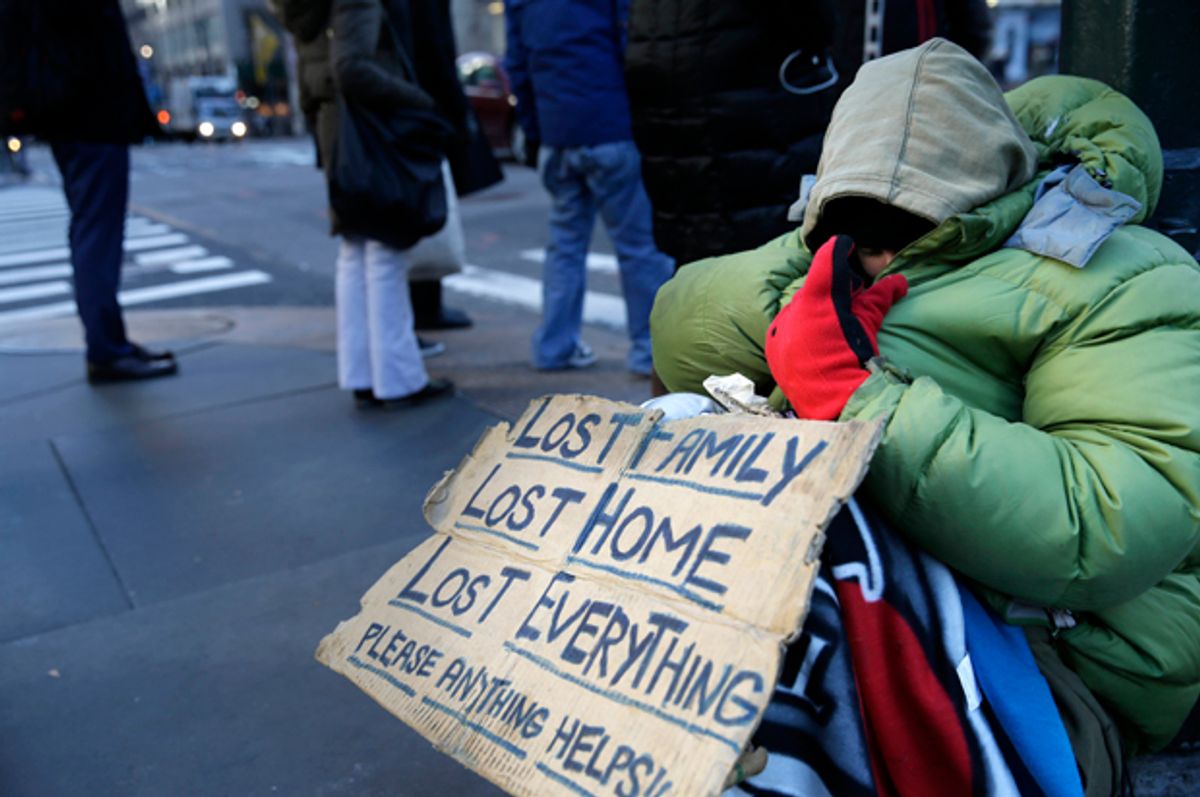 Yesterday afternoon, author/researcher Carol Graham appeared on Charles Ellison’s “Reality Check” program on WURD AM/FM (a liberal/progressive African-American talk radio station in Philadelphia) and discussed the emotional differences between poor blacks and poor whites. It was a fascinating conservation: according to Graham’s research, poor African-Americans in the United States are, on the whole, more optimistic than poor whites — who Graham described to Ellison as being much more likely to fall into despair. As worried as the African-American community is by the Trump Administration and its horrible policies, Graham finds poor whites to be in a much worse state emotionally and are decidedly more pessimistic.

WURD callers, mostly African-Americans living in Philadelphia, offered different views on Graham’s findings. Some asserted that formerly middle-class whites who fell into poverty during the Great Recession were ill-equipped, emotionally, to handle the types of economic struggles African-Americans have been facing all these years. But another explanation for Graham’s findings is that poor whites — whether they became the neo-poor during the Great Recession or were poor long before that — are much more likely to have been thoroughly indoctrinated into right-wing Republican ideology, especially in Republican-dominated areas of the U.S. And as a result, they feel a certain self-hatred and blame themselves for their economic misfortunes in a way that poor African-Americans don’t. Poor whites (especially the ones based in rural areas or small towns) and poor African-Americans often live in very different worlds — and everything from the media outlets they embrace to the churches they attend to the music they listen to is likely to affect whether they view the poor as morally deficient or as people who have been seriously screwed over.

As much as right-wingers like to whine about the mainstream media having a liberal bias — which, for the most part, it doesn’t — the fact is that right-wing media is vast, from Fox News to white AM talk radio to Breitbart, Townhall, the Weekly Standard and countless other high-traffic wingnut websites. And the right-wing media has invested considerable time and energy in teaching that the poor are useless freeloaders living off the sweat, hard work and innovation of the rich (who Rush Limbaugh calls “the achievers”). Rural whites who have been bombarded with decades of poor-bashing from Fox News and white talk radio are bound to take that message to heart and view themselves as moral failures if they are not doing well financially.

The overall message at an African-American talk radio station like WURD is totally different from what one hears on Limbaugh’s show. From the local programming that dominates the station to the Rev. Al Sharpton’s syndicated program, “Keeping It Real,” Donald Trump’s presidency and the Republican Party are painted in a consistently negative light on WURD — and the poor are not painted as parasites or leeches by any means, but as people who have been screwed over by crony capitalism and a rigged game. While WURD callers often sound angry and frustrated over the political climate in the Trump era, the anger doesn’t sound like self-hatred or self-blame. Sharpton and Ellison will encourage education, self-improvement and job training, but in a way that uplifts rather demonizes or belittles the poor.

Christianity comes in wildly different forms in the U.S., where white fundamentalist megachurches often have a very different view of economics than African Methodist Episcopal (AME) denominations. The Christian Right, white megachurches and fundamentalist Pentecostals typically embrace the so-called “prosperity gospel,” which teaches that the rich are blessed with affluence because of their moral superiority and that the poor are poor because of their immoral, sinful ways. But in black AME churches, one often hears that it is a Christian’s duty to feed the poor and help the homeless — and one is more likely to hear Jesus Christ quoted as saying, “It is easier for a camel to fit through the eye of a needle than for a rich person to enter the kingdom of heaven.”

In AME churches, the burden of proof is usually on the rich rather than the poor. So, if an African-American in an AME congregation graduated from the University of Pennsylvania’s medical school or law school and has a six-figure income, that’s all well and good — but they’re still encouraged to roll up their sleeves and do some volunteer work in a homeless shelter because that’s their duty as a Christian. The prosperity gospel is viewed as wrong-headed and unchristian in many black AME congregations.

Liberal AME pastors view Jesus Christ as an advocate for the poor and the downtrodden. To right-wing white megachurches, Jesus hates the poor and spits in their faces.

Music is another way in which poor whites and poor blacks can receive radically different messages. The fact that Kanye West said some favorable things about President Trump earlier this year was controversial in the hip-hop community, where Immortal Technique, Public Enemy, Ice-T, KRS-1, Paris, N.W.A, Ice Cube and countless other rappers have been known for their left-of-center views. But modern country-rock is full of right-wing activists who think former Alaska Gov. Sarah Palin represents “the real America.” The Dixie Chicks became pariahs in the country music community after Natalie Maines criticized President George W. Bush and the Iraq War in 2003; Maines found out the hard way that being openly liberal can seriously damage one’s career in country music.

Of course, Jay-Z, Chance the Rapper and other hip-hop stars attract racially diverse audiences and have plenty of white fans. And as many liberals and progressives as there have been in hip-hop, conservative rappers are not nonexistent. But on the whole, the poor receive a lot more emotional support in hip-hop than they do in modern country music. And even though hip-hop has plenty of imagery of bling and Benzes while modern country music likes to portray itself as music of the common man, hip-hop — at the end of the day — tends to view the poor in a much more compassionate and favorable light.

With so many poor whites being demonized whether they’re turning on Fox News, going to a megachurch or hearing their favorite country-rock stars urging them to vote Republican and support President Trump’s agenda, it’s no wonder that so many of them have fallen into despair, hopelessness and self-hatred.