What does a relationship with Russia look like for the U.S.?

‘Putin has a huge check ready to cash’: Historian Jon Meacham fears what Russia will do with control over Trump 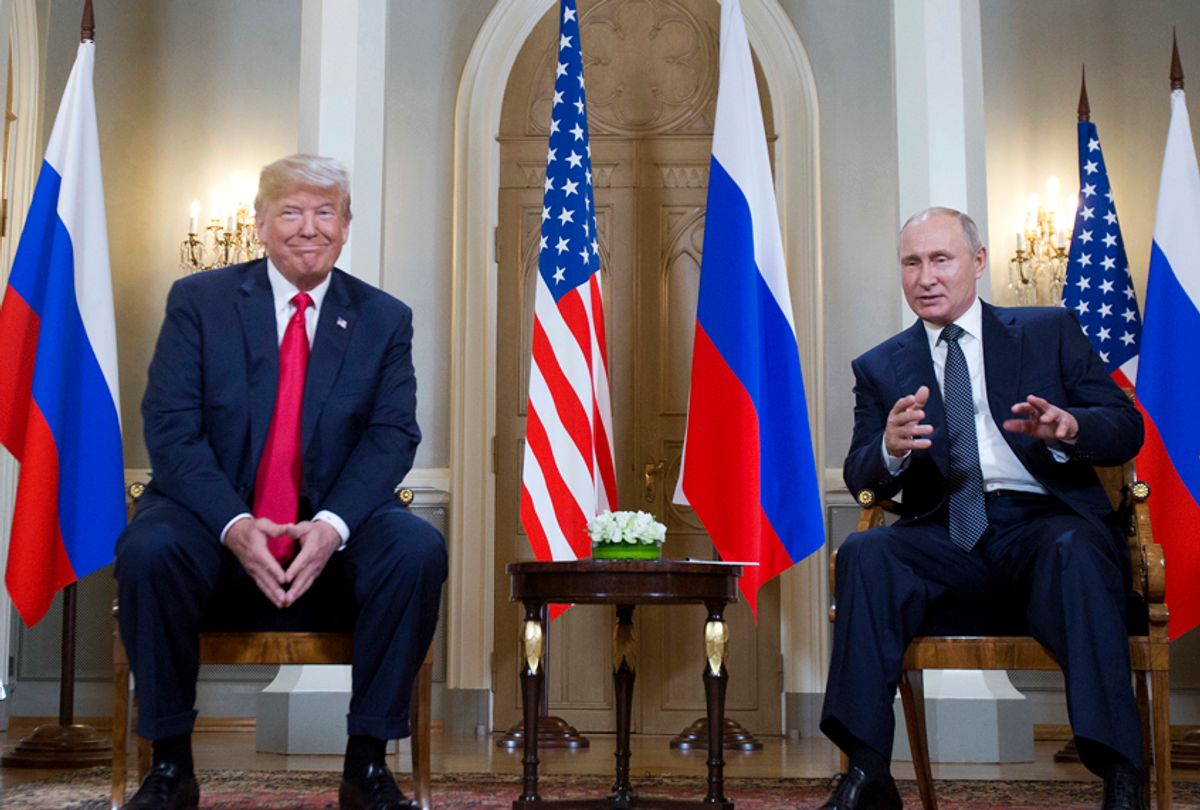 Historian Jon Meacham was alarmed by President Donald Trump’s allegiance to Russian president Vladimir Putin — but he’s even more worried by what comes next.

The two leaders met privately for more than two hours Monday in Helsinki, Finland, and Trump came out of that meeting defeated and sided with Putin over U.S. intelligence and law enforcement agencies.

“My chief fear is that this is the middle of the journey, not the beginning and not the end,” Meacham told MSNBC’s “Morning Joe.” “Because Vladimir Putin has a huge check in his pocket ready to cash from Donald Trump, and I don’t think it’s simply going to be cashed for a congenial press conference.”

Meacham said there’s no doubt that Trump is beholden to Putin, and he wonders what Russia will do next with that leverage over the American chief executive.