How "Who Is America?" tricked former Republican congressman Joe Walsh 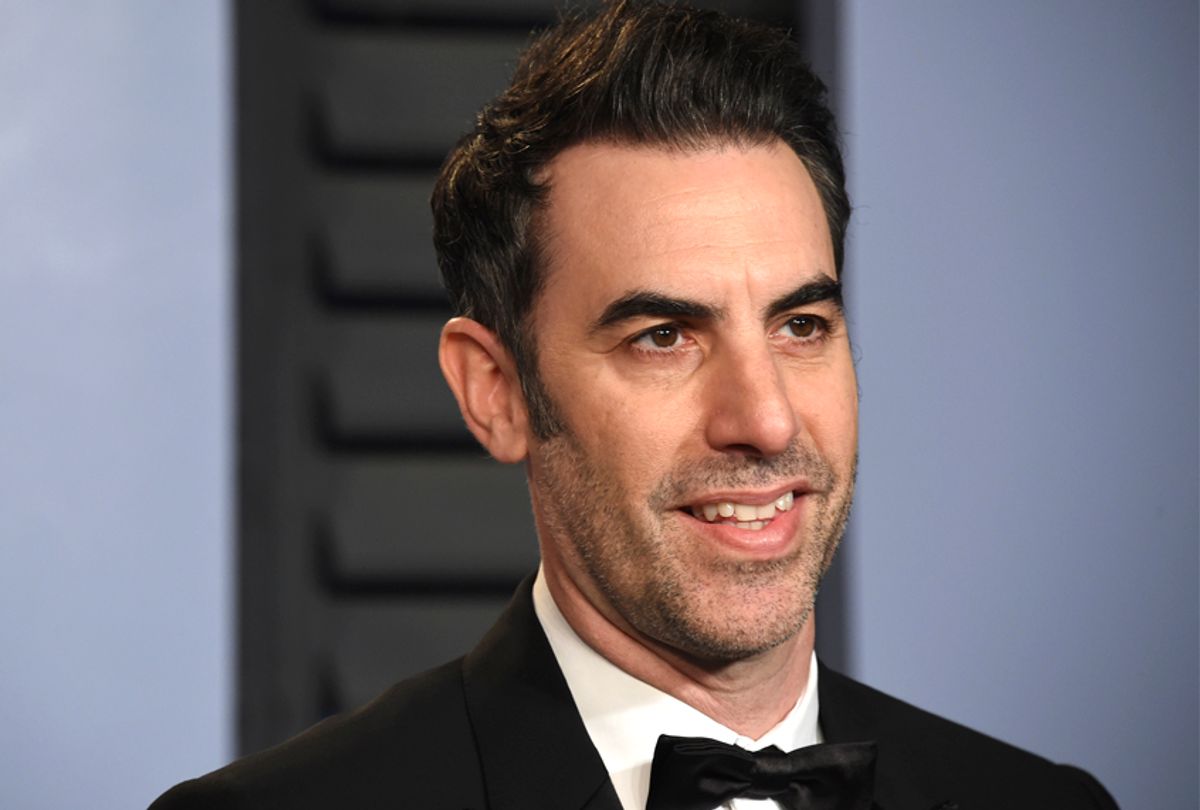 In the first episode of Sacha Baron Cohen‘s new Showtime series "Who Is America?", he roped several U.S. politicians into endorsing a program focused on arming children — in some cases, pre-schoolers — with guns and other weapons. And as Politico reports, the show utilized false identities, mock websites and lavish flattery to earn their interview subjects’ trust.

One of Cohen’s victims was conservative radio host and former Illinois Republican congressman Joe Walsh, who in one sequence endorses “Kinderguardians,” a non-existent course designed to combat school shootings by arming children.

Read more Rolling Stone: The Hidden World of the Amazon

“The intensive, three-week Kinderguardian course introduces specially selected children from 12 to four years old to pistols, rifles, semi-automatics and a rudimentary knowledge of mortars,” Walsh says in the clip, in which Cohen disguises himself as Israeli anti-terrorist expert Col. Erran Morad. “In less than a month — less than a month — a first-grader can become a ‘first grenade-r.’

According to Politico, "Who Is America?" first emailed Walsh in October 2017, when a woman identified as “Ashley Winthrop” reached out on behalf of the fictional production company “Fast Liberty Pictures” and invited the former politician to participate in a “docu-style series” on terrorism for Israeli television. Winthrop suggested an “on-camera appearance” in which Walsh “would meet with a gentleman from Israel who . . . has developed unique anti-extremist techniques that very few in the world are privy to.”

Walsh’s wife, Helene, responded to the inquiry and expressed interest, but a planned December interview never took place. Cohen’s team then reached out in February using the alias “Alexis Rothe” on behalf of the fictional Yerushalayim Television, informing Walsh that he’d been selected as one of Israel’s “70 at 70” list, marking the nation’s 70th anniversary.

Rothe flattered Walsh in the correspondence, writing, “The people of Israel understand that they owe their very existence to the unwavering support of powerful figures like Congressman Joe Walsh. We have already sat with Tony Blair, Rupert Murdoch, Larry Ellison, Bono, and Steven Spielberg.”

Helene Walsh attempted to verify the now-defunct website domain yerushalayimtv.com, which appeared to feature TV content in Hebrew. But, “since [they] don’t read Hebrew,” she told Politico, they were unable to verify the site. Walsh wrote back asking for an English translation; Cohen’s camp ignored that request, but the interview moved ahead anyway.

The "Who Is America?" crew set up an interview in late February at a Washington studio, where they presented the congressman with a statuette recognizing his “significant contributions to the state of Israel” and filmed his apparent endorsement of the “Kinderguardians” program. Days later, the Walshes asked the Israeli consulate in Chicago to examine the Yerushalayim website; after they discovered the site was fake, they contemplated hiring a private investigator but instead reached out to a lawyer. “We should have done more homework,” Helene Walsh told Politico.