Republicans are feigning surprise at Trump's fealty to Putin, and Samantha Bee is not having it

“There was not one part of that groveling display that Trump hasn’t said before,” Bee said of the Helsinki summit 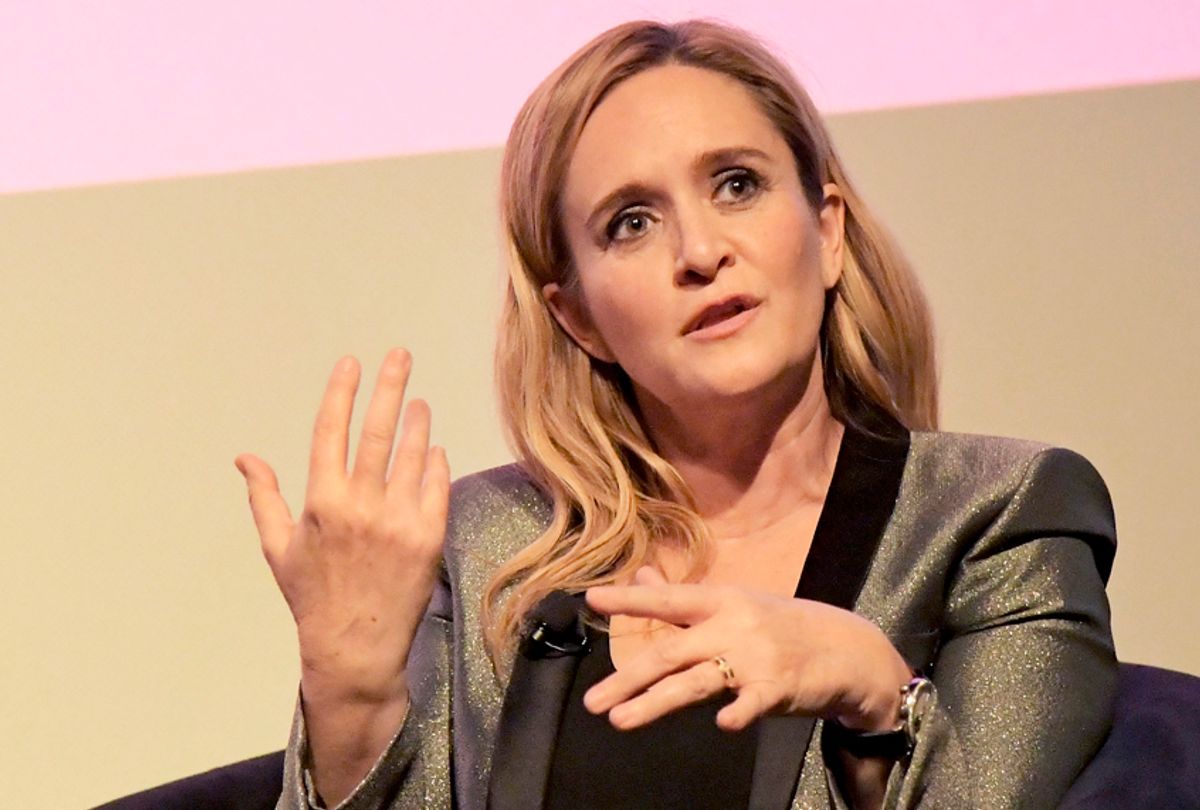 Nearly all liberals and a remarkable number of conservatives were aghast at Trump's remarks at the Helsinki summit, particularly when the President of the United States actually stood next to Vladimir Putin to deny Russian interference in the 2016 election and decry U.S. intelligence agencies’ probe as constituting a “witch hunt.” Late-night host Samantha Bee echoed that bewilderment on Wednesday night’s episode of “Full Frontal,” though not in the manner that you might think.

While Republicans and Democrats alike are coming out of the woodworks to voice their outrage over Trump’s behavior, the late-night comedian specified that her bewilderment resulted not from the notion that Trump would throw U.S. interests and agencies under the bus — but rather that the GOP is still stunned every time he does so.

“There was not one part of that groveling display that Trump hasn’t said before,” Bee said of the Trump and Putin love-fest.

Bee then backed her claim with a news-reel montage of Trump’s previous comments that prove his long-existing stance on Russia’s once-disputed intentions to meddle with United States politics.

“Every time [Putin] sees me, he says, ‘I didn’t do that.” And I believe, I really believe, that when he tells me that, he means it,” Trump told reporters in November 2017 about Putin’s interference denial.

Indeed, despite Trump’s bizarre fealty to Putin, Bee says the most staggering live-television antic this week was not the two world leaders “standing on a platform and roasting the United States like a geo-political Statler and Waldorf.”

“What shocked me was the fact that Republicans seemed shocked,” Bee mused.

Republican lawmakers and pundits have been quick and vehement in their condemnation of the too-close-for-comfort Helsinki meeting between our president and Russia’s.

Jeff Flake, Republican Senator from Arizona, tweeted that he “never thought [he’d] see the day when our American president would stand on the stage with the Russian President and place blame on the United States for Russian aggression.” Flake was specifically reacting to Trump’s statement that “we’re all to blame,” which he said when pressed about holding Russia accountable.

Former Speaker of the House Newt Gingrich, usually a Trump loyalist, also admitted on Twitter that his party leader’s statements at the summit were deplorable and confirmed his conviction that what transpired in Helsinki was “the most serious mistake of [Trump’s] presidency and must be corrected — immediately.”

Senator John McCain, R.-Ariz., who has been the victim of Trump vitriol in the past and who is currently absent from the Senate due to an ongoing battle with cancer, released a statement denouncing the press conference and Trump himself for proving not only unwilling, but unable to stand up to Putin.

“These were the deliberate choices of a president who seems determined to realize his delusions of a warm relationship with Putin’s regime without any regard for the true nature of his rule,” McCain said.

Bee continued her segment, completely dumbfounded by the fact that Republicans are only now reacting in pure horror over Trump frolicking with Putin, as if such flagrant behavior hasn’t been happening or even warned about by Hillary Clinton two years ago.

Refusing to give Republican lawmakers any credit for their sudden change of heart, Bee referred to the GOP as “less of a family, and more of a ‘Klan’” and laughed them off as “every bit as compromised by Russia as Trump.”

“In fact, they’re worse.” Bee said. “[Mitch] McConnell and [Paul] Ryan have so far put up with everything Putin wants, and as far as we know, they haven’t been peed on by anyone!”

In typical biting fashion, Bee joked about Russia's dwindling relevance — our 30th biggest trading partner below the fictional nation of Westeros, she joked — and then compared the nation of Russia to Danny DeVito’s diminutive yet bellicose character in “It’s Always Sunny in Philadelphia." Bee saved some criticism for the mainstream media, castigating reporters and pundits who follow the never-ending Russian interference saga, yet somehow still feign shocked every single time Trump defends Putin.

“What is your excuse?” Bee asked, “Because no one in your profession should be this shocked the 50th time someone does something. How? How can you be shocked by the President saying the exact same thing he’s said countless times before?”

Watch the full segment from “Full Frontal with Samantha Bee” below.