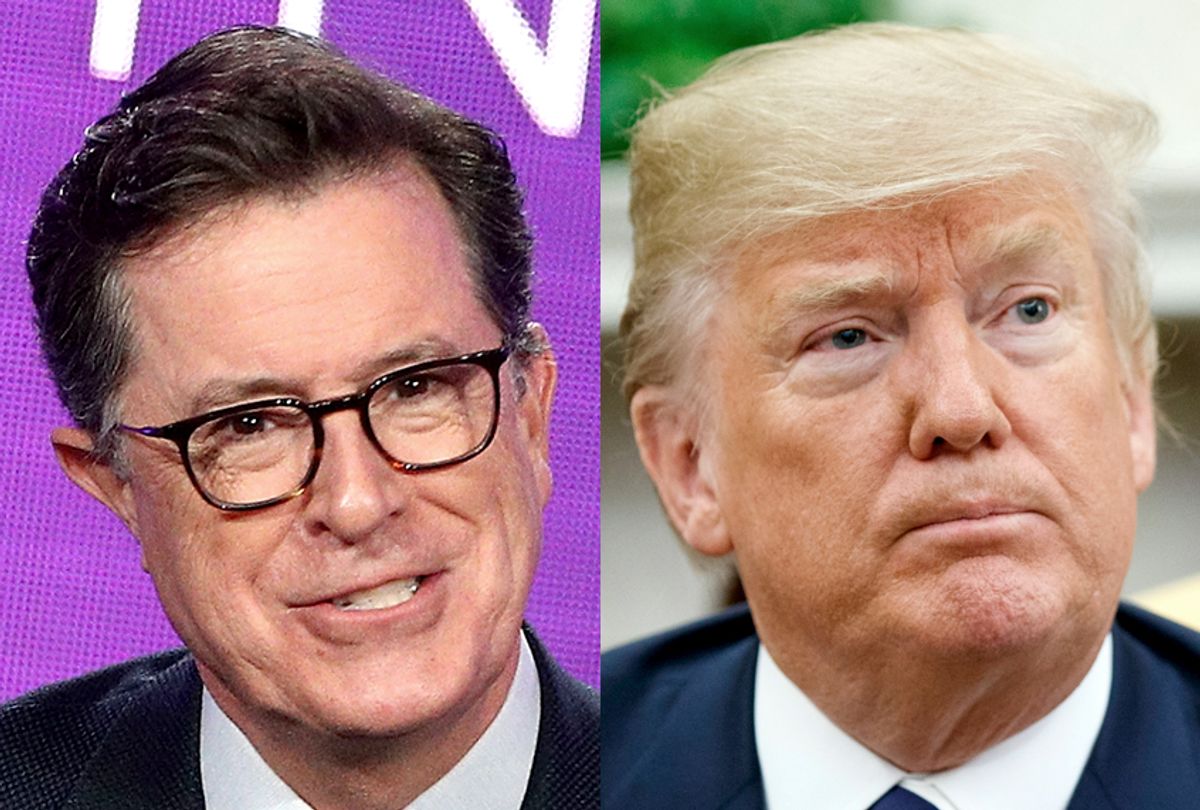 According to Stephen Colbert, after President Donald Trump’s joint press conference with Russian President Vladimir Putin, “some people are beginning to think Trump might not be a good president.”

Reading headlines, Colbert explained that even Trump officials are embarrassed by the president.

“Now they’re embarrassed?!” the “Late Show” host exclaimed. “Look, I was with him with the Nazis and imprisoning children but siding with the Ruskies? They killed Apollo Creed.”

The New York Times reported that once Trump came on Air Force One and the responses began to filter in, “his mood turned foul.” The story said that even Trump’s staff avoided the front of the plane so as to not get pulled into a venting session.

“Uhhh, attention passengers, this is your pilot speaking,” Colbert said as an impersonation. “Uhhh, you’re going to want to fasten your seat belts because no one is flying this plane. I am not going up there.”

Colbert continued, characterizing Tuesday’s press conference in front of Republican leaders as the president’s induction into the “Lying Hall of Fame.”

First, Trump said that he met with the Queen of England, “where she reviewed her honor guard for the first time in 70 years, they tell me.”

“Then they lied to you because she hasn’t even been Queen for 70 years,” Colbert said. “And here she is doing it just a few years ago. But that’s just a warm-up lie. Trump knows you’ve got to limber up before you start yanking the big ones out of your keister.”

In his second statement, Trump said, “When I left, everyone was thrilled.”

“That is not a lie. We’d all be thrilled if you left,” Colbert said.

He then played the moment at which Trump walked back his comments from Monday, only to repeat them. Colbert noted that either the president can say it was Russia or he can say it is other people, but he can’t say both. He compared it to saying that he married Melania, or other people, because “there’s a lot of people out there.”

When Trump changed his statement from “would be” to “wouldn’t be.”

“The sentence should have been that,” Trump said.

“Yes, it should have been that. It was not that,” Colbert said. “But then again, who among us hasn’t said the exact opposite of what he just said in front of cameras on multiple occasions? I’m sorry, let me clarify. That sentence should be: Who among us has not not done that? If you could just add a new word in, what’s next?”

Colbert then figured Trump would start changing everything he said.

“After Charlottesville, I meant to say that there are bad people on both sides and also on that bus I meant to say respect her by the p*ssy,” Colbert joked. “So out of all of those terrible words in that press conference, you’re only taking back one of them?”

Watch the full opener below: