Who are the 12 Russians indicted by Robert Mueller? 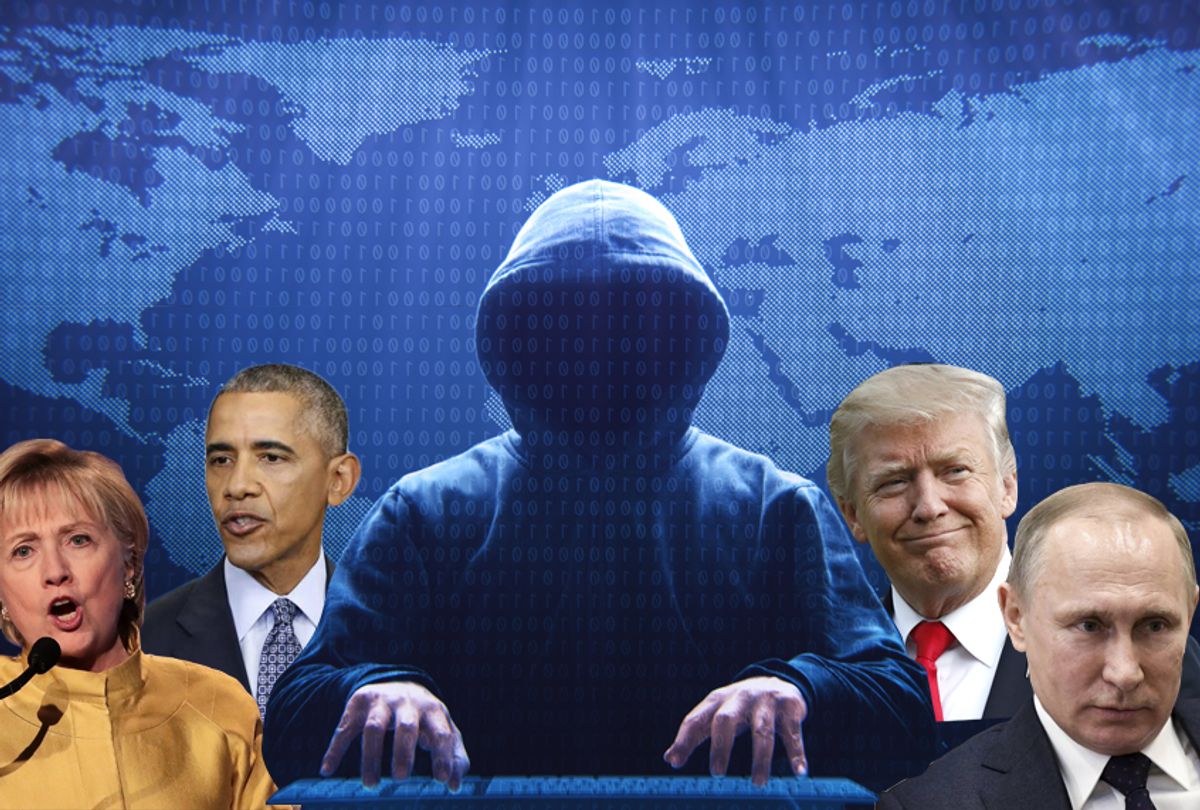 If you've been following the Trump-Russia scandal over the past week, it's nearly certain that you've heard about the 12 Russian officials who were indicted by the Grand Jury of the District of Columbia. It is the fact that these people were indicted that prompted Russian President Vladimir Putin to insist that American President Donald Trump turn over Americans like one of our former ambassadors, Michael McFaul, over to his government in order to be interrogated.

The key difference, of course, is that Putin is fabricating charges against McFaul and others like whistleblower Bill Browder, while the accusations against the 12 Russian officials are rooted in serious investigative work. Yet who are these dozen Russians that have been identified by Robert Mueller's investigation?

According to the indictment, the Russian officials singled out by the government were Boris Alekseyevich Antonov, Dmitriy Sergeyevich Badin, Anatoliy Sergeyevich Kovalev, Nikolay Yuryevich Kozachek, Aleksey Viktorovich Lukashev, Artem Andreyevich Malyshev, Sergey Aleksandrovich Morgachev, Viktor Borisovich Netyksho, Aleksandr Vladimirovich Osadchuk, Aleksey Aleksandrovich Potemkin, Ivan Sergeyevich Yermakov and Pavel Vyacheslavovich Yershov. With the exception of Kovalev, the indictment describes all of these individuals as "GRU officers who knowingly and intentionally conspired with each other, and with persons known and unknown to the Grand Jury (collectively the 'Conspirators'), to gain unauthorized access (to 'hack') into the computers of U.S. persons and entities involved in the 2016 U.S. presidential election, steal documents from those computers, and stage releases of the stolen documents to interfere with the 2016 U.S. presidential election."

The indictment claims that these individuals hacked the email accounts of staffers and volunteers at Hillary Clinton's presidential campaign by at least March 2016, hacked into the computer networks of the Democratic Congressional Campaign Committee and Democratic National Committee by at least April 2016 and began releasing tens of thousands of stolen emails and documents by at least June 2016, continuing to do so through the month of the presidential election.

And who are they specifically?

According to the indictment, Netyksho is a Russian military officer whose unit (Unit 26165) "had primary responsibility for hacking the DCCC and DNC, as well as the email accounts of individuals affiliated with the Clinton Campaign." Antonov was assigned to that same unit and oversaw a department within it that was "dedicated to targeting military, political, governmental, and non-governmental organizations with spearphishing emails and other computer intrusion activity." Antonov is accused of having "supervised other co-conspirators who targeted the DCCC, DNC, and individuals affiliated with the Clinton Campaign." Badin held the title of "Assistant Head of Department" in that unit and supervised various attacks on the Democratic and Clinton-related targets chosen by the Russian government.

Then there is Yermakov, who the indictment claims was a master of aliases, using "various online personas" in order to engage in a number of hacking operations. These names included "Kate S. Milton," "James McMorgans" and "Karen W. Millen." Lukashev was a senior lieutenant in the Russian military and, like Yermakov, used a number of online pseudonyms, including "Den Katenberg" and "Yuliana Martynova." Lukashev "sent spearphishing emails to members of the Clinton Campaign and affiliated individuals, including the chairman of the Clinton Campaign." Morgachev, by contrast, was in charge of a department at the unit that developed and managed malware, including one hacking tool called "X-Agent," and is charged with supervising the agents who implanted the X-Agent malware on DCCC and DNC computers and then monitored it.

Kozachek is described in the indictment as a lieutenant captain who had been assigned to Morgachev's department within Unit 26165 and employed pseudonyms like "kazak" and "blablabla1234565" in order to do his job. He also "developed, customized, and monitored X-Agent malware used to hack the DCCC and DNC networks beginning in or around April 2016." Yershov, meanwhile, is accused of having "assisted Kozachek and other co-conspirators in testing and customizing X-Agent malware before actual deployment and use." Malyshev, on the other hand, was a second lieutenant whose work for Morgachev's department involved monitoring X-Agent malware that had been implanted on Democratic Party machines. He used pseudonyms like "djangomagicdev" and "realblatr."

Later in the indictment more information is provided about Kovalev, namely that he "was an officer in the Russian military assigned to Unit 74455 who worked in the GRU’s 22 Kirova Street building (the Tower)."

Throughout the document, considerable detail is given about how various email accounts owned by either the Clinton campaign or other Democratic Party bodies were deliberately targeted by individuals or groups of individuals on this list. It explains how they hacked into these accounts and what they ultimately gained from doing so. Kovalev specifically is accused, among other things, of hacking the website of a state board of elections and stealing information about roughly 500,000 voters "including names, addresses, partial social security numbers, dates of birth, and driver’s license numbers." He is also accused of hacking into the computers of a company that supplied voter registration verification software, targeting "state and county offices responsible for administering the 2016 US. elections" and visiting the websites of counties in states like Florida, Georgia and Iowa in order to find vulnerabilities.

It is worth reminding the reader, at this point, of what McFaul told Salon earlier in the week — namely, that Putin is trying to create a false equivalency between the crimes he ordered committed by Russian officials and the fabricated charges he has created against McFaul and Browder.

"But let's be clear: What Putin was doing was assigning moral equivalency to a legitimate indictment with lots of evidence against several Russian military intelligence officers for violating American sovereignty in 2016 during the presidential elections, with a completely fabricated, cockamamie story invented by Putin," McFaul told Salon. "To even, for a moment, give any kind of dignity to what President Putin proposed was not in America's national interest, from my point of view."