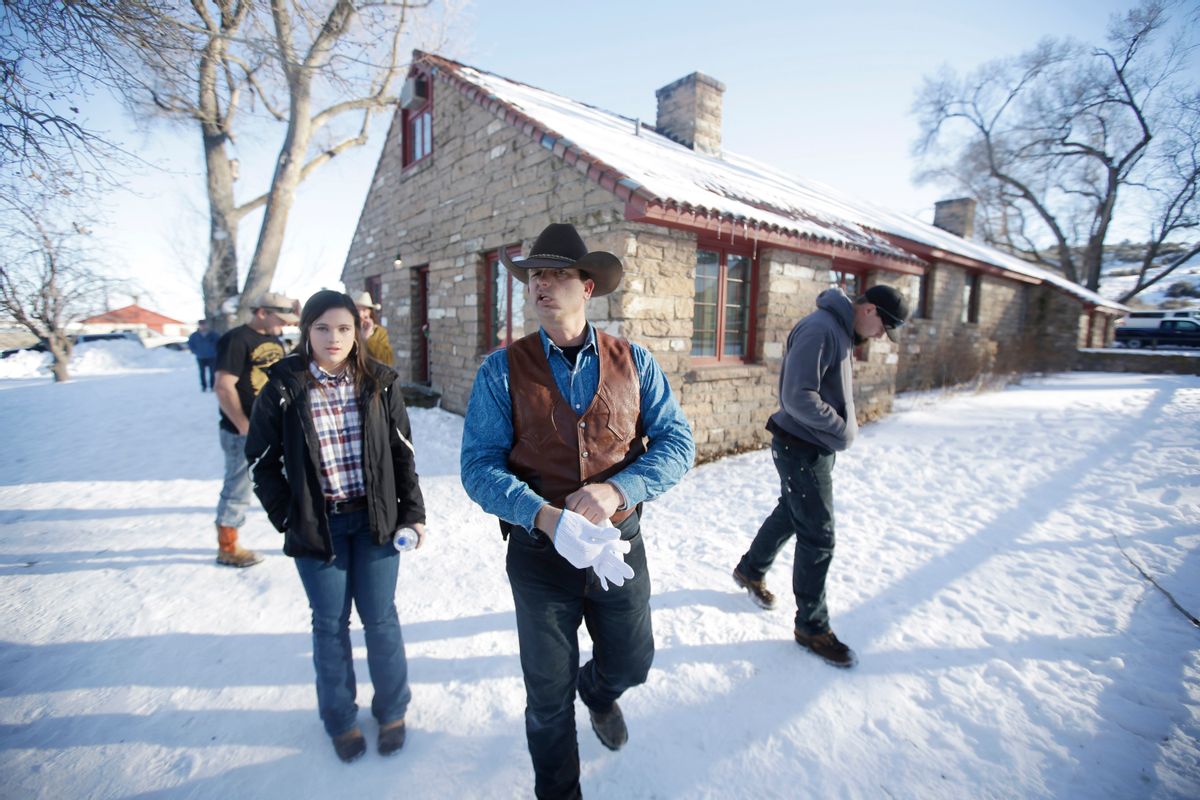 FILE - In this Jan. 8, 2016, file photo, Ryan Bundy, center, one of the sons of Nevada rancher Cliven Bundy, walks through the Malheur National Wildlife Refuge near Burns, Ore. (AP)
--

Donald Trump’s blink-and-you-miss-it pardons the cattle ranchers who inspired the Bundy militia serves as a reminder that he is “America’s first white president” — and of the lie that leads him and his supporters into believing they have dominion over America.

In a column for Rewire News, writer Jonathan Russell argued that when Trump pardoned Dwight and Steve Hammond for their 2012 arson convictions, he signaled that he believes white people have claim to American lands.

As Russell wrote, the Hammond pardons are far from the first time this president has furthered what anti-racist scholar George Lipistz calls “the racialization of space and the spatialization of race.”

According to the author, two major low points for Trump’s presidency — his so-called “internment” of migrants who cross without documents into America’s borders and his wink-and-nudge response to the violence in Charlottesville — provide examples of his belief in the white “spatial imaginary.”

“The border internment camps and the ideology of ‘the wall’ marks precisely the reinforcement of White dominion of border lands,” Russell wrote, positing that both his proposed wall and the detainment of undocumented migrants serves as a sort of ritualistic “reenactment” of white control over the land.

“This tight kinship was also on display in White supremacist rally chants of “blood and soil” in Charlottesville and the myriad filmed assault videos of Whites trouncing about patrolling public spaces and harassing non-Whites,” he continued, referencing the recent onslaught of viral incidents showing white people calling the police on people of color doing everyday things or harassing them as police look on.

As the writer sees it, “Trump’s full pardon of the Hammonds has doubtlessly shored up justification for such ritualized activities, further reiterating the toxicity of his presidency and the close link between Whiteness and land domination together with its near-ceremonial expression through otherwise illegal means.”