Robert Reich: The fog of Trump

President Trump is more clever than we think 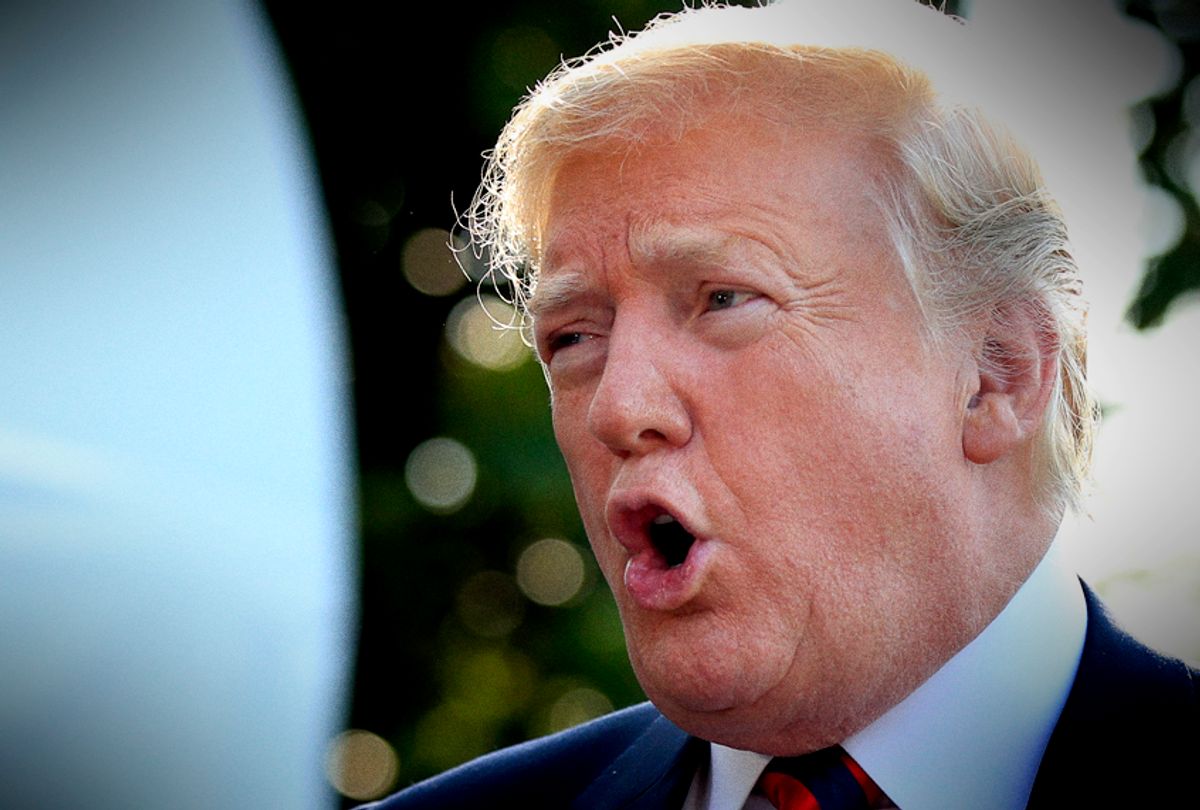 Trump uses 5 tactics to create a fog of confusion and bewilderment, so we don’t pay attention to the real damage he’s doing – undermining our democracy; rewarding the rich and hurting the working class, middle class, and the poor; stoking hatefulness; and undercutting America’s standing in the world.

1. His first tactic is to distract us — dominate the news with tweets and rants, accusations, who he’s fired, who he’s insulted, what he’s demanded. He wants us to be so preoccupied with all this that we lose sight of the big picture.

2. His second tactic is to divide and conquer, pitting groups against each other, riling up his base, stoking racial tensions, and vilifying opponents. He targets transgender people in the military. Goes after athletes – mostly black – who won’t stand for the anthem. Fuels fears of immigrants and foreigners, of liberals and Democrats. This way, public dialogue and discussion becomes so angry, bitter, and vitriolic that we end up shouting at each other instead of seeing the damage Trump is actually doing.

3. His third tactic is to lie and distort. He generates a torrent of “alternative facts” so we become disoriented and confused. Asserting that 3 to 5 million people fraudulently voted for Hillary Clinton in the last election, with no evidence they did. That unauthorized immigrants are responsible for a disproportionate number of murders and rapes. That climate change isn’t caused by people. His goal is for us to lose confidence in the truth so we can’t be sure of what he’s doing.

4. Fourth: conjure up conspiracies. He fuels paranoia about a “deep state” that’s intent on removing him from office, engaged in a “witch hunt” to undermine him, plotting to impeach him. But he never identifies who or what this “deep state” actually is. The mere assertion of a conspiracy is enough to generate suspicion, erode trust in the political system and in the media, and sow doubts about anyone who criticizes him or any findings that could show he acted illegally.

5. Fifth and finally: accuse the accusers. He alleges that others are doing what he is in fact doing. When the media catch him in a lie, he accuses them of disseminating fake news. He allows corporate lobbyists to run departments and agencies, and then accuses critics of being part of the Washington swamp. He seeks to cover up whatever he and his aides did with Russian operatives, and then accuses investigators of a being involved in a coverup.

These 5 tactics are all designed to hide what Trump is actually doing so we don’t mobilize against him. Be aware. Don’t allow Trump’s fog to cloud the truth.